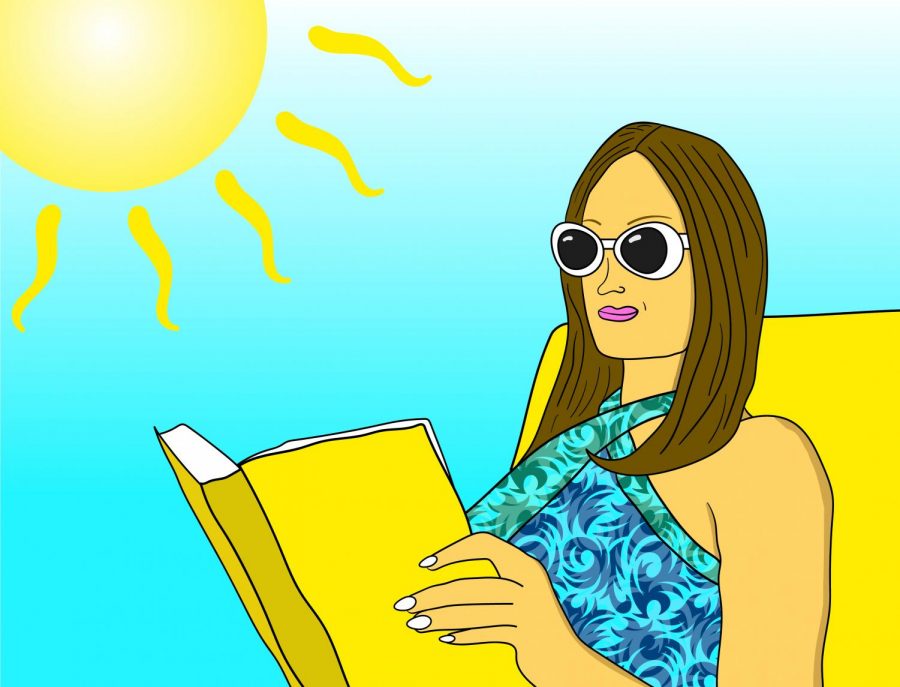 With the warmer weather on the rise, now is a perfect time to grab a favorite book and get carried away with the stories and way too dedicated to the fictional characters. Below are some books to help imagination take over while being lost in the stories and phenomenal writing.

Author Kristin Hannah recently gained popularity as her captivating writing style earned her a spot in Netflix’s top 10 with the release of the television show inspired by Hannah’s book “Firefly Lane.” Hannah’s 2015 hit deserves its moment of fame this summer. “The Nightingale” tells the emotional story of two sisters with an estranged relationship and how their involvement, or lack thereof, in World War II affects their own lives and relationship in France. This novel gives historical fiction an entirely new meaning as readers get lost in the story and fall in love with the characters while making readers forget that many of the themes described in the book actually happened. After finishing the nearly 500 pages page-turner, fans will be counting down the days for “The Nightingale” film, starring Dakota and Elle Fanning, set to be released in 2022.

Ashley Audrain’s debut novel “The Push” shares the chilling side of motherhood in this psychological drama through her lyrical prose. Blythe, a new mother, comes from a line of mothers who were always “different.” Blythe has a difficult time connecting to her daughter and believes the worst about her own child. Readers will find out how Blythe’s mental state affects her family and if her motherhood instincts were right about who her daughter really is after all. Though disturbing and difficult to read at times, Audrain stuns readers through “The Push,” and readers will have a difficult time putting the drama down, even if they begin to sleep with one eye open.

Have you ever wondered what Nick Carraway was like before he met Jay Gatsby? Bestselling author Michael Farris Smith fills in many gaps about who Nick is and what events led him to the moments before meeting Gatsby. In this “The Great Gatsby” prequel, “Nick” tells the story of how fighting for his life in the trenches and tunnels of World War I, falling in love in a Parisian cafe and accidentally being a part of an arson and murder investigation finally gave him the wake-up call he was searching for. Every moment in Nick’s life eventually led to the moment he became a part of Gatsby’s life, and the moment he wrote his first story and never stopped.

Delia Owens’ “Where the Crawdad’s Sing” has earned its spot on the New York Times Best Seller list for 124 consecutive weeks as of early 2021, and it continues to be worth the hype. Owens tells the bittersweet and mysterious story of young Kya, or Marsh Girl as known by her neighbors. Kya is forced to learn independence at much too young of an age while also attempting to fall in love, make a living and grow up. Owens captures the beauty of the nature that lives in North Carolina and what it means when a young woman must learn to stand up for herself, all while being accused of murdering the town’s most popular football star. In a surprising twist ending, readers will need to read on to truly understand why this novel is so popular.

Kate Russo’s witty writing shines through in her newest novel, “Super Host.” Bennett Driscoll, who recently earned the “Super Host” status on AirBed for his U.K. home, aims to please all of his guests who choose to rent from him, all while living in his tiny greenhouse behind the house. This novel tells the loving, bittersweet story of how Bennett’s guests affect his life and how his curious personality affects the lives of his guests. Readers will quickly fall in love with the quirky characters and will laugh and cry at Russo’s writing.