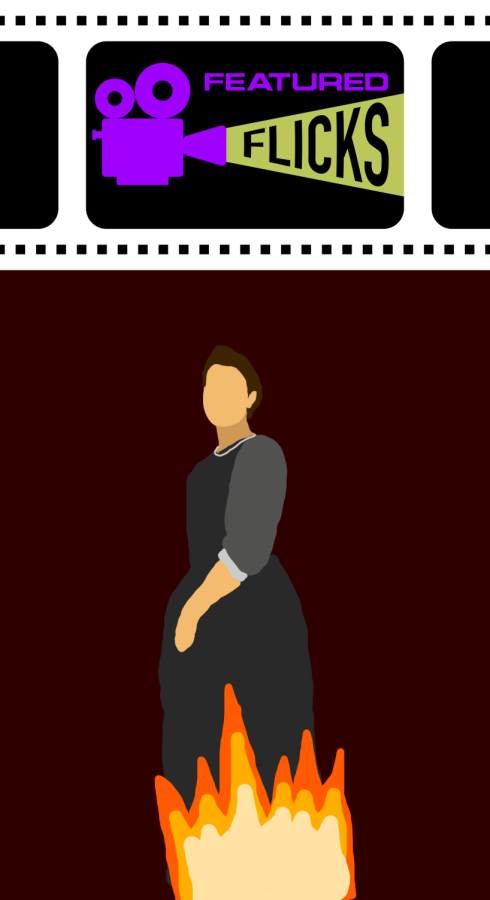 Céline Sciamma’s 2019 film “Portrait de la jeune fille en feu,” also known as “Portrait of a Lady on Fire,” was named one of the top five foreign language films in the year of its release by the National Board of Review of Motion Pictures. It competed for the Palme d’Or at the 2019 Cannes Film Festival and won the Queer Palm as well as Best Screenplay. Sciamma was the first female filmmaker to win the Queer Palm, an award given to the best LGBTQ-centered film at the festival.

A young painter, Marianne, is commissioned to complete a portrait of Héloïse, a woman being sent off into a marriage with a man against her will. Marianne’s straightforward task becomes complicated when she is informed by Héloïse’s mother that she must conceal her true motives as to why she was hired so as to not dissuade Héloïse from spending time with her. Other artists have come to paint her, but Héloïse has refused to pose for anyone, causing each painter to be unsuccessful in their attempts. Marianne, feeling the guilt of lying to her newfound companion, admits the truth of her hiring and as a result, Héloïse shockingly offers to pose for her. As the portrait develops on the canvas, a deep connection blossoms between the two women.

Sciamma has referred to the film as “a manifesto on the female gaze.” The film portrays females with a sense of reality and respect that films that use the male gaze fail to do. In her previous work, Sciamma’s storytelling has come from a personal perspective that illustrates narratives focused on queer, female characters. “Portrait of a Lady on Fire” is a period lesbian love story that departs from Sciamma’s other films as it sends the viewer back in time.

The film is full of references to other famous works of art. Many shots and themes in the film are inspired by Ingmar Bergman’s “Persona.” Portions of the story were inspired by Annie Ernaux’s memoir, “L’événement.” The story has a beautiful connection to the Greek legend of Orpheus and Eurydice that lingers throughout its duration. As Sciamma pays homage to many of her influences throughout her filmmaking career, it really resonates on screen.

Adèle Haenel and Noémie Merlant give some of the best performances in modern film as Héloïse and Marianne respectively. There is nothing showy or extravagant about their acting styles but instead heavily nuanced. They take the women off the page with such devotion and care for who they are. The tension between them feels palpable and electric. It is as if the audience is watching real people develop a relationship.

Apart from the romance between the two protagonists, the film has a deep emphasis on female solidarity and the importance of finding strength amongst women. Whether it is shown through completing mundane tasks as a unit or a ritual of some sorts, there is a sense of security when the women are seen working as one. There is a clear lack of men in the film, and when they do rarely appear or are mentioned, it feels as though it is a warning that the safety of the women’s isolation is being jeopardized.

While there are not many characters in the film, silence becomes one of the main players. The quietness of the island they are on manifests itself into an intimate presence that transcends beyond the screen. Even when words are not exchanged between Marianne and Héloïse, there is an understanding and comfort within the stillness. There is a clear lack of score in the film, but when music does make an appearance, it is extremely pivotal to the emotional crux of the story.

The cinematography, done by Claire Mathon, is visually stunning with crisp, clean colors framing each shot. The point-of-view shots in the film allow the viewer to observe Héloïse as though they are the ones memorizing her features for the portrait. The way the film progresses shows the painting comes to life just as Héloïse does, as if there is a parallel between life and art.

Sciamma’s “Portrait of a Lady on Fire” is an exemplary addition into queer cinema as it presents this touching love story with such beauty and grace. It takes the theme of fighting the circumstances that women find themselves in and evolves it into a story filled with connection, love and female resilience. If this film had to be described in just a few words, it would have to be: a blazing intimacy.