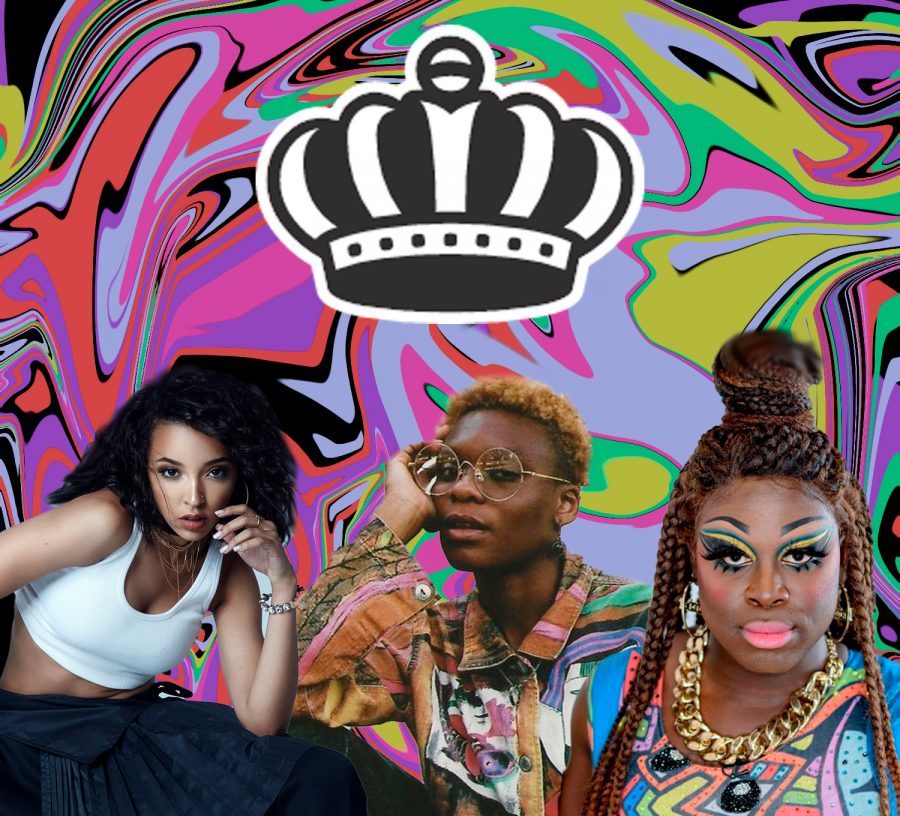 Pygmalion has arrived, and so has buzz’s excitement for the festival. After the lack of musical performances and a normal Pygmalion last year, many community members are excited for the festival’s return, especially considering this year’s stellar lineup. Though every year each performer brings his or her own unique show to the festival, the buzz writers have a few specific guests and events they’re looking forward to.

One of Pygmalion’s best events is actually one that isn’t music-related. Made Fest, which is basically a farmer’s market for art, features local businesses that sell pretty much anything, from clothes to flowers, to homemade soaps. Every business has something unique to offer, and it’s a great event to visit if you’re looking for something homemade or are trying to find a gift for someone else.

Something else that makes this event stand out at Pygmalion is the energy it creates. Everyone is there to check out local businesses and see what the C-U community has to offer, so you really can’t go wrong visiting Made Fest and checking out some of the creative stuff available.

Made Fest will take place outside Rose Bowl Tavern Friday from 5 p.m. to 11 p.m. and Saturday from noon to 11 p.m.

If you’re involved in Champaign-Urbana’s indie-punk music scene, you’ve probably heard of Nectar. I recently interviewed vocalist/guitarist Kamila Glowacki regarding the band’s recently released single, its upcoming album release and its Thursday Pygmalion show at NOLA’s Rock Bar in Urbana. I was totally bummed when I realized I couldn’t see the band play at Pygmalion, but I know its performance will be a festival highlight. I hope Nectar will play “Birthday” and “Change Your Mind” from its 2018 album, “Knocking at the Door,” and I know it’ll definitely play its latest single, “Routine,” which was released on Sept. 9. Also, the band will probably play some of its singles that were released in 2020, like “Blister” or “Fishy.”

Nectar will kick off NOLA’s artist lineup on Thursday at 8 p.m., with Retirement Party at 9 p.m. and Dogleg at 10:15 p.m. Its 30-minute set is sure to excite and energize the night’s festivalgoers, and because the band is performing in its hometown, its performance will be extra special to locals and Nectar itself. As we prepare for the festival’s kickoff on Thursday, be sure to check out Nectar’s music before its performance, and, if possible, definitely try to be there for the band’s performance.

This year’s Pygmalion Festival is expected to be unique compared to years past. I am looking forward to the smaller and more intimate shows and experiences, like the Literary Marathon. The Literary Marathon, taking place at Analog Wine Bar in Urbana, is set to be similar to a poetry slam with over 20 authors and poets passionately sharing their creative work. The Human Library, also taking place at Analog, will be a group of people with different backgrounds sharing their experiences of discrimination and providing community members with the opportunity to share and understand others’ experiences.

Pygmalion gives the chance for members of the C-U community to attend shows in venues all around the C-U area. Performing at Rose Bowl Tavern, Afro-D & Global Soundwaves are preparing to share their socially-conscious hip-hop/jazz/funk music to audience members young and old.

Perhaps the biggest star performing at Pygmalion, songwriter and singer Tinashe will take over The Canopy Club with her powerful soulful R&B. The Canopy Club is the perfect venue for Tinashe and fans to connect with good vibes and good music.

Champaign-based band Nectar will rock at NOLA’s Rock Bar. Originally an indie-pop solo act, Nectar currently leans toward the punk side of their music along with their indie-sounding roots. Nectar will excite fans at the rock bar while reminding them of the sounds reminiscent of early 2000s movie soundtracks.

With Pygmalion kicking off this weekend with performances of all kinds, I struck an interest in an event that takes the phrase “I’m an open book” to a whole new level. The Human Library event at Pygmalion is a learning platform where people volunteer as “books” for others to “read.” By that, it means people have one-on-one conversations with volunteers as they share their lives and experiences. The event’s volunteers are people from all different backgrounds who have faced some type of discrimination in their lives.

The not-for-profit event started in 2000 in Denmark and since then has spread to 30 countries over the world. Whether the discrimination was based on religion, race, gender identity, sexual preference, disability or other reasons, these volunteers are willing to tell their stories to spread awareness for these deeply important human issues.

The Human Library teaches people to unlearn their biases and look beyond a single identity. Not only do the conversations inform participants, but it also gives volunteers an outlet to share their stories in a safe space. This is definitely an event to look forward to, as it’s a great opportunity to learn from the experiences of others and create a more empathic campus environment. The insightful conversations will help the University build a community where we stop judging a book by its cover and instead, understand who people really are. The Human Library begins at 5 p.m. on Friday at the Analog Wine Bar in Urbana.