Evan Lyman of Deadly Habits has a ‘Night Vision’ 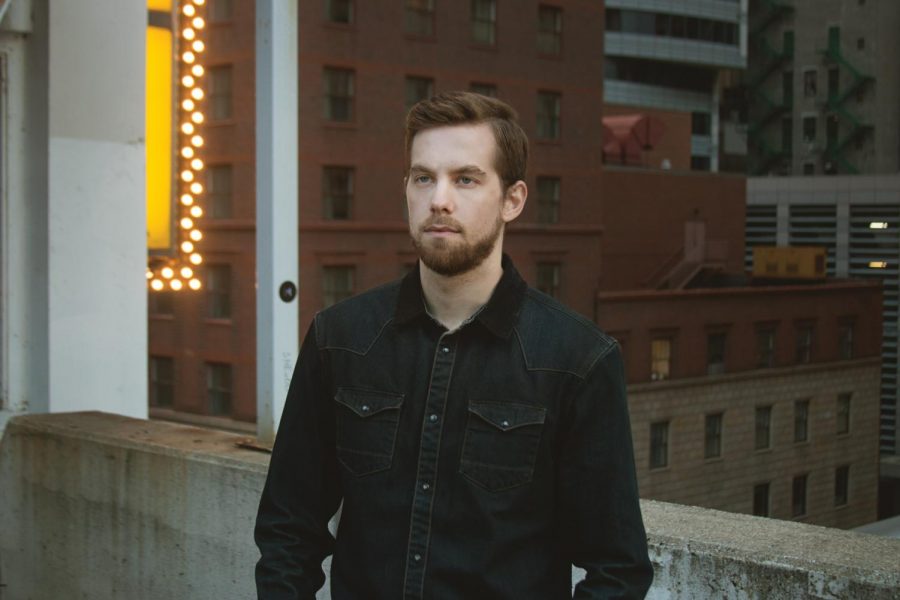 In June, former buzz Editor-in-Chief and Illinois alum, Evan Lyman debuted “Night Vision” under the moniker Deadly Habits. We sat down with Lyman to discuss  the new album, his plans for the future and how buzz impacted his career.

buzz: You’ve mentioned you’ve drawn influence from Blood Orange, who has put out some really cool stuff in the past, and David Lynch, who has really incredible sound design. Give us a few words on what inspired you on this debut project and what you intended for its sound.

Evan Lyman: David Lynch obviously is a director of movies and TV. He did “Twin Peaks,” which is pretty culturally relevant right now because it came back to Showtime, and it’s pretty incredible. He actually heavily, heavily influenced “Night Vision” because a lot of his work is kind of about the subconscious mind, dreams, meditation, essentially those kind of things and how those kind of seep into our real lives, our waking lives and the thoughts that we have, the desires that we have whether we like it or not.

The idea behind “Night Vision” was (that) I wanted to release something that from beginning to end took the listener on a journey and told a story. And that story was meant to feel and seem and behave like a lucid dream. So it was meant to, from beginning to end, take you on this journey like in a lucid dream where maybe you’re walking down a hallway or down a path; you think you know where you’re going and then when you get there, you open a door and it leads to a totally different place and that kind of was the basis of what “Night Vision” is.

Blood Orange is a huge influence on me as well. I look at him as one of the people that made me think I can do this. He’s a direct inspiration because he is a guitarist, he is a producer, a songwriter, he sings but he’s not only a singer, and on his albums, he’s not necessarily the lead singer on every song, which is similar to how “Night Vision” is. I sing on some songs, but I work with my girlfriend Animah (Boakye); she’s kind of the lead singer for the project.

buzz: Not only are you a multi-instrumentalist, but you’re also a writer and a journalist. You’re a University alum and a former buzz editor. How has your involvement in buzz impacted your life? Moving forward in your career with music, how does writing play in?

EL: For over a year, I’ve been at the (Chicago) Tribune publishing, doing obituaries, so I do that 9-5, and then, because I was putting so much effort into the album and everything, I haven’t really been writing too much. Although, I love writing.

As far as buzz, when I was a student and working there and everything, it was incredible. It taught me a lot. Things that happen behind scenes that no one sees; so much effort that you’re putting in that you may or may not be rewarded for necessarily, but that reward comes out when you see the paper, when your name is in print, your article is in print.

I honestly met most of my best friends at school through buzz. I got to meet and experience some really cool things just from the people I knew. We all had this kind of like-minded desire to show aspects of Champaign-Urbana that were maybe overlooked, especially from the student point of view. But there are so many cool artists that don’t get the attention they deserve. That was always fun and we love to showcase that.

buzz: What are your goals moving forward? “Night Vision” was one hell of a way to start, so what’s next in store? In terms of music, what’s next?

EL: The immediate next thing that we’re working on, Animah and I, is the live show. We really want to bring this to people in a live concert format and do it right. That’s the difficult thing. As far as music and instruments are concerned, it’s really just me, or mostly me. If you listen to the album, it can get very in depth, as far as how many layers are happening at once, the things that are coming in one ear and out the other. It’s going to be tough, but it’s something that we’ve been working on for a little bit.

buzz: Do you have any words of advice for creators? Obviously, U of I is a breeding ground for people who want to get content out. You’re a great example of that and doing it well.

EL: A) Believe that it’s possible. B) Believe that it’s doable. C) Find people and stick around people that are going to either help you make it happen or believe that it can happen. Those are the people you need in your corner. I’m working 9-5. I still have a regular job. That stardom has not hit by any means, but the more you believe that’s possible, the more you’re willing to sacrifice and work to make it happen, the more likely it is to happen. I would just say that you should have that goal, whatever that goal is, in your head, and you should be making steps toward it every day. Then, it’s going to happen.