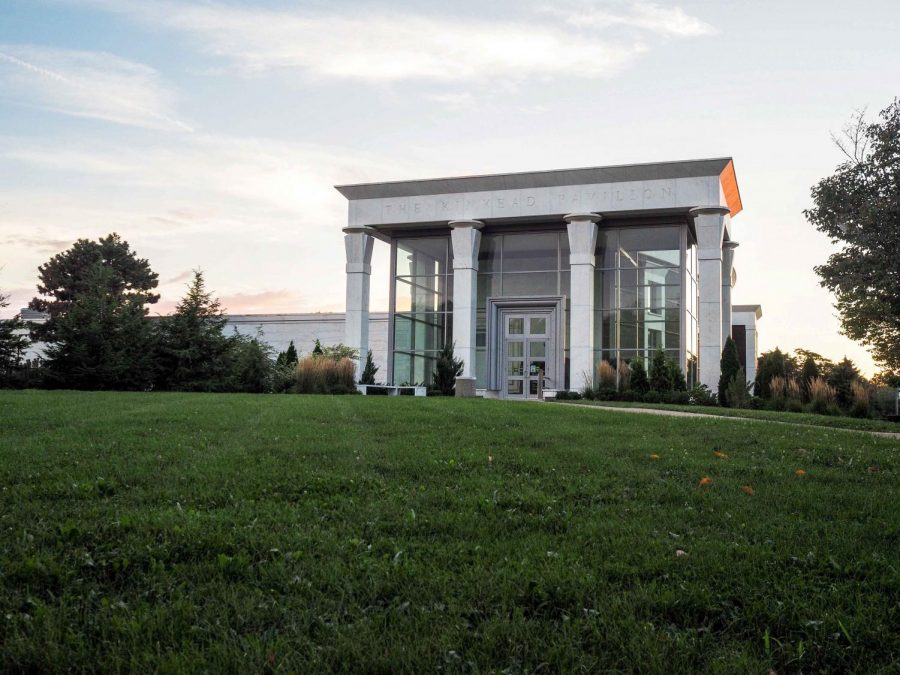 Located on the south end of campus and operated by the College of Fine and Applied Arts, the museum’s contribution to the community and the national fine arts scene should not go unnoticed.

The campus vibe and student-oriented programming are what sets it apart from other museums.

“We like to think we’re a little less stuffy than your average art museum,” Kelly said. “We had a student-organized study break during finals week last year called ‘Sugar High.’ It was totally put together by students and had art activities in all the galleries with a candy bar in the cafe where people could fuel up with the points they earned in the galleries. We had a little more than 200 students come through in an hour and a half. It was the best.”

The museum has seven permanent galleries that students can see at any time. The galleries represent fine art from all over the world, including European and American paintings, and South American and ancient Mediterranean art. There are also decorative arts with displays such as pottery, silver and furnishings.

The museum also features traveling exhibits. The current exhibition,  “World on the Horizon: Swahili Arts Across the Indian Ocean,” is open to the public and is dedicated to the arts of the Swahili coast. It will be in the museum until March 24, 2018.

The exhibition is an innovation, as it is the first major traveling exhibition dedicated to the arts of the Swahili coast. The exhibit is made even more special by the fact that it made its debut at the Krannert Art Museum.

After it leaves Illinois in March 2018, it will be moving to the National Museum of African Art in Washington D.C.

“World on the Horizon: Swahili Arts Across the Indian Ocean,” is not the only temporary gallery worth visiting. Also at the Krannert Art Museum is “Propositions on Revolution (Slogans for a Future)” that looks at contemporary art and asks questions about how revolution starts and what it means.

“Coveting Nature: Art, Collecting, and Natural History in Early Modern Europe” is an exhibit that highlights artwork from collections at the Krannert Art Museum and the Rare Book and Manuscript Library. There are illustrations of nature that show how artists and scientists work together.

The Krannert Art Museum also uses its gallery space to highlight social issues across the globe.

In December, there will be a special exhibition highlighting the AIDS crisis.

Julia Kelly, coordinator of communications and marketing at the Krannert Art Museum, said there’s something for every interest at the museum.

In addition to galleries and student-run events, the Krannert Art Museum features additional community engagement programs such as yoga, art sales and concerts.

Kelly emphasized that the museum is free and open to all, so any visitor can participate in any of its programming at any time.