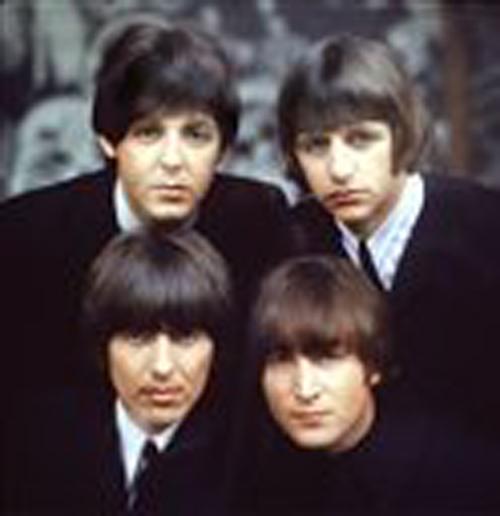 The Beatles, clockwise from top left,Paul McCartney, Ringo Starr, John Lennon, and George Harrison are shown on an album cover in 1965. ME Online

Everyone remembers hearing their first Beatles songs. For our grandparents and parents, it was on the Ed Sullivan Show in 1962. For the following generations, it was through endless collections of vinyl records, hippie neighbors and that one guy who plays “Here Comes the Sun” on guitar at every college party.

When “Yesterday” was announced I was excited. The question of what would the world be like without The Beatles is something pondered by many. The fact that someone finally made a movie about it shows that film isn’t a dying industry and we’re finally able to see how a concept like that, which wouldn’t work with any other band, is played out. However, as time slowly crept to its release date, I started getting worried. Was the entire movie going feature a whole bunch of cheesy covers of the Beatles songs we’ve grown to love? (They were actually fine.) Was Ed Sheeran going to be a good actor? (No, he wasn’t.) Were we going to get a cameo from Paul or Ringo? (We kind of did.)

After sitting through two hours of “Yesterday,” it’s safe to say it was pretty good. It wasn’t extraordinary, but I’d say it’s one of the best movies of 2019 by far because of its creativity. Himesh Patel provides an interesting performance as Jack Malik, the protagonist of the story who makes it big by playing covers of The Beatles after the world forgets during an international power outage. In the process, he struggles with maintaining fame and his relationship with life-long friend and friend-zoned Ellie, played by Lily James. His performance was interesting in the sense that he always looked confused, which made me question whether or not his face was naturally like that or if he generally had no clue what was going on. If it was the latter, then that was great acting. Anyone would be terrified if they were to wake up in a world that doesn’t remember The Beatles, Coca Cola or Oasis.

I loved the subtle and clever incorporation of the history of the Beatles throughout the movie. My favorite was during one of Jack’s dreams where Ringo Starr and Paul McCartney without any shoes on both walked out onto James Cordon’s night show. The lack of shoes hints to the “Abbey Road” album and the conspiracy theory that Paul actually died in the 1960s due to a car crash. An honorable mention was how Ellie and her complicated relationship with Jack was an homage to “Eleanor Rigby,” who is stood up at the altar in the song.

The film left some questions unanswered. Why did Ed Sheeran have “Shape of You” as his ringtone? How did one of The Beatles come back from the dead? Why do only two other people remember who The Beatles are out of billions? I didn’t like some of the editing choices made in terms of the transitions from scene to scene. Also, there were definitely funny moments, but other jokes fell flat and were predictable, especially during the interactions between Jack and his parents.

The most disappointing part of the movie was the ending as I felt like there’s a lot of ways this story could’ve been played out. It would’ve been nice to see it touch on how Jack continuously lost his artistic originality throughout the movie as it’s briefly seen when Kate McKinnon’s character rejects one of Jack’s original songs. In a perfect ending, Jack should’ve gone back to his roots by performing his own songs. Instead, we got a cover of “Ob-La-Di, Ob-La-Da” sung in unison with Jack and a group of school children. Then again, the inclusion of the song gives the audience a positive message after the journey: Even though one of the best bands ever has been erased by the masses, life still goes on and they’re able to get past it by spreading as music as possible. For that, I commend “Yesterday” for bringing our fantasies to life in the most respectful way possible. It’s amazing to see that The Beatles left behind that big of a legacy that goes beyond making a lazy biopic and being done with it.