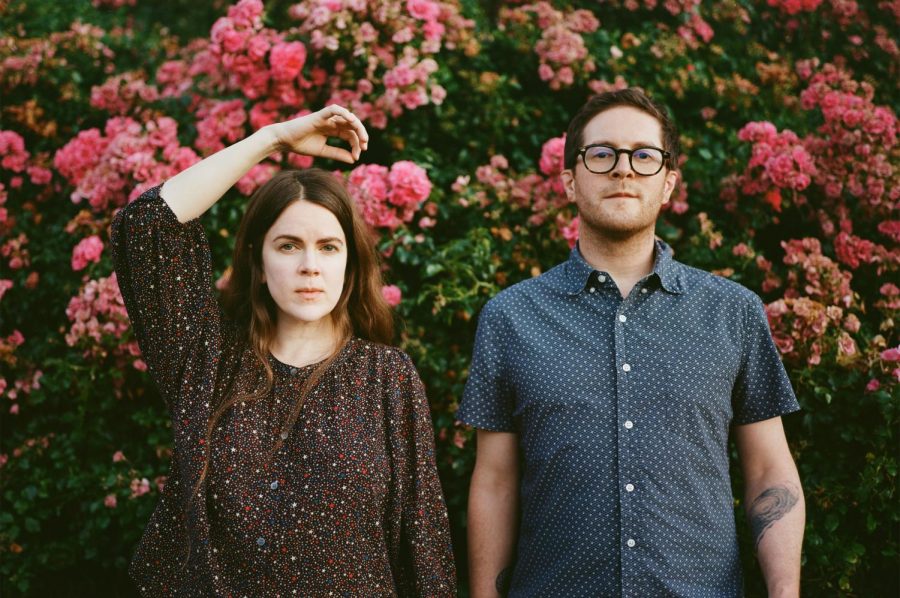 The members of Lore City, Mary Williams and Eric Bessel, pose for a band photo in Portland, Oregon on Aug. 16.

buzz factor: 3/5 Like many relationships, the one between Laura Mariposa Williams and Eric Angelo Bessel was a gradual development. The pair met in 2003, formed a band, Lore City, together in 2011, and married shortly after that. Like life often imitates art, the two released their last album six years ago.

Oct. 6 marks the release of Lore City’s third studio album, “Alchemical Task,” and it’s everything listeners would expect of avant-garde musicians from Portland, Oregon. The duo’s goal is to tune into symbols that arise in a person’s life and translate them into musical form. “Alchemical Task,” a direct reflection of this philosophy, is filled with ambient music that dives into the themes of loneliness, acceptance of individuality and finding one’s place in the universe.

The only thing that distinguishes some of the album’s songs from others is they fade out at the end. Without these fade-outs, listeners can struggle with determining when a song ends or starts, especially since most of the songs are eight minutes long. Lore City also manages to use only a few verses per song, leaving plenty of space for musical experimentation. And, of course, the duo takes full advantage of this.

The album begins with a track called “Separateness.” It follows a consistent bass drum beat but seems a little out-of-place with the rest of the song’s instrumentation. The introduction of several synth pianos makes up for this, though, as each synth builds upon one another until Williams begins to sing. Even in the first song, listeners get a taste of how hypnotic Williams’ voice is. Its softness can put one into a dream-like state, like a mother singing a lullaby to her child. After the singing is done, the listener can easily determine the song’s foundation relies entirely on the alternation of two notes toward the end of the song.

Perhaps the simplicity of notes can go a long way, which can be said for the following track, “It’s All Happening.” Musically, it has nothing happening at all, and it follows an almost identical song structure to “Separateness.” However, Lore City’s choice to alternate between several flat notes creates a very unsettling ambient sound. The song sounds like something that would play as the world goes up in flames. The lyrics add to this very ominous-sounding piece, which can be heard in the lyrics, “Brown and lifeless river / Beds recede and the / Deepest lakes / Turn to dust.”

It seems only unfitting to follow a song like “It’s All Happening” with “Beacon of Light,” which takes the album into an entirely different direction. “Beacon of Light” is more like an inspiration spoken work with a backing track. As the title suggests, the song encourages listeners to open up and share their perspectives with others.

At first glance, the placement of these songs is near random. This was probably intentional, however, Lore City mentions circular symbols, such as a wheel in “Separateness” and a ying-yang in “Into Your Blue.” The subject matter gets much darker toward the album’s end with “Beyond Done,” a lyrical manifestation of someone dealing with depression. However, right afterward, “Don’t Be Afraid” indirectly assures listeners things will be okay without mentioning the preceding song’s subject matter. The album might be expressing life will always have ups and downs, but the universe has a plan and will eventually come full circle.

“Alchemical Task” is a challenging listen. People can easily lose focus on the lyrics’ meanings, as they’re sandwiched in between long periods of instrumentals. No clear pattern is present in each song’s subject matter either. With this in mind, however, Lore City still manages to take listeners on a journey through the waves of life. It should be interesting to hear where this experimentation takes the couple in the future.