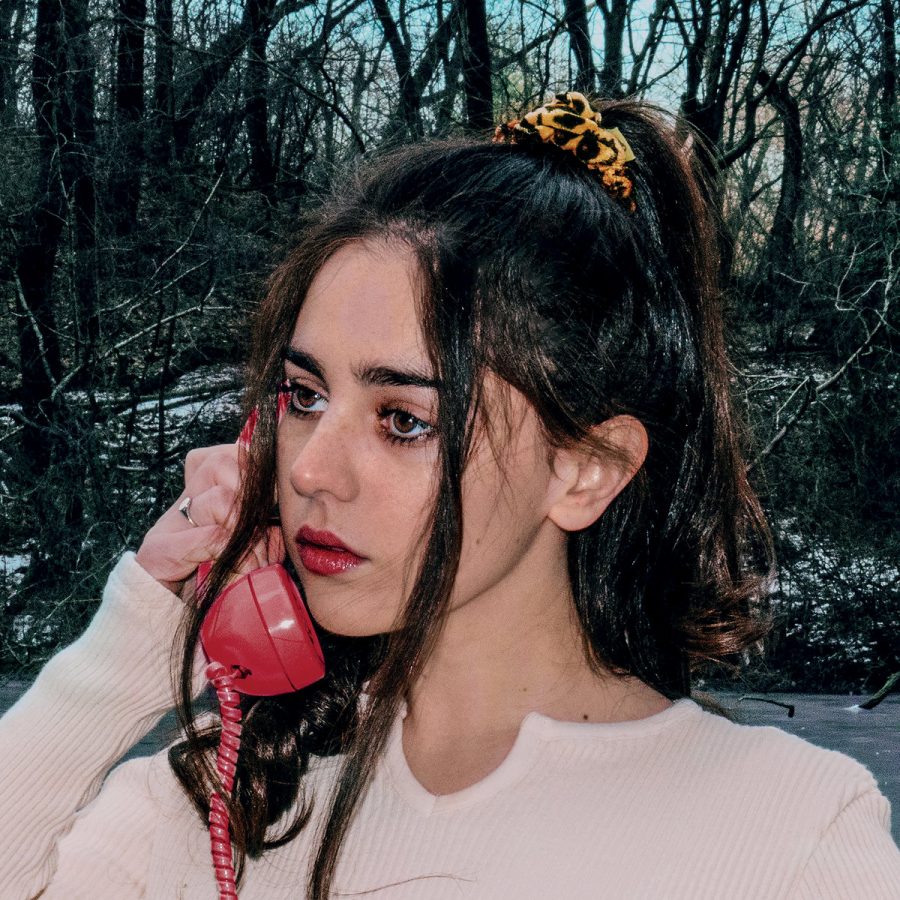 The cover art of Samia’s new album, “The Baby.” The album was released on Aug. 28.

Released on Aug. 28, Samia Finnerty’s “The Baby” takes listeners on a celebratory journey of discovering that life isn’t the picturesque and adventure-packed journey that movies convince us it is. For a debut album, Finnerty exquisitely encapsulates the human experience through her authentic portrayal of loneliness, desire and betrayal.

Signed to Grand Jury Music, Finnerty has released a string of singles and one album. “The Baby” is an impressive display of Finnerty’s musical artistry and features notable songs, such as “Fit N Full,” “Big Wheel” and “Triptych.”

In “Winnebago,” Finnerty confesses her tendency to put on a pleasant facade when she’s in the public eye, even though she may be on the verge of tears. The song begins with a light, simple melody accompanied by Finnerty’s vocals, which loosely follow the pattern the initial melody sets. “Winnebago” starts modestly and increases its intensity at each chorus until it reaches the bridge. Finnerty’s resonant voice powerfully echoes as she acknowledges she may never be truly understood. Halfway through the bridge, the song’s intensity decreases and reverts to its original soothing tone. “Winnebago” portrays the human experience of acting like someone else to appear likable, and the tune concludes with Finnerty’s acceptance that she’s on her way to being herself.

In a track favorite, “Waverly,” Finnerty reflects on her inability to approach an unnamed woman, whom she calls Waverly. The tune begins with Finnerty’s dulcet voice wistfully describing Waverly, who works at a restaurant Finnerty visits. The song begins with her vocals and piano, and she is gradually joined by guitar, bass and a drum set that remain well balanced throughout the song. The sweet-sounding chorus is brought to new levels through Finnerty’s vocal shift to falsetto, which gives her voice a siren-like quality. In the chorus, she acknowledges how, at the root of her contact with Waverly, she is a customer no matter how she acts. Waverly’s unattainability is a focal point of the song as Finnerty daydreams of the implausible relationship between her and Waverly.

“Is There Something in the Movies?” is a heart-wrenching centerpiece of the album that depicts Finnerty’s disenchantment with the entertainment business. The song begins soft and slow, and it is carried solely by her vocals and an almost silent guitar. Her voice and lyrics are the song’s focal points, which is evident near the ending when her volume increases exponentially with palpable despair that leaves listeners in awe. The piece illustrates Finnerty’s resentment and lingering sadness toward the entertainment industry and her ultimate rejection of it at the song’s end. “Is There Something in the Movies?” is a surprisingly emotional song that will stop listeners in their tracks and leave them to rethink their outlook on the entertainment industry in the wake of Finnerty’s experiences of death, loss and betrayal.

At its core, “The Baby” is Finnerty’s raw, authentic account of learning that sometimes life is awful, and there’s nothing we can do about it except keep moving forward. The album is her method of learning how to be alone and learning how to be okay with being alone. “The Baby” features an impressive display of her introspective personality, and listeners should have high expectations for her future releases.