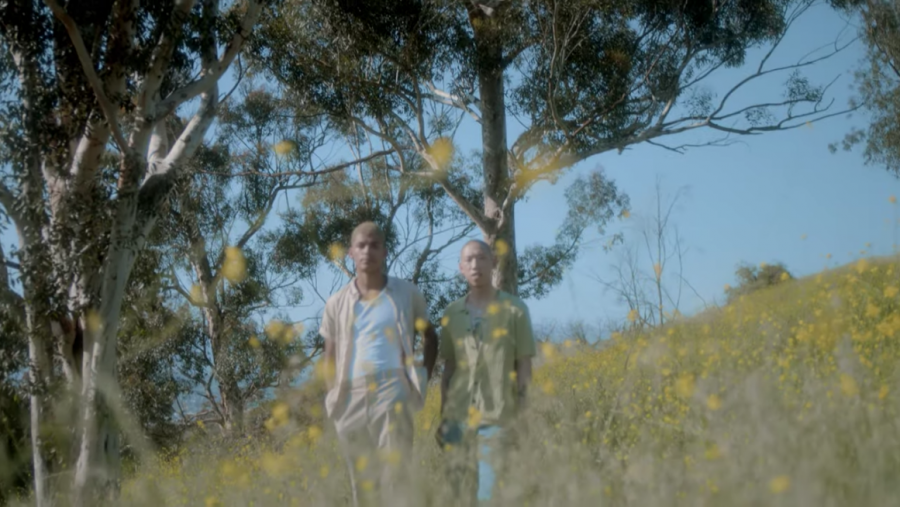 On Aug. 26, up-and-coming R&B and indie artist Hong Kong Boyfriend blessed our ears with his first-ever Spotify release, “Cold Waters.” It’s the perfect summer to fall transition song that should be added to your fall playlist immediately.

In “Cold Waters,” Hong Kong Boyfriend recalls a relationship defined by obsession. Throughout the song, he explores the spiral that accompanies such infatuation. This infatuation can be heard in the song’s opening lyrics: “I’m watching you go underwater / I want you to take me down / Let’s hold each other’s noses and / See how long it takes to drown.”

Hong Kong Boyfriend makes clear that he accepts the fact that wherever his girlfriend is going, he’ll follow, even if that means having to drown in cold waters.

The song’s opening lyrics are intense and reveal a lot about Hong Kong Boyfriend’s past relationship. However, the music starts less intense, giving off an uplifting, peaceful vibe, which contrasts much of its darker lyrics that reveal a toxic mindset. The pre-chorus builds up the song’s speed as more voices come in.

The chorus is the highlight of “Cold Waters,” the part that makes you stop everything you’re doing to appreciate the way it sounds and makes you feel. Here, Hong Kong Boyfriend adds beautiful harmonies that pull the entire song together and establish that, yes, this is a fantastic song.

In the second verse, Hong Kong Boyfriend’s R&B side comes out as he delivers a soft rap, similar to something you might hear in a Frank Ocean song. Just as the song progresses, so does his spiral into infatuation with his girlfriend as he describes what it feels like to sink lower into cold waters. He’s upset that his girlfriend brought her friends, saying, “I told you we’re not like them / They just wanna chit chat.”

However, Hong Kong Boyfriend and his girlfriend continue to chill deep in cold waters, not worrying about her friends above. He even sings, “Straight up we could stay forever,” proving that he loves drowning in cold waters with her, even though he shouldn’t.

This part of the song also deviates from the smoother melodies Hong Kong Boyfriend sings earlier, but it still fits perfectly and makes the song even more enjoyable. The song then falls back into the familiar pre-chorus, which only means the chorus is coming up.

“Cold Waters” offers so much both musically and lyrically, and you won’t find a song with the same creative dynamics or model harmonies that make you press repeat at least fifty times. The only real criticism I can offer is that the song should’ve been twice as long so I could hear Hong Kong Boyfriend’s strong vocal skills and catchy melodies for even longer.