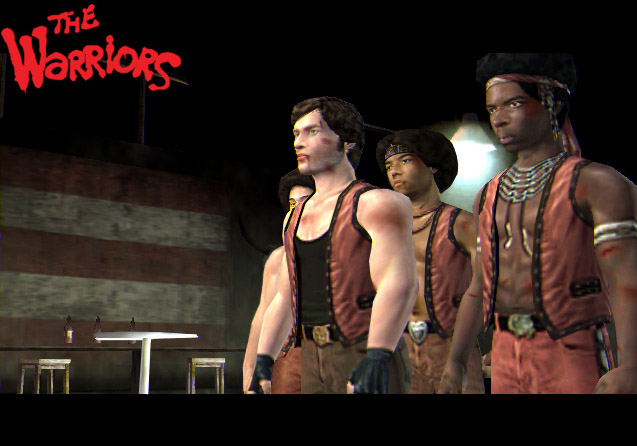 The Warriors are forced to battle other gangs in order to make it back to their territory. The game was released on Oct. 17, 2005.

Based on the cult hit film comes the video game adaptation that also became a cult hit.

In 1979, director Walter Hill brought us the violent street-brawler hit “The Warrior.” One of the most atmospheric and cathartic flicks of the late ’70s, the film followed a gang of Coney Island thugs framed for murder who must fight to survive a journey across New York against an army of colorful yet menacing street gangs. It’s a simple premise raised by brutal action and a tantalizing 1970s New York backdrop. Another indie film to use the filthy deteriorated era of the city to its full cinematic potential.

In 2005, video game powerhouse Rockstar North released a video game adaption of the film for the PlayStation 2 and Xbox. Unusual is the best fit to describe the move, given the studio never delved into licensed games prior and was most known for its blockbuster “Grand Theft Auto” series. Nonetheless, it’s a game whose existence is surprising yet very welcome.

“The Warriors” is a third-person beat’em up that follows the plot of the movie (stretching it out more to both flesh out the cast and action, beefing it up to around nine hours). Like the film, you and the squad of Warriors are framed for murder in the Bronx and have to journey back to Coney Island in one piece as the whole city underworld sets out to kill you.

You play as the boys themselves and have all the combo moves and melee attacks you need to bust some heads. The baddies come in all shapes and sizes, from wacky clowns with baseball bats to essentially mall-ninja G.I. Joes. The game puts in the effort to convey the street punk vibe of the film with its cast and set pieces, capturing the late ’70s aesthetic of trashy neighborhoods and graffiti-ridden train stations.

The gameplay is in line with the brutal melee of prior Rockstar games like “Manhunt” while making some innovations that would make their way into future titles like “Bully” in 2006. It’s a rarity for Rockstar to not make an open-world game, so in turn, the environments are more detailed and polished compared to its GTA counterpart.

I watched the film the night before I played the game for the first time, and it felt insane that the acting and performances found in the game were better than the actual film (obviously a point of opinion). Nonetheless, it’s hard to not enjoy the game even without knowledge of the movie, a testament to the stand-alone strength of the premise. It’s an atmospheric and cathartic experience you should definitely check out, but only if you can dig it…