‘What Remains of Edith Finch’ features odyssey through mental struggles 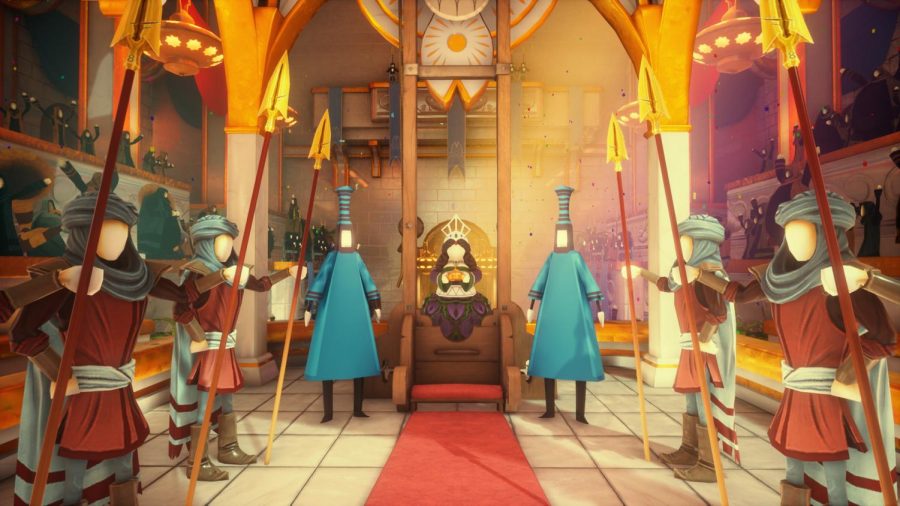 A screenshot from the game “What Remains of Edith Finch” is shown above. The video game was released on Aug. 24, 2017.

There is truly no sensation as magical as heading blindly into a new game. It’s rare given the monetary barrier that would entice consumers to heavily research a title before committing to a purchase. I mean that is only logical. Luckily, the subscription service of Xbox Game Pass acts as essentially the Netflix of video games, allowing players to browse a massive selection of titles to experiment and play. The perfect environment to try out new genres and experience titles you’ve heard about but weren’t willing to fork up the money to buy.

Case in point, in the summer of 2018, I dived deep into the service in search of unique, cinematic experiences that I felt were lacking from the modern gaming sphere. I enjoy a meaty role-playing game, but I equally enjoy a small title beatable in two or three hours, essentially a single-sitting good movie.

Thus, I went into “What Remains of Edith Finch” with no prior knowledge, not even its multiple game of the year awards on top of Best Narrative at the 2018 Game Awards. After committing a whole afternoon, I left knowing that this was a truly special game.

“What Remains of Edith Finch” is a 2017 first-person adventure title from Giant Sparrow with a plot revolving around the title character of Edith Finch, the last member of the Finch family bloodline who inherited a key from her mother leading her back to her childhood home. What starts as a nostalgic trip down memory lane soon becomes an odyssey through broken souls.

The gameplay loop follows going through the rooms of each family member with each scene playing out in an artistic depiction of their mind. The baby room is a colorful musical of bath toys that come to life. The tomboy sister is a nostalgic day hunting with dad.

But the story soon grows darker as the underlying mental health issues emerge amongst the family, and the trips turn into horrifying and heartbreaking explorations of characters who, despite having mental worlds so out there and weird, are incredibly grounded and human in how they feel.

It is an A-tier experience until the two-hour mark. At such point, you go into the treehouse residence of the isolated teen family member, Lewis. His bungalow is a video game and pot man cave with dark light posters and trash everywhere. Stereotypical but realistic. When the scene unfolds, it depicts Lewis working at a factory while daydreaming of a better life.

The Lewis segment is one of the most unique and creative gaming experiences I’ve ever had. It perfectly conveys the themes of imagining a fantasy world in your head while you spend your life in monotony, a depression many people like myself struggle with. Not just normal daydreams but chronic unfulfillment with life despite the absence of legitimate misery. Life can be perfect, yet you still don’t feel good about yourself and anything around it.

It just pushes this already fantastic game into masterpiece territory, where it rightfully deserves its immense praise by critics and players (even winning the Best Narrative Award at the 2017 Game Awards).

If you want a quick yet incredibly memorable narrative romp, you cannot go wrong with this one.

“What Remains of Edith Finch” (2017) is available on Nintendo Switch, Xbox One, PlayStation 4 and PC.