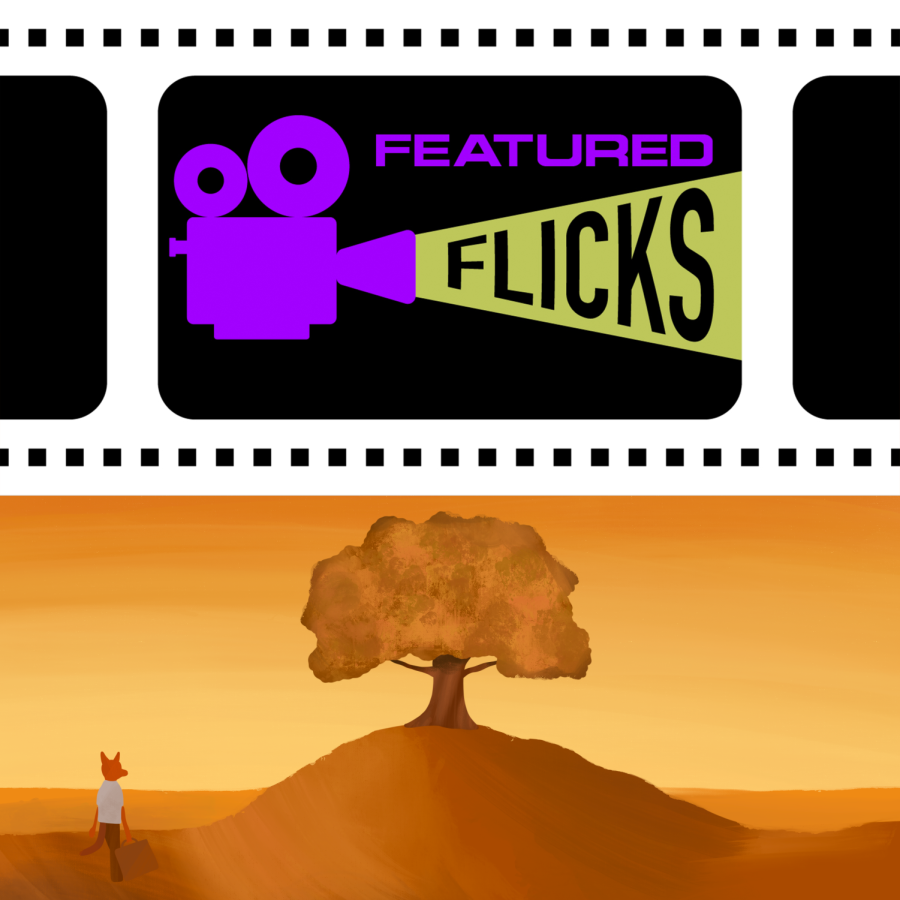 As the midpoint for fall approaches, the craving for seasonal films only grows. Wes Anderson’s 2009 stop-motion comedy, “Fantastic Mr. Fox,” satisfies that appetite with its rich color palette. The animated feature proves to be a beloved family film with enough charm for all ages. Nominated for Best Animated Feature at the Academy Awards in 2010, the artistically driven story is set with a star studded cast of characters and storyboard of enticing visuals.

Based on Roald Dahl’s esteemed novel of the same name, “Fantastic Mr. Fox” tells the story of ex-thief and current column writer Mr. Fox (George Clooney) and his ambition to be the greatest. Unable to restrain himself, he falls back into his old work through a series of robberies at the three nearby farming monopolies, disrupting Mrs. Fox’s (Meryl Streep) wishes and his neighborhood’s safety.

Known for his use of visual symmetry and forthright exposition, Anderson illustrates yet another storybook world with this film. His precise and distinct style shines through in the film as even the slightest of movement from the camera seems highly intentional and necessary to the narrative. Anderson’s direction holds the audience exactly where he wants them as he shows them what they need to see and how they need to feel. His script, co-written by Noah Baumbach, is both playful and perceptive.

The screenplay establishes a multi-dimensional narrative with more than meets the eye. It appears to be a children’s story at first glance yet slowly unravels itself to reveal an adult appeal as well, with hidden, suggestive jokes embedded in the script. Swear words are cleverly replaced with the word “cuss,” keeping the intention while still simply censoring the material for unknowing, younger viewers. The highbrow humor in the film may go unnoticed by children, but the lowbrow humor is where they can find their laughs.

Each of Anderson’s films have a distinct color palette that is difficult to overlook. Whether it be pastels or muted browns, each scene is painted with shades to guide the tone and mood of the film. “Fantastic Mr. Fox” brings Anderson’s colorful trend to a new level, as there is no frame in the film that lacks the color orange.

It does not go unnoticed that the entirety of the narrative takes place in the harvest season. Each scene is heavily concentrated with orange sunbursts and a permanently yellow sky. Hills and valleys are made up of amber and apricot patchworks reminiscent of autumn decor. Between auburn fox fur and corduroy costumes, each character adds to the mosaic of a fall dreamscape in the countryside.

The film’s central conflict — Mr. Fox juggling his own ambition versus his responsibilities — teaches lessons that reign true amongst many generations. It grapples with the dangers of going in over your head to prove yourself as worthy instead of having faith in yourself.

The film focuses on the problems that stem from comparing yourself to others and in turn, failing to embrace your own abilities. It proves that any person can become a vital asset to a team when they tap into their unique talents for the betterment of the group. Instead of worrying about judgement or failure, the film emphasizes the importance of finding the goodness in being different and the light in even the darkest of circumstances.

There is a lovable quality about this film that contains warmth and wisdom despite being targeted to a younger audience than Anderson’s other films. It’s a refreshing, clever watch that has something for everyone in its hour and a half runtime. The story, visuals and message all come together to evolve “Fantastic Mr. Fox” into a surprisingly complex film about identity, family and perseverance.