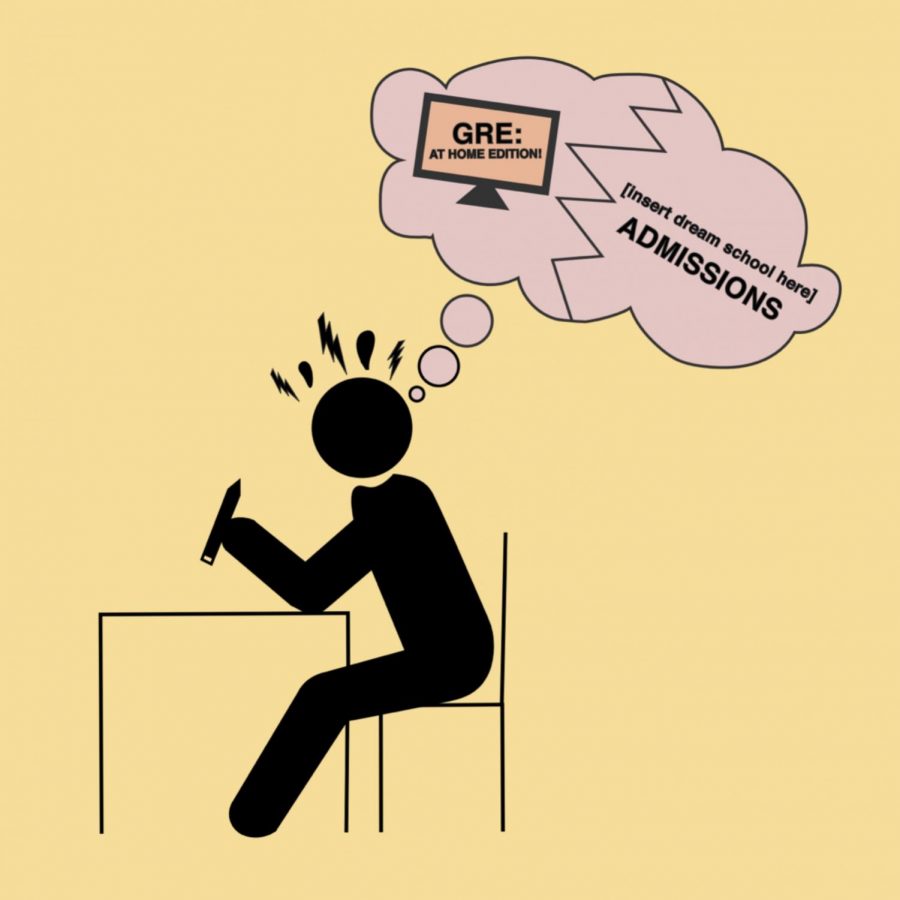 In the midst of the COVID-19 pandemic, graduate school exams are facing cancellations, alternative testing formats and other unprecedented changes.

While some admissions exams will have the option of at-home testing for eligible students, other administrators are increasing testing dates in the upcoming months for applicants whose exams were previously canceled.

Lina Hawari, junior in AHS pre-med, was supposed to take the MCAT exam in late March. She was informed about three weeks prior her exam was canceled due to coronavirus safety concerns. Hawari immediately signed up for a later testing date in April, only to be notified a couple of weeks after that her new exam date was canceled as well.

In order to accommodate for students whose MCAT exams were canceled, test administrators pushed back the application deadline two weeks. Instead of the original June 1 deadline, students can now apply through June 15.

According to Hawari, some schools announced they will allow interviews to be scheduled prior to applicants taking their exams so that students may continue through the interview process regularly. However, this is not true for all schools across the board, with some schools not announcing whether or not they will conduct interviews in the absence of test scores.

“People who are applying to these schools won’t be able to get their interviews at the time they would have gotten if their interview were when it was supposed to be. So it pushes back their cycle and lowers their chances of getting in,” Hawari said. “Medical school is rolling admission, so all of those people that took the MCAT in January will have already been accepted into medical school by the time we get our interviews.”

The Association of American Medical Colleges stated on their website that there will not be an option for an online-proctored MCAT exam. However, other graduate school exams have made the transition to alternative online testing.

The GRE and GMAT exams are available at computerized testing facilities. The LSAT recently transitioned to a tablet-based format where, at testing facilities, students will receive tablets to complete their tests on.

Vineet Chhabra, global product and marketing strategy lead for the GMAT exam, is leading the implementation of the online GMAT exam.

“As it relates to the overall test construct, the structure of the GMAT™ Online, how you register and start your check-in process, the scoring methodology and score scales, the test is exactly the same as the GMAT delivered in test centers. The only differences are the delivery of the test and the exclusion of the Analytical Writing Assessment (AWA),” Chhabra said in an email.

According to Chhabra, instead of administrators in the test center, remote human proctors will monitor test takers at all times during their exams.

“The GMAT Online exam assesses the same skills as the test center version, across quantitative, verbal, and integrated reasoning sections. It provides all the necessary information for schools and test-takers to assess their readiness for the graduate management program they’re being considered for. We are confident schools are willing to use these scores and candidates should feel confident too,” Chhabra said.

Jeff Thomas, executive director of admissions programs for Kaplan Test Prep, said students taking shortened or online versions of these tests will not be disadvantaged at all.

Thomas said law schools, business schools, and graduate schools are in the business of recruiting talent to their programs and are excited that there is an alternative way students can complete the required components for their applications.

“If a student has an outstanding score on one of these alternative administrations, they could be 100% confident that that score be looked upon with the same favor and same weight as a student who took one of the standardized tests under a more standard administration,” Thomas said. “And if a student’s dream is to become a lawyer, don’t let the health crisis keep them from doing that. Work hard, study hard, apply, get into a great school. This situation we’re in is hopefully temporary.”

Editor’s note: This story has been updated to include new information on MCAT test dates and medical school application windows.