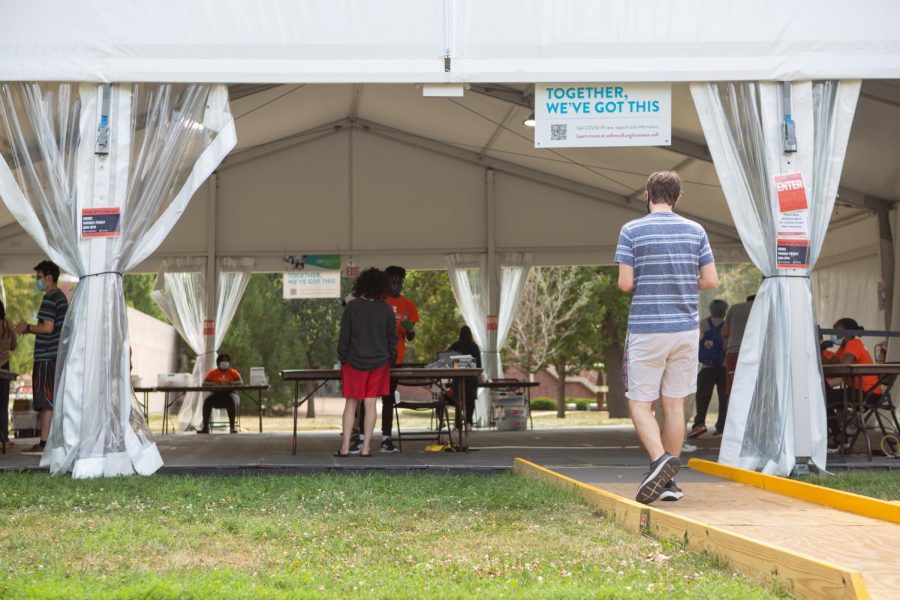 A student enters the COVID-19 testing tent located outside the National Center for Supercomputing on Sunday. This site will be one of the eight open on Labor Day.

The University will modify its testing hours for Labor Day on Sept. 7.

Both Alice Campbell Alumni Center and State Farm Center are now open on weekends from 10 a.m. to 3 p.m.

Of the 2,259 people who’ve tested positive for the virus countywide, 441 still have the virus, 1,798 have recovered, 20 have died and two are currently hospitalized. Over 212,000 tests have been administered in Champaign County for a running positivity rate of 1%.

Of the active cases, 304 are from the 61820 ZIP code in Champaign. Over half of those who’ve tested positive in the county have been between the ages of 11 and 30.

On Aug. 24 and 25, Illinois announced 36,000 and 39,000 tests statewide, meaning the University may have conducted nearly half of the state’s tests on both days.

The Illinois Department of Public Health confirmed 1,880 new cases of COVID-19 in Illinois on Saturday and attributed 11 more deaths to the virus.