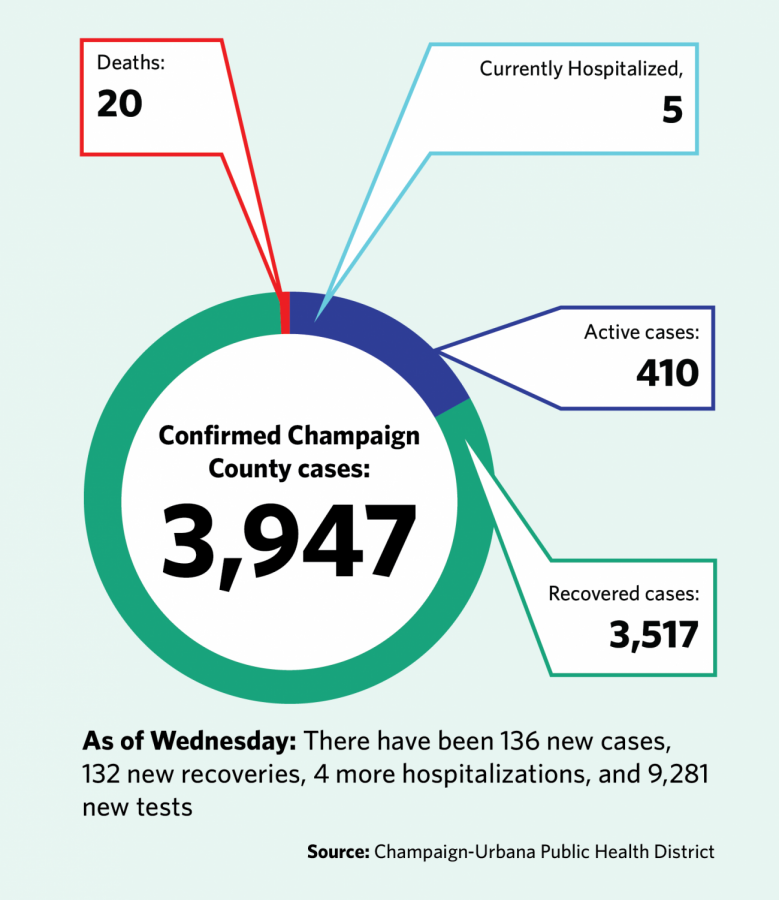 Now that on-campus positivity is on the decline, spreading the saliva tests to Champaign-Urbana is a top priority for the University, Chancellor Robert Jones said at the Senate executive committee meeting on Monday.

“Its first major deployment should be to serve the community. K–12 education: We’ve had two meetings with the superintendents of the school districts, and we will be looking at a way to make it available to the general public,” Jones said.

The tests have already been brought to the other two UI system campuses, while the SHIELD T3 team is working to expand the testing to universities across Illinois and the rest of the country.

On Wednesday, the Champaign-Urbana Public Health District reported another 136 cases of COVID-19 from 9,281 new tests.

Another 132 people were reported recovered by CUPHD, bringing the county total to 410 active cases.

Hospitalizations for the virus jumped from one to five on Wednesday.

ZIP code 61820 is Champaign’s biggest contributor to the pandemic: 229 of the active cases reside there, and there have been 1,798 confirmed cases there.

As of Wednesday, 3,947 people have tested positive for COVID-19 in Champaign County. Of them, 3,517 are considered recovered, five are currently hospitalized and 20 have died.

The county has conducted 391,544 tests for the coronavirus since the pandemic began. Nearly 64% of all county tests have been done on people between the ages of 10 and 30 years old.