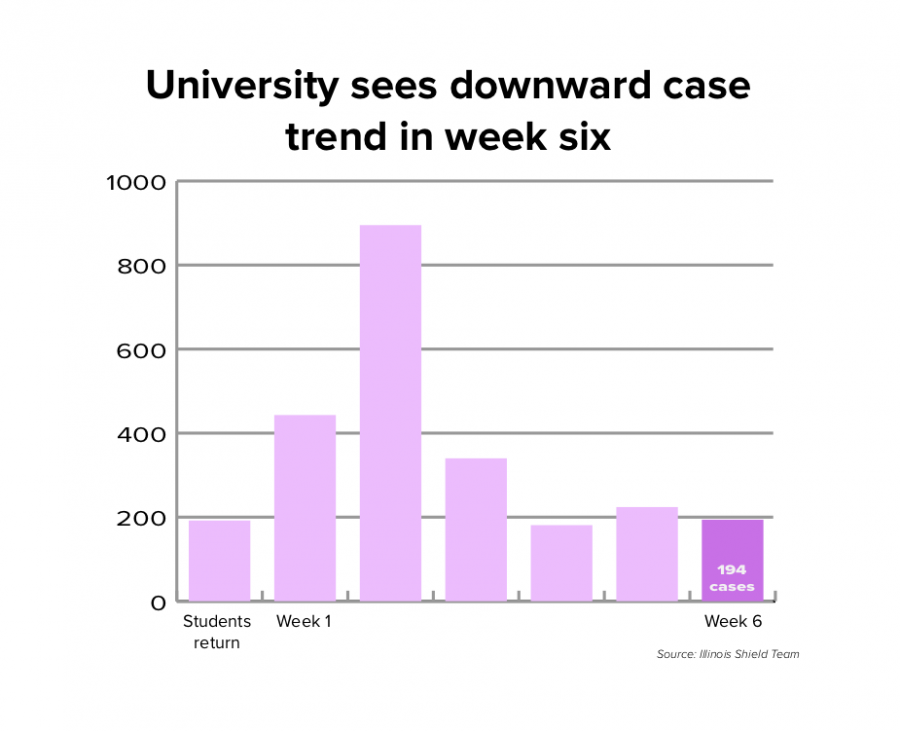 The University’s daily case count has flattened, but it’s still not at the trickle that students or administrators hoped for.

Since Sept. 9, a week after Chancellor Robert Jones instituted a stay-at-home order for all undergraduate students, University saliva tests have identified an average of 30 new cases of COVID-19 per day from around 8,600 daily tests.

The University’s seven-day average of new cases peaked on Sept. 4, where the week brought in more than 127 new cases per day.

For the week ending Oct. 2, the University averaged just under 28 new cases per day, around the same as it was two weeks prior.

In total, there were 194 new cases discovered on campus last week, down from 224 the week prior and 181 the week before that.

To date, the University has identified 2,556 cases of COVID-19 on campus since it began conducting saliva tests on July 6.

Fewer than 100 of those cases were found during the summer. Since Aug. 15, when many students began moving back to campus, 2,463 people have tested positive from nearly 430,000 tests.

According to University spokesperson Robin Kaler, about 38,000 people are testing every week on campus.

Additionally, more than 46,000 people have been tested on campus since Aug. 15.

Therefore, more than 5.3% of the University tested population has had COVID-19 while they’ve been on campus.

The percentage of undergraduates who’ve tested positive is higher. According to figures by the Champaign-Urbana Public Health District, more than 95% of all positives on campus have been from undergraduate students.

Meanwhile, there are 33,492 undergraduates enrolled at the University, though many haven’t returned to campus to get tested.

If around 30,000 undergraduates have been tested on campus, then more than 8% have tested positive for COVID-19.