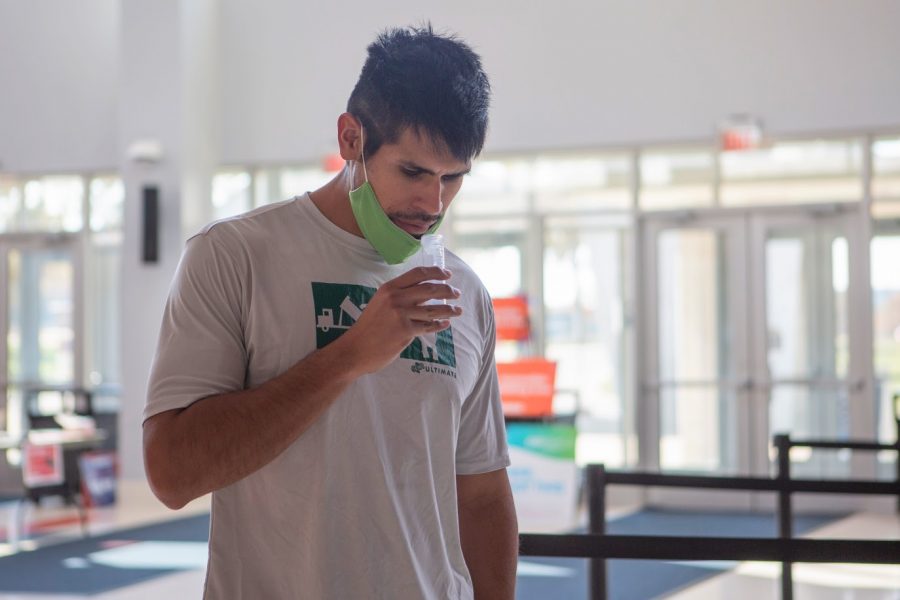 As COVID-19 cases on campus surge past the administration’s expectations, many have called into question the transmission and prediction models used by the University to set those expectations.

As of Monday, the Illinois SHIELD Team reported 2,645 positive cases on campus since Aug. 15, when students began coming back to campus en masse, far higher than the 700 cases modelers projected across the entire semester.

Before the fall semester began, the University’s Dr. Brent Roberts, professor in LAS and director of the Center for Social and Behavioral Science, had reservations about models predicting student behavior.

“At the very least, I believe that we need to plan for the existence of the non-complying students and that they will make up a bigger chunk of our student body than we care to admit,” said Roberts in an article he published on Aug. 16, just before the beginning of the semester. “If we do, our models and prognostications will be far more realistic.”

To a certain degree, modelers did factor in students not staying compliant with the University’s COVID-19 guidelines. Professor Ahmed Elbanna, one of the head modelers alongside professor Nigel Goldenfeld, explained they completely expected students to socialize and attend parties.

“What was at least assumed as a baseline scenario in the model is that if you are positive and aware that you are positive, you would isolate,” Elbanna said. “You would not host a party or go to a party.”

The main issue that led to the large spike in cases seen a few weeks ago, he said, was students actively socializing after testing positive for the virus.

Elbanna cited issues with students ignoring their test results or calls from the Champaign-Urbana Public Health Department, informing them that they were either positive with the virus or had come into contact with somebody who had tested positive. He further explained that the University’s testing program is only effective if infected community members isolate themselves after testing positive.

“Testing doesn’t protect you from infection,” Elbanna said. “Testing just reveals your state. Tests protect us as a whole, as a community.”

“The delay in testing results have contributed perhaps in the following sense: If a student has been infected and they don’t know that they are positive and they kept around their everyday life and activities, or go to a party or etc., then probably they would produce some damage in that respect,” Elbanna said.

Elbanna clarified that increased social activity at the beginning of the semester, holding large parties and people not following isolation quarantine probably had a bigger effect than test delays.

Roberts also had praise for the modelers after the surge in cases occurred.

“I think that the modelers are being responsive to the situation as well as they can,” Roberts said. “The two-week shutdown was well-informed and well-justified from that perspective. The modelers were, I think, more adequately anticipating what would happen if we didn’t do something drastic.”

Roberts added that if the University had the resources, which he didn’t think it did, it should have hired more counselors to help students deal with the stress of COVID-19 and a mostly-online semester.

“But that is, of course, hindsight,” he said.

Professor Rebecca Lee Smith, an epidemiologist, co-leads the SHIELD Target team. She said the modeling team had to make broad assumptions about the actual number of students socializing and how they would be socializing. There were no hard numbers depicting variations of socialization for them to factor into their models.

“That’s the difficult thing about modeling, is that you have to be able to put numbers in,” Smith said. “And if data doesn’t exist, we don’t like to make up numbers.”

Elbanna and Smith both agreed models are never finished and must be continually updated with new data to make them more accurate.

“All models are wrong, some are useful,” Smith said.