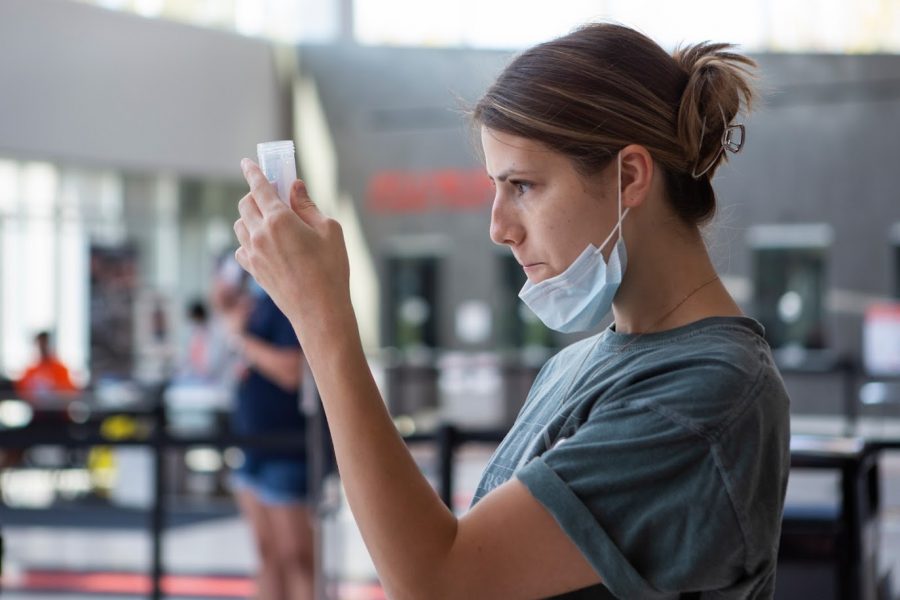 The Illinois Department of Public Health has begun separating University tests from regional data, instead of excluding Champaign County as a whole.

Gov. J.B. Pritzker and state health officials have said that the high volume of campus tests — around 55,000 per week — is clouding virus trends from surrounding areas in Region 6.

Excluding the University’s tests, the region’s seven-day rolling test positivity rate has bounced recently, up to 7.6% as of Thursday, up almost two percentage points from a week prior.

A rolling positivity rate above 8% would subject Region 6 to additional restrictions, “including no indoor bar service or dining at restaurants, and limiting the size of event gatherings,” according to IDPH.

Including the University’s tests, the regional positivity would sit at just 2.5%.

“As has been noted, the University of Illinois at Urbana-Champaign (UIUC) is performing repeated saliva testing for staff and students,” wrote IDPH in a press release. “This is resulting in a tremendous number of tests, which can average up to 20% of all tests done in the state during some weeks.”

According to IDPH, Champaign County would still be subject to mitigation efforts if Region 6’s positivity eclipsed 8%.

On Sunday, the Champaign-Urbana Public Health District confirmed another 49 new cases of COVID-19 after 8,327 new tests.

Another 61 people were reported “recovered” by the health district, which means they are no longer considered contagious, even if they’re still dealing with prolonged health effects of the virus.

Fourteen more people were ordered to quarantine after being in close contact with a COVID-positive person, bringing the active quarantining total to 1,151 people.

To date, 8,523 people have been ordered to quarantine in Champaign County. More than 10% of them — 895 quarantiners — tested positive for the virus after their quarantine order.

In ZIP code 61820, which encompasses most of Campustown, active cases have declined significantly. Seventy-nine people in the ZIP code are considered “active” for COVID-19, down from 242 active cases two weeks ago.

Countywide, 5,603 people have tested positive for the virus and 5,235 of them are considered recovered. Meanwhile, 340 people are active for COVID-19, and five of them are currently hospitalized. According to CUPHD, there have been no student, faculty or staff hospitalizations for COVID-19.

As of Sunday, 28 people in Champaign County have died from COVID-related complications.