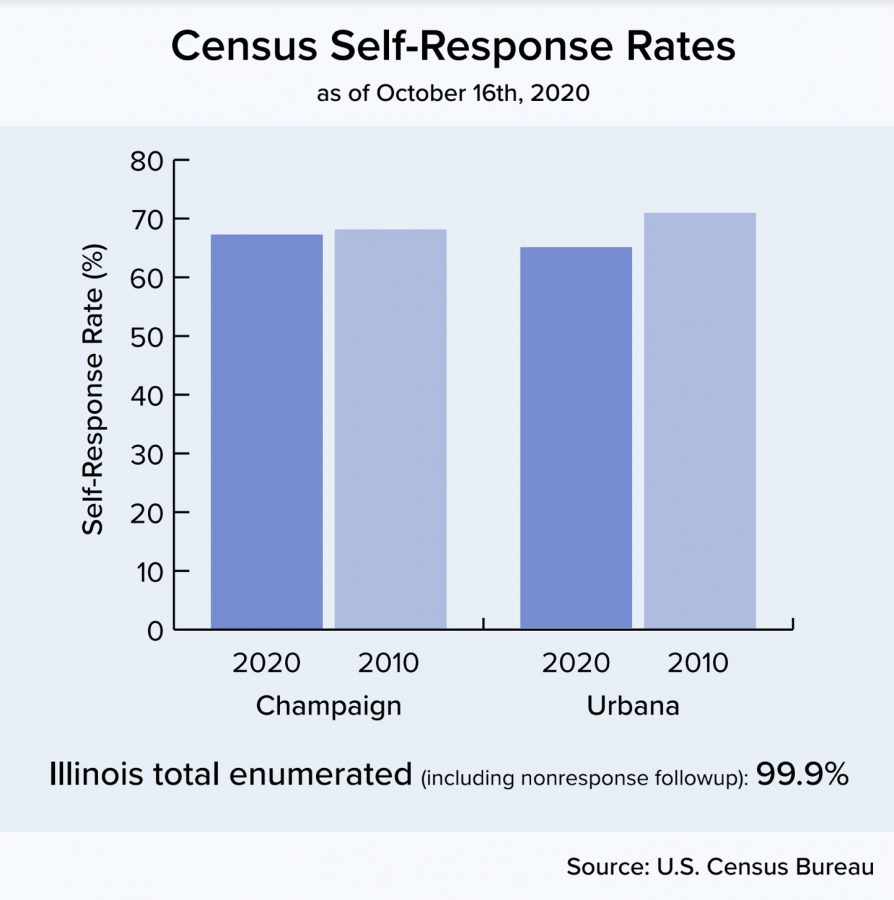 With enumeration for the 2020 Census cut short by the Trump Administration on Oct. 15, C-U officials are concerned about undercounts and are considering a Special Census.

Next available in 2022, a Special Census is generally used when local officials believe there has been a significant population change in their community.

According to Champaign Mayor Deb Feinen, Champaign has begun to “strategically plan” for the special census.

In the midst of a pandemic and multiple changes to the census’s end date, this year’s enumeration raised concerns about completely capturing the population.

“This was a perfect storm,” Marlin said.

As an enumerator, Buckley went out into the community and door-knocked, following up with non-respondents of the census.

According to Buckley, the pandemic made it impossible for large enumerator training sessions to take place, and many dropped out because they did not feel comfortable going door to door.

“Keep in mind many, many countries around the world delayed their census for a year because of COVID,” Buckley said. “We are alone in making the unique decision to shorten the amount of time for the census.”

According to Buckley, the central Illinois area hit a 99% enumeration rate in early October due to efficient crews, good response turnout and cooperation from respondents.

However, concerns still remain due to the obstacles the census faced.

“Because there is a disparate impact on who gets counted, it is unduly politicizing the census to muck around with the due date,” Buckley said.

One possible area of undercount is the student population, as the pandemic forced many to leave campus.

“A lot of the concern was the fact that so much of our population was not here at a very critical time for this count,” Marlin said.

Local officials, the University and realty companies worked together to share data on students with the Census Bureau.

Buckley says another undercounted demographic may be the elderly population. This is due to the closure of many assisted living facilities and elders not feeling safe in answering their doors.

“COVID has made it much harder. People don’t want to answer their door to census takers. It’s been a struggle,” Feinen said.

This can impact medical infrastructure investments, which depend on the age structure of a population.

Another undercount may be the homeless and housing insecure population.

Feinen is also worried about the immigrant community, as some were concerned that they may be arrested or deported if they were counted.

“I think (the Census Bureau) will get very good estimates by the middle of December. They will be sound, they will be based on the best practices available, and they will not be completely accurate,” Buckley said.

Both Champaign and Urbana have conducted Special Censuses in the past.

Urbana conducted a Special Census in the early 2000s after a new subdivision was built in East Urbana.