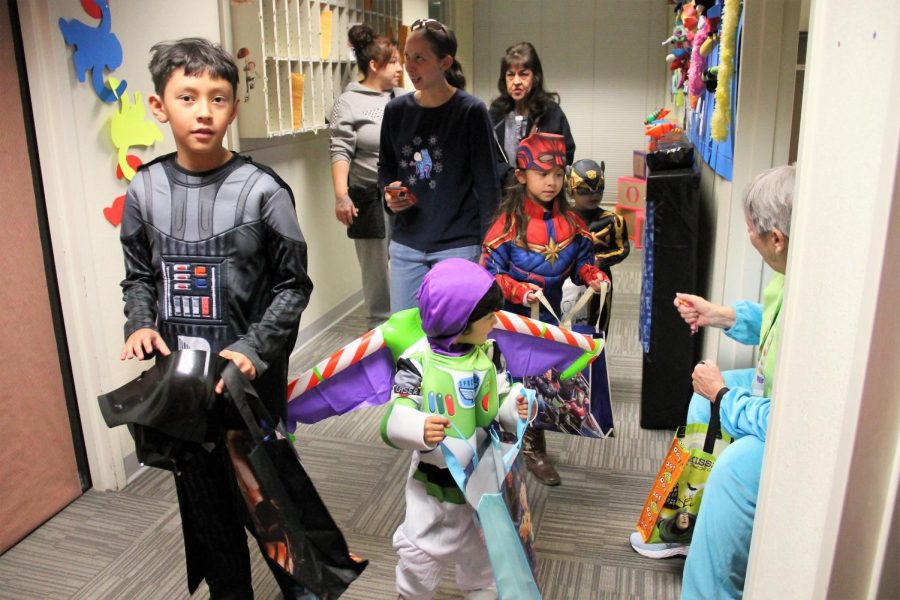 Children and their parents arrive at the Alamogordo Police Department building to participate in its second annual Haunted House. A recent Massmail has instructed students to celebrate Halloween responsibly this year.

The University sent out a Massmail emphasizing the importance of adhering to state or local health and safety requirements, as well as stressing to students to be cognizant of their Halloween costumes so as to not inaccurately represent other cultures.

The Massmail made note that more than 1,000 students have faced discipline, including dismissals for violations of COVID-19 policies, and any student who attends or hosts gatherings that violate local or state health and safety measures will face similar disciplinary measures.

The University also took time to discourage students from appropriating and disrespecting other cultures or marginalized groups.

“I’d also like to remind you to celebrate respectfully without engaging in inappropriate misrepresentations of cultures and minoritized communities,” Vice Chancellor for Student Affairs Dr. Danita M. B. Young said in the Massmail. “Avoid costumes that perpetuate cultural stereotypes, especially when it’s not your own culture. Avoid dressing in items that might be described as ‘ethnic,’ such as sombreros and ponchos, Native American headdresses, turbans and kimonos. It is also important to note that blackface and brownface are regarded as racist and insensitive.”

“Be considerate and refrain from making light of struggles many communities endure, such as deportation, genocide and sexual assault,” Young said. “Further, struggles such as homelessness or mental illness are harsh realities for many, not costumes to be taken on and off at will. Remember, although you may think it’s just a costume or that you’re exercising your right to freedom of expression, for many people, it’s a trivialization of their culture.”