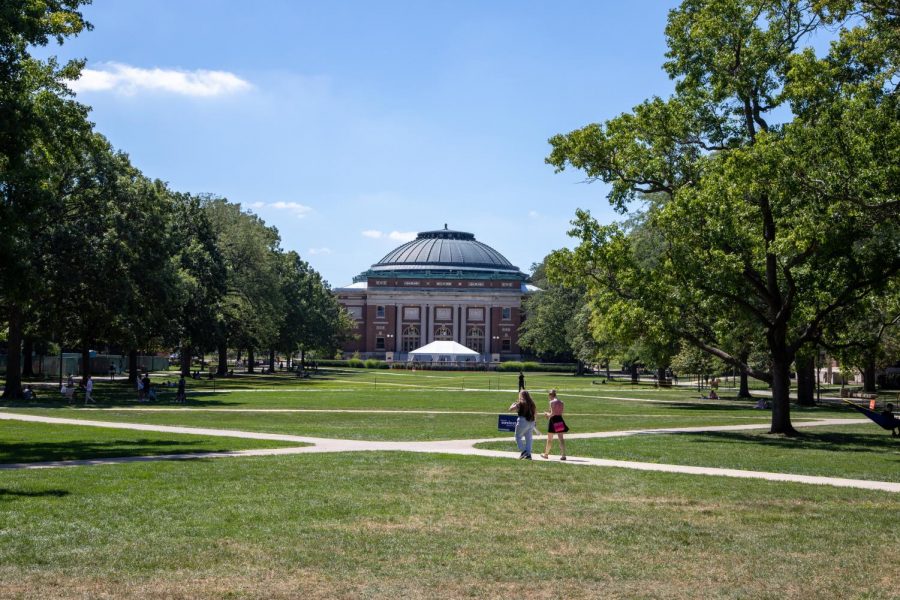 A wide view of the main quad on August 21

The University Senate voted in an emergency session on Friday to approve a proposal giving students the option to take courses credit/no credit (CR/NC) and also decided to extend the deadline to drop a course to Dec. 18.

Under the new policy, students will have until Dec. 18 to drop a class with no penalty, choose to take that class as CR/NC or to proceed with a normal grading scale.

Moreover, the approved proposal states that courses selected for CR/NC by students “could be used for general education and towards fulfillment of major and minor requirements” so long as credit is earned for those courses.

While the original proposal the University Senate was considering called for the creation of a “No Record COVID” grade category (NX), subsequent amendments changed the proposal to allow students to elect for a CR/NC grade in their courses.

Towards the beginning of the Senate session, Bruce Rosenstock, professor in LAS and University senator, successfully motioned to amend the original proposal so that students could opt for “No Record COVID” or CR/NR. However, Meghan Hazen, the University’s registrar, noted that that would not be technologically feasible to implement.

“With all due respect to the previous commentary, this amendment is not compatible with the proposal,” Hazen said. “It is literally not possible to do both (CR/NC) and ‘No Record COVID’ due to some limitations of our system processes.”

Later in the Senate session, Ari Kelo, junior in LAS and student senator, successfully motioned to amend the proposal, striking “No Record COVID” from it entirely and leaving only the sections regarding CR/NC added by Rosenstock.

“(The original proposal) only accommodates students who are facing grades of Fs and Ds,” Kelo said. “Everyone I know needs this.”

After going an hour over the scheduled deadline of 3 p.m., the University Senate approved the amended proposal by a vote of 88 in favor, 33 against and two abstentions.