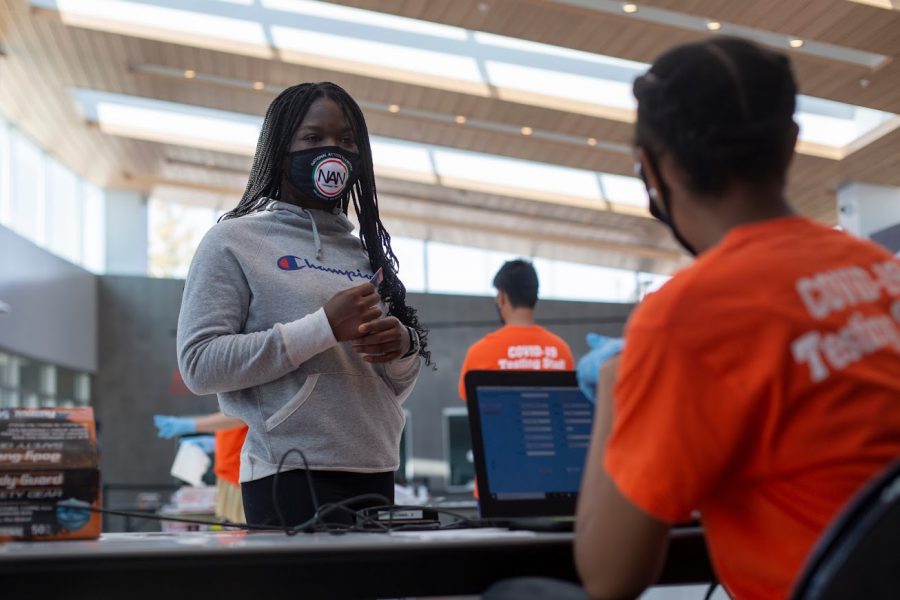 The initial screening week for returning University of Illinois students, staff and faculty has concluded, and the results are in: 179 new cases of COVID-19 identified from Jan. 16-22 after nearly 58,000 tests.

The number of imported cases is remarkably similar to the week before fall semester, when the University found 192 cases from Aug. 15-21, albeit with 10,000 fewer tests.

Once classes began in the fall, the growth of cases on campus steadied, then spiked by the second week, when more than 800 students, faculty and staff tested positive for COVID-19 in seven days.

Unlike last semester, however, the University’s spring term is starting with a practical lockdown on student activities, where undergraduates are being asked to limit their in-person activities to essential functions only, like going to classes, getting groceries and exercising individually.

Students on campus were mandated to test negative twice last week, with the tests separated by at least three days, in order to gain access to academic buildings.

The University opted to cancel spring break in favor of an extended winter break and weeklong period dedicated to student move-ins and testing, along with three non-instruction days tacked on through the semester.

The University surpassed the 1 million tests mark, after averaging almost 5,000 COVID-19 tests per day since the semester concluded. In the last two weeks, campus conducted 80,000 tests, bringing back 261 new cases.

To date, 5,045 students, faculty and staff have tested positive for COVID-19 on campus since the testing program began in July of 2020.