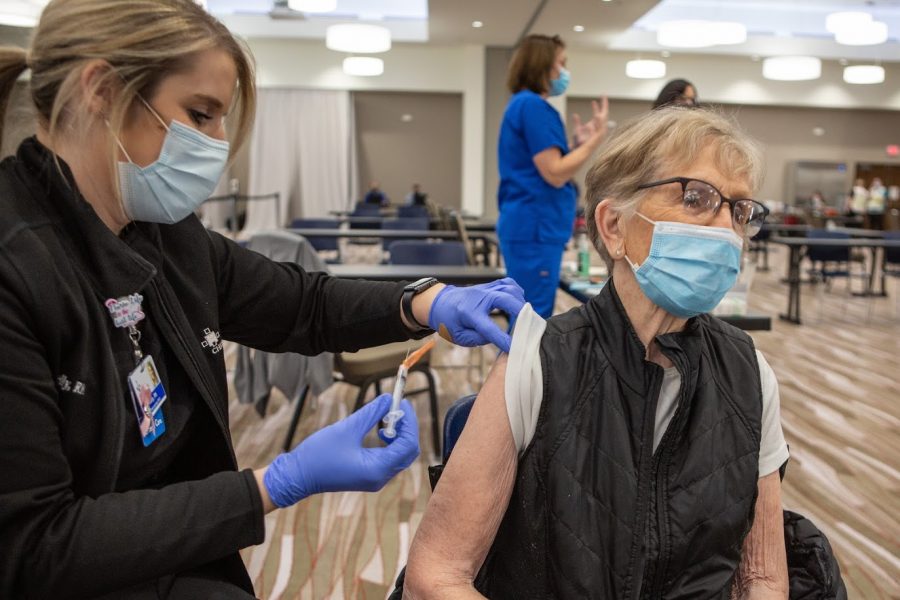 After several weeks where UI students and staff in facilities and services, housing, tech service, athletics and other in-person workers were getting vaccinated, a dwindled stockpile is leading the University to limit vaccine eligibility for the time being.

“Some groups that had an opportunity to register for a vaccine recently are not on the upcoming list because the number of available vaccines in this round is smaller than the number that were available then,” said Robin Kaler, UI spokesperson. “Champaign-Urbana Public Health District determines which groups can be offered the vaccine in any specific round, and we follow their guidance.”

Champaign County is still in Phase 1B of the vaccine rollout, focusing on residents 65 and older along with essential frontline workers in education, shelters and adult daycare, transit, postal service, grocery stores, manufacturing and more.

From Feb. 10-12, CUPHD will be administering second doses to those 75 and older who’ve received the first dose of the vaccine.

“I just ask everyone to continue to be patient as we advocate for moving everyone as quickly as possible to get vaccinated,” Chancellor Robert Jones said.

At Monday’s Senate meeting, Chancellor Jones mentioned that an announcement about expanding UI’s saliva tests to the community is coming soon, probably within the next couple of weeks.

“We still have a few critical points to, from a financial perspective, to figure out,” Jones said. “We’re having a follow-up meeting about this week. The rollout is going to be sometime in the latter part of this week or next week. I’ve been told it’s going to be within the next week or two.”

Within the month, the UI hopes to be testing first responders, local government workers and school employees and “underserved group and dependent of University employees,” Kaler added at the meeting.

Nearly 16.8% of the 200,000-plus Champaign County population has received a first dose of the vaccine, while just under 4% have been fully vaccinated.

Stacked up with other Illinois counties, Champaign is performing very well in several key metrics. The county ranks sixth in total doses administered with 43,528, behind only the five most populous Illinois counties. Champaign County has the 11th highest population in the state.

The local percentage of people who’ve been fully vaccinated — 3.98% — ranks fifth in the state, and first among the 20 most populated counties. Adams County, which leads the state at 4.43% of people fully vaccinated, has a population of 65,691 people.

Another four county residents have died from the virus, CUPHD announced Wednesday, pushing county deaths to the virus up to 116.

Another 122 cases were confirmed by the health district on Wednesday, along with 10,586 newly processed tests.