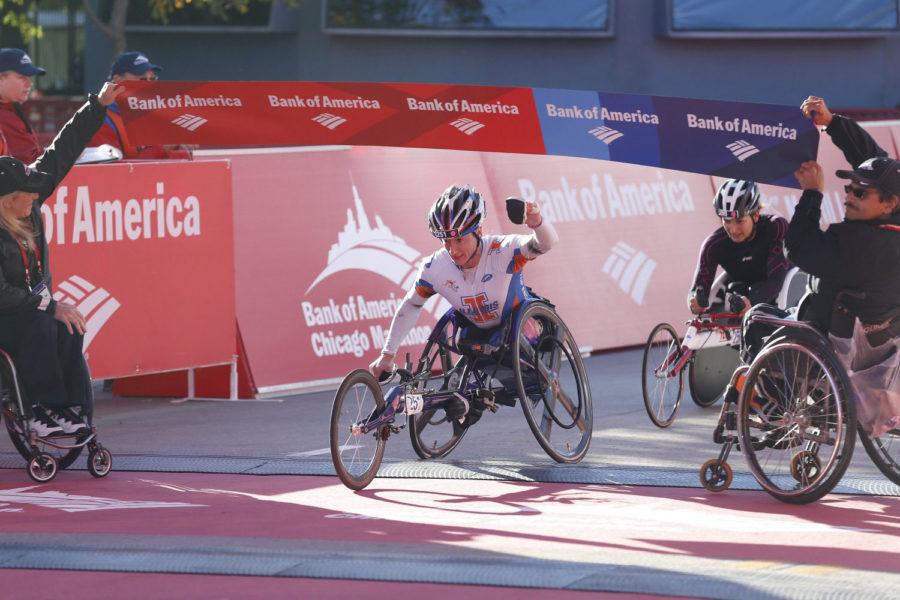 Illinois alumnus Tatyana McFadden wins the women’s wheelchair division of the Bank of America Chicago Marathon on Oct. 13, 2013. McFadden once again won the Chicago Marathon, her fourth straight in the event.

Team USA has got itself another ‘McSweep.’

The term, and now twitter hashtag, refers to the three Illini para-athletes in the Rio Paralympics with the last name that starts with ‘Mc’: Tatyana McFadden, Chelsea McClammer and Amanda McGrory.

McFadden finished with a time of 11 minutes, 54.07 seconds, and her Illinois and USA teammates finished one-hundredth of a second apart with McClammer getting the edge at 11:54.33.

All of those athletes come in first, second and third, respectively in the 500-meters T54 final.  The trio finished one, two and three on the podium in the women’s 1,500-meters final Sept. 13. McGrory won silver, and McClammer won bronze in the previous event.