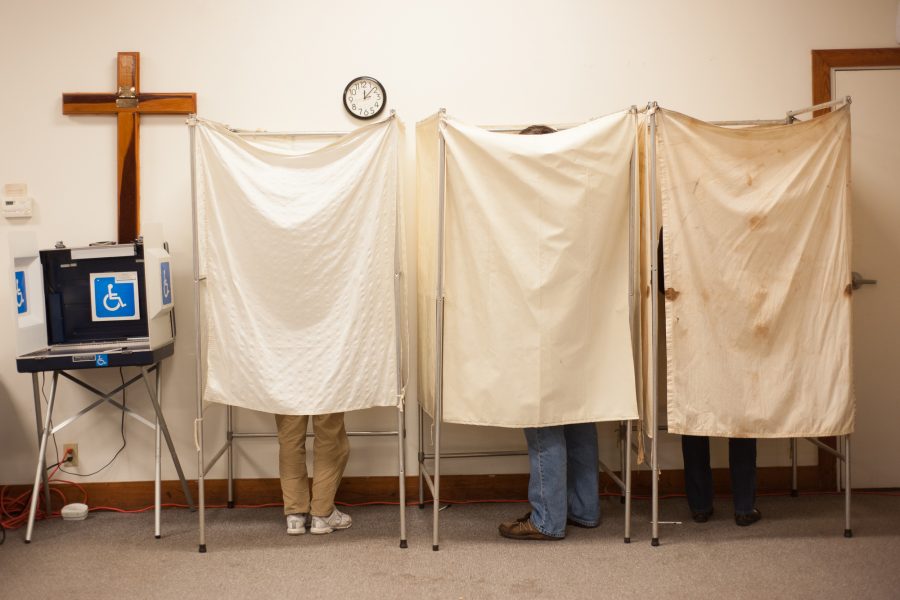 Chong Jiang The Daily Illini Voters stand in booths at the Salvation Army in Champaign, on election day, Tuesday, Nov. 6, 2012.

The group attributed the debate’s cancellation to a lack of appropriate planning, based on the effort and attention the Women’s March on C-U required.

“All of our efforts have been focused very much in making Saturday’s Women’s March successful and safe,” the email said. “We are pleased with our work, but we have not put the planning and attention into the debate that it deserves. Plus, we are very, very tired.”

However, Young Democrats member Diya Tahiliani cited a different reason for the cancellation.

A mayoral candidate had a scheduling conflict, and the Young Democrats chose to postpone the debate so all candidates may participate, she said.

The candidate’s name and scheduling conflict has yet to be released.

Tahiliani said citing the Women’s March as reason for a cancellation was a miscommunication within the group.

The Young Democrats plan to meet and send out a press release Monday night to correct this morning’s announcement.

The debate was originally scheduled for Wednesday, Jan. 25 at the Brookens Administrative Center in Urbana at 5:30 p.m.

A rescheduled date has yet to be announced for the debate, and Urbana’s election is April 4.