College of Media commencement speaker: ‘I get why Mr. Trump appeals to good people’ 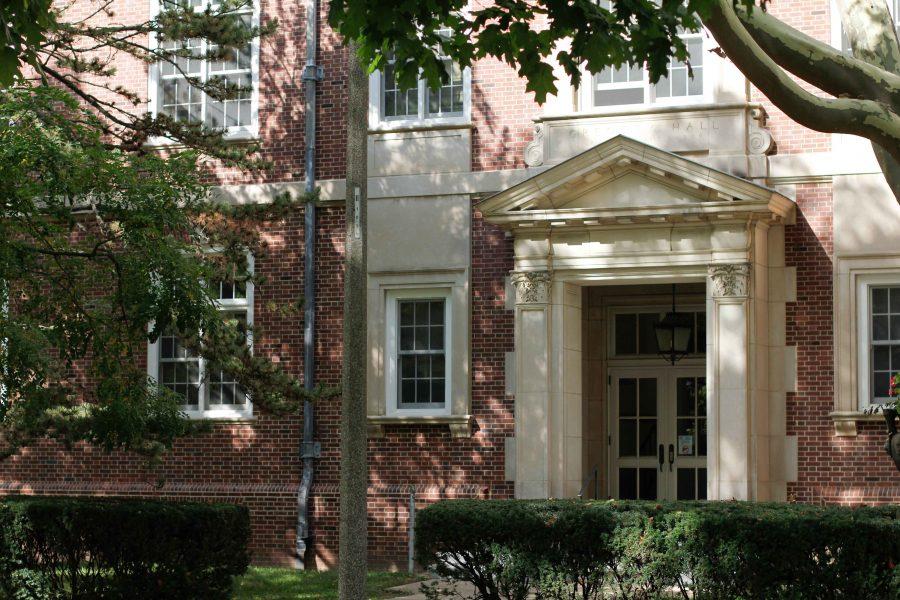 Gregory Hall is located on 810 S Wright St. Two computer labs in the basement of the building will start renovations spring 2020.

The New York Times attorney who defended stories concerning sexual assault allegations against President Donald Trump is set to give the College of Media’s commencement speech in May.

David McCraw, a College of Media alum from Monticello, Illinois, was recently promoted to serve as the New York Times’ vice president and deputy general counsel on Jan. 9. He graduated from the University in 1976 with a journalism degree.

He hopes to show upcoming graduates that when looking for a job it is easy to feel like the choice will set the course for the rest of one’s career, but this isn’t necessarily the case.

“It’s almost impossible not to feel jealous if your peers appear to be doing better than you are. But careers are marathons, not sprints,” he said in an email. “With a little luck, a lot of effort, and a fair amount of humility, you have a decent shot at getting where you want to be, no matter how you start.”

McCraw’s letter in response to Trump’s lawyer went viral in October after the Time’s wrote a story featuring two women who accused him of touching them inappropriately. In his letter, he wrote that the paper will not print a retraction or apology and that the women spoke out as a matter of national importance.

In a New York Times article, he wrote “I grew up in a small farming town in Illinois. Both my father and my mother were World War II veterans who served in Europe. Unlike many of my Manhattan friends, I get why Mr. Trump appeals to good people like the ones I grew up with.”

But he said when it comes to American’s freedom of speech and knowing what people in power are doing, he does not care about people’s politics.

This is a homecoming for McCraw, who does several speaking engagements throughout the year, but said none can compare to this. His father went to the University on the GI bill after World War II and two of his brothers are Illinois graduates.

“I am back in central Illinois at least once a year to visit family and friends,” McCraw said. “I usually come during football season. Someday I hope to come during a winning football season. I still love driving the highway between Champaign and Monticello and seeing the fields stretching out forever. It never occurred to me as a kid that I would ever miss that.”

After graduating from the University, he went on to work for the Quad-City Times in Davenport, Iowa and earned a master’s degree in communications from Cornell University in 1979. He then earned a master’s degree from Albany Law School in 1992, started working at a New York law firm and began working for the Times in 2002. He now teaches as an adjunct professor at NYU Law School.

“I believe his path from journalist to defender of journalism could inspire anyone, and it is also a lesson to our graduating class that you never know where your degree in journalism, or any subject, will take you. Life can be a winding path, and David McCraw is an example of that,” said Nancy Benson, interim journalism department head.

The commencement speaker is selected through a collaborative process, with the college’s leadership team submitting recommendations and Interim Dean Wojtek Chodzko-Zajko making the final selection.

Benson said the country needs people like McCraw who can defend citizen’s access to public documents and stand up for the press, who are likely to face many legal challenges.

“He is an important alum not only to this University but to this country, especially at a time when a new administration in Washington, D.C., seems intent on controlling communication that flows from government agencies to the public and peddles what they do release as ‘alternative facts,’” she said.