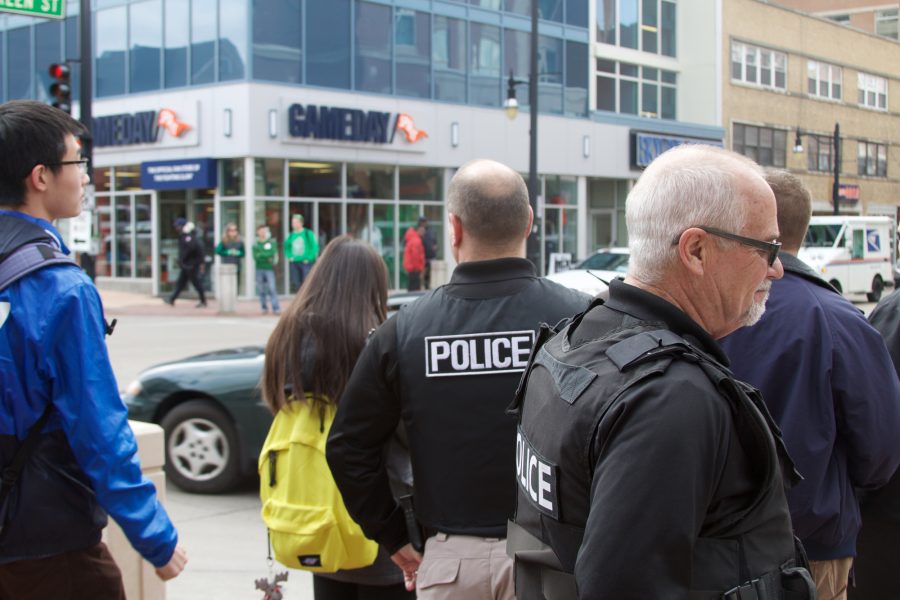 Police officers stand at the corner of Green St. and Sixth St., monitoring the students.

The University of Illinois Police Department released a campus safety notice Monday evening reporting a sexual assault that occurred over the weekend.

According to the release, the UIPD received a report from a campus security authority that a student was sexually assaulted on Saturday at an unknown and unnamed fraternity.

“The only person responsible for sexual misconduct is the perpetrator. University policy prohibits sexual misconduct, including sexual assault, which means sexual activity without the knowing consent of each person,” the release reminds students. “Someone incapacitated due to the use or influence of alcohol or drugs cannot consent to sexual activity.”