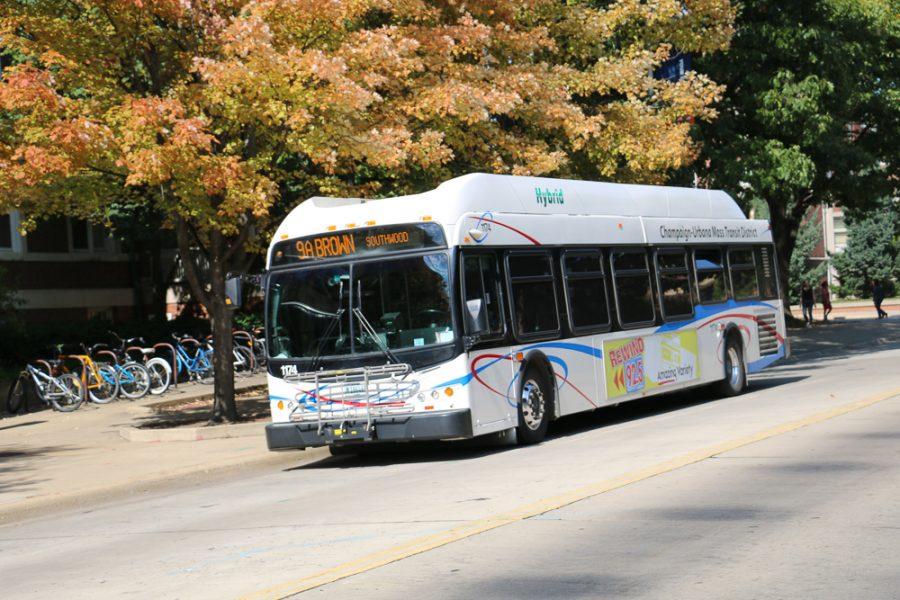 Bus 9A arrives at the bus stop in front of the Illini bookstore on Thursday, Oct 06, 2016.

A University student was struck by a bus early Wednesday morning in the crosswalk at First Street and Gregory Street.

Joshua Reed, a student in Business, was walking west on First Street when a bus turning south on First hit him at 1:30 a.m., said Pat Wade UIPD Spokesman.

Wade said the bus driver, Carl Williford, was issued a citation for failure to yield to a pedestrian.