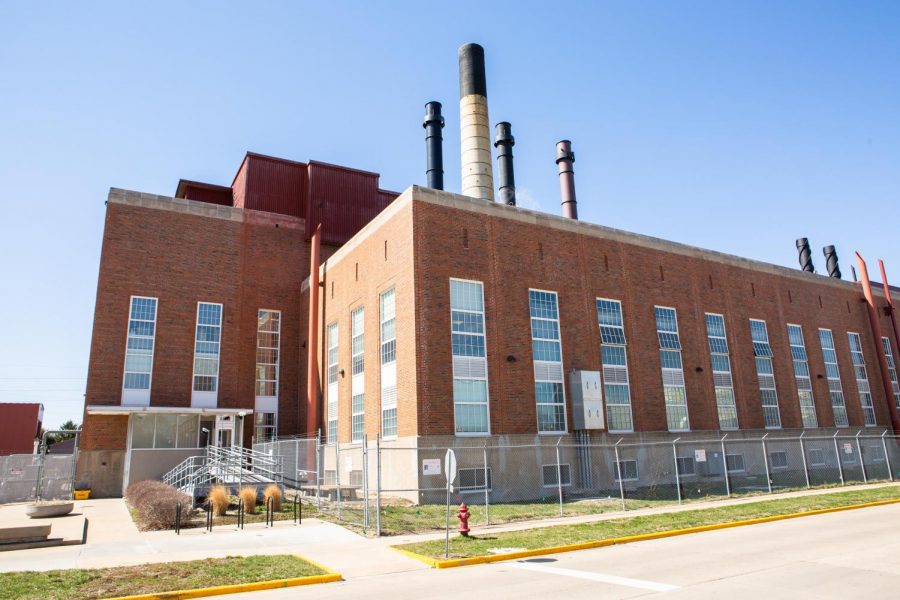 The Abbott Power Plant stands at 1117 S. Oak St. in Champaign on Saturday. The University plans to reduce energy usage by converting to renewable energy sources.

A recent Massmail highlighted the University’s commitment toward reducing the environmental impact on campus, the main goal being a 50% reduction in energy consumption campus-wide.
The key to this plan is the increased expansion of renewable energy sources, continued upgrades to heating, cooling and power generation facility efficiency, as well as a focus on reducing electricity usage for high-impact areas such as residence halls and labs.
Two major renewable sources are outlined in the plan: construction of Solar Farm 2.0 and continued annual purchase of 25,000 (megawatt-hours) of wind power from the Rail Splitter Wind Farm located in Lincoln, Illinois.
One of the biggest takeaways is the proposed $20.1 million Solar Farm 2.0, the next iteration of the University’s continued development of solar power.
According to Dr. Mohamed Attalla, director of Facilities and Services, “Solar Farm 2.0 accomplishes an objective in the 2015 Illinois Climate Action Plan – to generate at least 25,000-MWh per year from solar on campus.”
This solar farm is planned to occupy 54 acres, generating approximately 20,000 MWh annually.
“Once completed, the University of Illinois will be the third-largest user of renewable power produced on campus for all higher education facilities in the entire country,” Attalla said.
Solar Farm 2.0 is a key step in reducing the net energy consumption for the University, with the operation of the facility delegated to Prairieland Energy Inc., a subsidiary corporation of the Board of Trustees of the University of Illinois.
Prairieland Energy and Sol Systems are partnered for the construction of the site.
Another possible energy generation strategy in the plan is the installation of a micro-nuclear reactor for experimental use and as a trial for research experiments. The plan notes that “small-scale nuclear reactors showed promise with regards to providing reliable power with low environmental impact.”
Currently, “there are several faculty in the Nuclear, Plasma and Radiological Engineering Department on the U of I campus that are moving forward with an effort” to get approval for the reactor, according to Attalla.