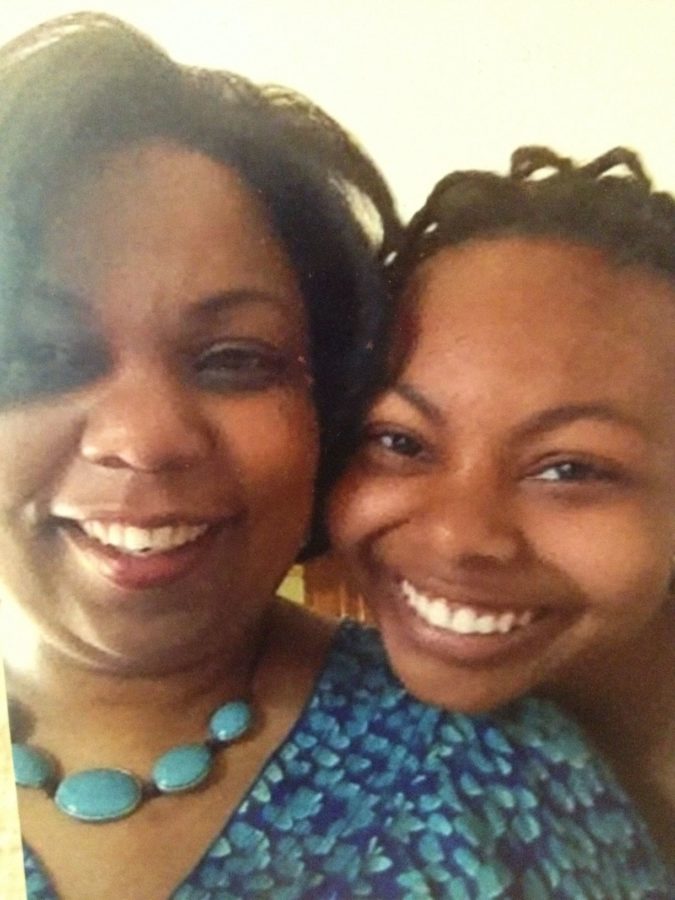 Moms Weekend is an enjoyable event for the thousands of students on campus. But for one student, it holds significant meaning and culture, along with the usual fun.

Jasmine Washington, junior in ACES, looks forward to attending many of the University-hosted events with her family during Moms Weekend. Of the numerous events that take place, Jasmine said, “The Black Chorus Concert is one of my favorite events because of the tradition and deep culture that it embodies.”

The Black Chorus Concert has been with Jasmine’s family since the 1990s, when her parents were undergraduates at the University. Her parents both attended the event with their parents, and now they continue this tradition almost 30 years later by attending Moms Weekend with their children.

Jasmine’s mom, Gia Washington, and brother and freshman in Engineering, Sam Washington, said they also enjoy the weekend. Sam has actively participated in this family tradition even before his enrollment at the University.  He said for him, “Moms Weekend is an amazing weekend to look forward to because it provides great activities for the family to do.” Like many other University students, he gets a break from school and can just relax with his family.

For Gia, Moms Weekend is a time to reconnect with her children, as well as the campus.

“The best part of Moms Weekend is that I have the opportunity to see my kids in their environment, to see the places and people they treasure,” she said.

She also reflects on the changing times and notes that throughout the years she has seen new events develop and old traditions disappear. But to her, the most cherished one still remains to this day: the Black Chorus Concert.

The Black Chorus Concert has been performing since 1968, and is a two-and-a-half hour long event comprised of singing spiritual songs in the form of gospel anthems.

Jasmine said what attracts her to this event is the tribute section, where smaller groups sing classical music composed by popular artists such as Aretha Franklin or The Temptations. She said the most appealing feature of this event is the traditional method of singing African-American music, which is done through repetition — essentially no use of sheet music.

While she attends this event every year with her family, she is excited for this year’s Black Chorus Concert because for the first time, she will be a member of the chorus, too.

She also has a long list of events that she has attended during previous Moms Weekends. Of all the events, the most unique to her was the Horticulture Club Mom’s Day Flower Show at the Krannert Museum, which she attended during her freshman year.

“This event was really distinct from the others because of the wide array of flowers displayed and the colorful art exhibit,” she said.

While she said these events are all enjoyable and worth attending, Jasmine denotes that she truly began to enjoy Moms Weekend after her freshman year when a personal tradition built on exploration became established. In addition to the University events that she attended with her family, they also began to explore the campus itself.

Jasmine said the most valuable tradition became the search for different types of food around campus. This is not something new, as she said food has always bridged her to her culture and family. In fact, food has played a big role in connecting her to her faith and family members from an early age, she said. She remembers baking with her mom and growing closer with her grandmother and aunts through “Soup Sundays” — gatherings where her family bonds over soup recipes.

Even today, she has been able to define her cultural traditions through food; going to different restaurants and trying out exotic foods is now a component of her rooted traditions.

Currently, Jasmine’s dining experiences include Black Dog, which she first tried her freshman year, and Huaraches Moroleon, a Mexican grill she first tried her sophomore year. She said she looks forward to exploring new foods this year and in years to come. She also said she’s excited to explore downtown Champaign this year, since she already had a glimpse of downtown Urbana last year.

From attending every Black Chorus Concert, to sampling a new food on a select weekend of April every year, Jasmine continues a tradition of celebrating Moms Weekend that her parents once celebrated almost 30 years before. For Jasmine, Moms Weekend is a chance for her to see members of two generations of her family.

“I look forward to every Moms Weekend because it gives me a chance to see my family, which is really important to me,” Jasmine said. “I also get to spend time with the hardworking, funny, determined, caring and amazing woman that I get to call my mom.”

Jasmine said she hopes to celebrate future Moms Weekends, even after graduate school, as her brother Sam will continue upholding their family traditions.