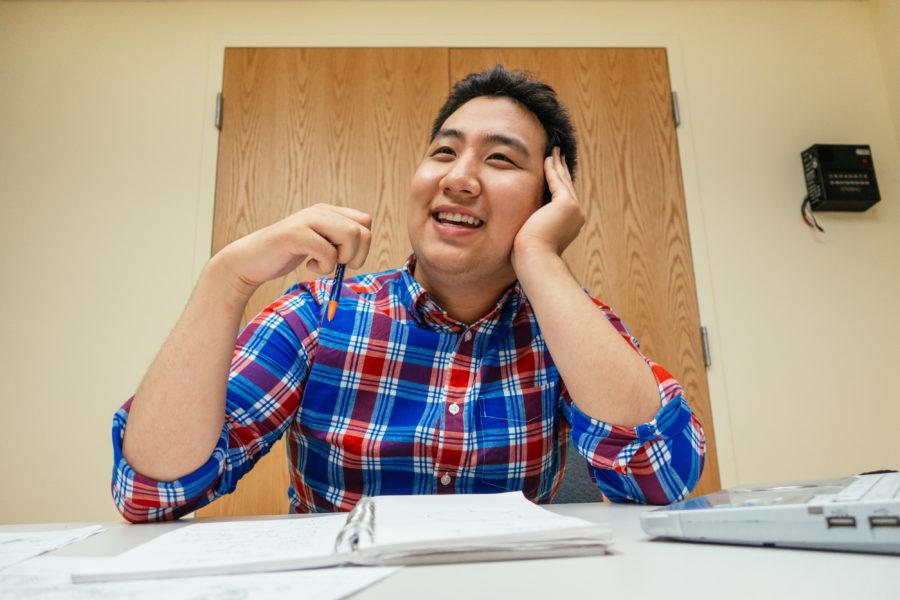 Andrew Lee is producing a web series called Tabloids, which is centered around a group of five high school students in a newspaper class. The show is loosely based off of Lee's own experiences.

Andrew Lee, junior in LAS and FAA, decided to take some of his personal experiences and turn them into a Web show called Tabloids: the Animated Web Series.

The show follows the adventures of five characters in a high school newspaper class.

“The show is also loosely based off of me falling in love with a girl in my newspaper class who didn’t quite feel the same way about me,” Lee added.

Lee said the series is a commentary on the “friend-zone,” as well as how people view women and life in general.

Derek Schneider, junior in LAS, is an executive producer for Tabloids. He does logistics for the Web series, edits audio, voices a character and helps write the scripts.

“This is a show that has a lot of lessons,” Schneider said. “Our goal is to make something unique and something we can be proud of.”

The crew recorded the series at the 88.7 Parkland radio station, as well as the Undergraduate Library audio booth.

Justin Klett, junior at Parkland in graphic design, is a voice actor for the series and helps with designing promotional material.

“I know that Andrew has put everything he has into it, and everyone involved has put as much as they can into it as well,” Klett said.

Over 30 writers, animators and voice actors work to produce the Web series.

“It takes a lot of people and a lot of time, but I enjoy every minute of the process,” Lee said.

The Tabloids crew launched an Indiegogo campaign in early June, where people can donate money for the project. Funds will be used to help pay the animators, who are currently working for free. The Web series also has a Facebook page and website.

“This project deserves the chance to grow and succeed,” Klett said.

The scripts, storyboards and audio recordings have all been completed. The animations are what the group is working to complete next.