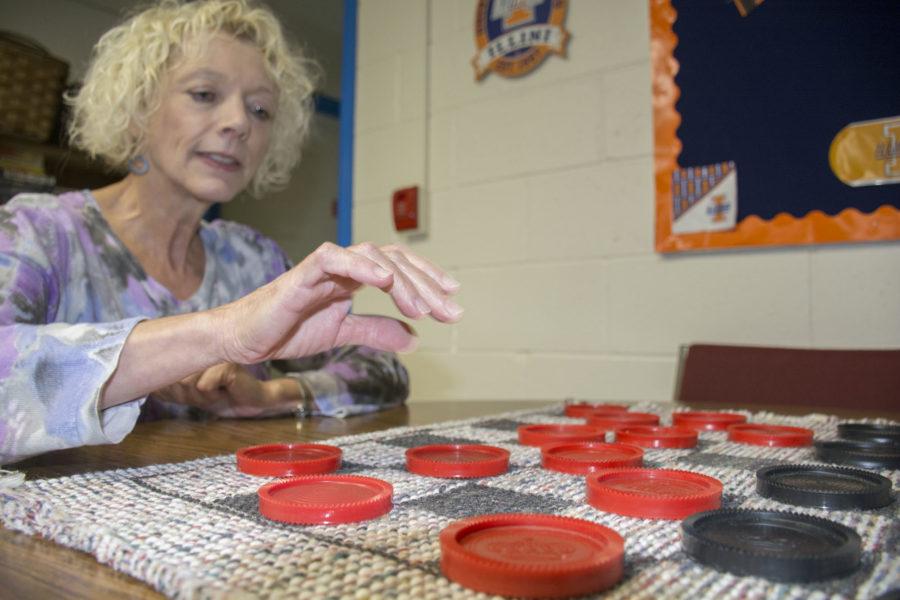 For four women, one in-class assignment prompted a journey that transcended the classroom’s walls.

“We all kind of joined together, and throughout that class, worked together to build it up to what it is now,” Downey said.

Social Ties is described as a program that works with at-risk groups of people, such as the elderly or those with mental illnesses. Participants in the program visit these residents and complete art projects with them such as drawing, playing with clay and blanket weaving, since these groups don’t typically have much social interaction in their daily lives.

“(Halpern) was the one who originally came up with the idea of Social Ties,” Downey said. “The other three of us really like the idea, and it spoke to us all on different personal levels.”

According to a 2008 study from the Harvard School of Public Health, active elderly people in the U.S. face memory loss. The study, however, found that social interactions can slow the rate.SO

Gore said “Social Ties” stresses the importance of social interaction. Along with art projects, members sit and simply engage in conversation with the residents because it can have a great benefit.

“Our target population is people who don’t get enough meaningful activities in their life,” said Gore, the program’s recruitment chair. “We’re trying to fill that gap with our activities.”

Although residents may receive around the clock medical attention, Gore said they may struggle to form relationships. In addition, they also might need something to get them back into a routine.

“Because of all the changes that are occurring in their life, like they may have just recently retired or lost a loved one, they need to find things to replace their old activities,” Gore said.

Members of Social Ties also try to help the residents fulfill everyday tasks that may be difficult for them on their own.

“Our activities are really focused on being able to work for any sort of disability that these people may have,” Gore said. “For some people, they have really bad arthritis, so simply working with playdough is very therapeutic because it’s soft to the touch, and they get to move their hands.”

Right now, the program primarily works at an adult daycare center called Circle of Friends, located in Champaign. However, they are looking to expand their program to include more residence homes, types of activities and volunteers.

Downey explained how they would like to expand their program to best benefit the individuals they work with.

“We were hoping to get in contact with different (registered student organizations) who were interested or doing different fun (activities) with them,” she said. “We would like to branch out and do anything. We were thinking of doing a stand-up night or karaoke.”

The program is also looking to help out at more residence homes in the Champaign-Urbana community in order to “get out there and make impactful changes in the community,” as Downey put it. But the most important part of this expansion process is recruiting more people to be a part of the program.

“We are looking for people to get involved, whether they just want to come and volunteer with us or be on our leadership team because we are looking to expand to make this a sustainable group,” she said.

Overall, Gore said she hopes Social Ties can create meaningful interactions between the residents and members.