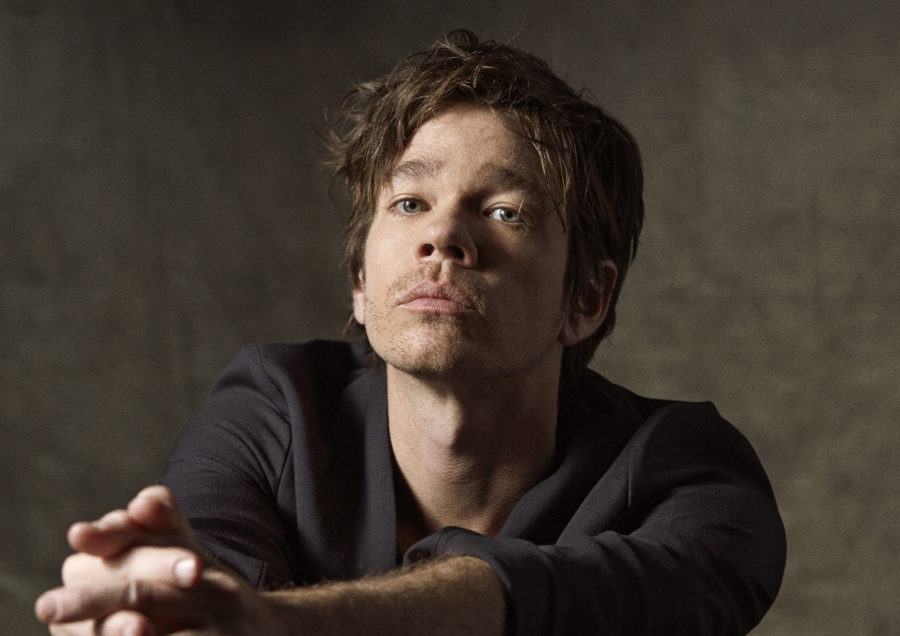 Photo by Fueled By Ramen | The Daily Illini Singer-songwriter Nate Ruess has been in bands for 15 years. He released his first solo album, “Grand Romantic,” in June.


Nate Ruess is a singer and songwriter, who is the lead singer of fun. and previously The Format. He released his first solo album, “Grand Romantic,” in June. He will be performing at Foellinger Hall as as part of the Campus Consciousness Tour on Sunday at 7:30 p.m.

The Daily Illini: There’s been a lot of buzz about you coming to our campus. How has life on tour been treating you so far?

Nate Ruess: It’s been awesome. It’s been about two years since I’ve been on tour. I kind of got a glimpse of what it was like to be at home. So now, about two weeks in, I have to remember what it is to be on tour. I gotta say, I love it out here so much. It feels like I’m reuniting with an old friend. I just forgot what it’s like to wake up in a different city all the time, to have like a group of people that you travel with every single day. It feels a lot like summer camp. It feels great to be back.

DI: This is your first tour as a solo artist, and you’ll be performing songs from your first solo album. Walk me through when you first had the thought that you wanted to go a new direction from fun. and start doing solo work. What went into this decision?

NR: Fifteen years of being in bands, I’ve always been obsessed with music, and making music for a living is always what I’ve wanted to do. I feel very lucky that I’ve been in some amazing bands. And suddenly, after having this kind of level of success, winning Grammys, all this other crazy type of stuff, I felt I was checking off a to-do list that I never even knew I had. So when I finally got home off of touring for that last fun. album, I looked at this list and thought, ‘Well, shoot. What else do I want to do?’ And I realized that I’d never had an opportunity to just come out and do anything on my own. I was spending some time alone for the first time in a while, and I was quite enjoying that. So I was just like, “Oh, this would be a great time to release a solo album and, coincidentally at the time, I had just started writing songs. And I felt like I’ve always written personal songs, but these ones just felt like near and dear to me in a completely different way.

DI: What was it like the first time you stood on a stage as Nate Ruess and not as a part of The Format or of fun.?

NR: It was great. You know, I usually just get up there and do whatever the hell it is that I do up there, out of, just, excited fear. And it didn’t matter whether in fun. we were playing in front of five people or 5,000 people, there is always this kind of fear that overtakes you. I don’t know, I got up there and just sang and pounced around and did what I always do. I just didn’t think too much about it, because I’m usually just nervous anyway.

DI: You’ve said in previous interviews how the idea for your song “Nothing Without Love” came to you while you were in the shower. What’s your typical songwriting process and what you find to be most successful?

NR: I’m not the type to kind of sit down and write a song, unless I absolutely have to, unless I’m writing a song for someone else. But for my songs, they’ll usually come in the strangest of places When I do it for myself, it’s kind of one of those things where I’ll just be driving down the road or I’ll wake up in the middle of the night, and just have this song stuck in my head. And I know it’s a great song to me if I want to stop whatever it is that I’m doing and actually start working on it. Usually what’ll happen is I’ll sing into my phone, wherever I’m at, and the next day, if I still feel like it’s resonating with me, then I’ll actually maybe sit down and start working on it.

DI: What’s up next for you after this tour? Do you have any songs in the works?

NR: You know, obviously I’m going to keep touring on this album, because it’s something that I’m so beyond proud of, and I’ve got a group of musicians that are just a group of people on the road with me that I love spending every single day with. As soon as that kind of starts to settle down, I’m really not sure. I pride myself on my ability to not clog up my schedule, and to just kind of do whatever I feel like doing. But you just never know where life takes you.

DI: If you could tell your 19-year-old self — before The Format or fun. — anything or give him any advice, what would you say?

NR: God, that’s a really good question … I don’t know because I wouldn’t change the trajectory, or whatever it is, the ebb and the flow, of the life that I’ve had. I mean, obviously I regret some things. But I don’t know how many of those things that I would actually change. I would just tell 19-year-old me, just try and enjoy it maybe a little bit more than I have. I’ve always been the person who’s kind of calculating what to do, and I would never get too excited, and I would just tell myself to maybe, for the sake of not missing out on what’s happening in front of you, to try and feel it a little bit more. Let the bad moments happen and learn from them, for sure.