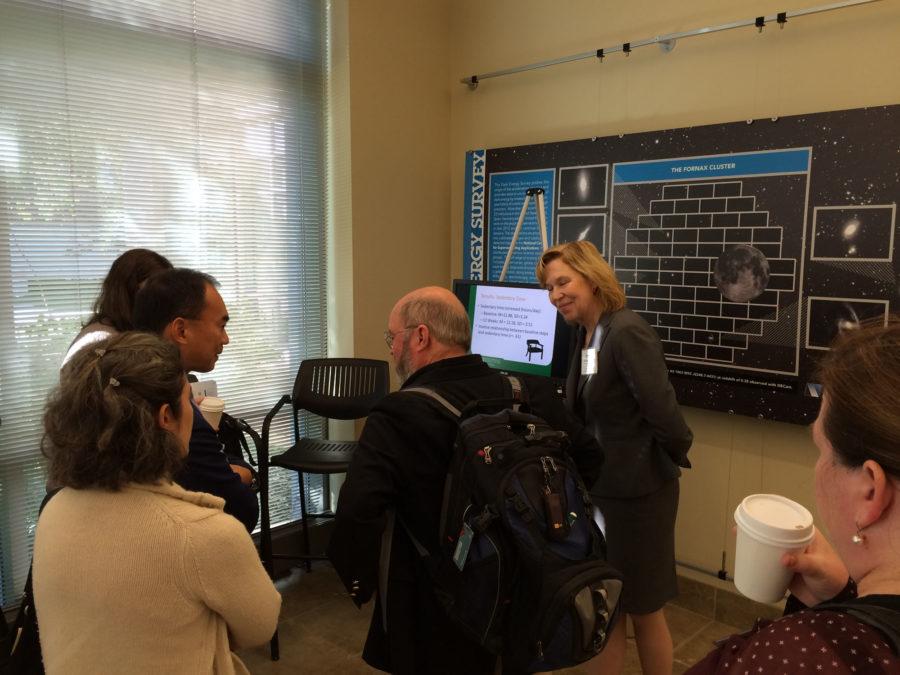 “Sitting is the smoking of the 21st century” — this is the call of the Sedentary Behavior and Health Conference, which was held from Thursday to Saturday and was live streamed online internationally at the National Center for Supercomputing Applications.

As the first international conference on the topic of sedentary behavior, the event’s goal was to bring attention to the growing problem through workshops, 28 presentations from scholars in the field, poster sessions and more.

“Obesity, chronic disease problems due to lack of physical activity and overeating have become a worldwide problem,” wrote Weimo Zhu, University professor of kinesiology and community health and organizer of the conference, in an email. “To meet our genes’ ‘moving’ needs, we have to keep the same moving patterns. The modern ‘mandatory’ sitting environment, however, makes us sit too long.”

He cited examples such as learning, working, traveling and socializing — all of which require prolonged periods of sitting.

Zhu explained that he discovered sedentary behavior affected his personal life a few years ago. Though he exercised daily, he would sit in his office for a majority of the day. He began to feel negative impacts such as lower-back pain and increased blood sugar.

After exploring a few alternatives, he built a standing desk in his office and now stands for five to seven hours during his work day.

“Studies show that even a five-to-10-minute break per hour from prolonged sitting could bring some significant health benefits,” Zhu wrote.

The promotion of this lifestyle was even coordinated into the structure of the conference — to have a break from prolonged sitting, attendees participated in standing Q & A sessions as well as “standing applause” at the end of presentations.

Zhu organized a conference specifically about sedentary behavior and health because he feels it is his “responsibility” to address critical health problems as a physical activity and public health scholar.

Throughout his career, Zhu’s research has focused on kinesmetrics, or the measurement and statistical analysis issues in kinesiology. He spoke at the conference on the topic of “critical psychometric issues in analyzing sedentary behavior,” discussing how to best measure data about sedentary behavior and the research problems that go along with it.

Not only was the Sedentary Behavior and Health Conference unique in its topic, but it was also different because it was live-streamed online. The streaming allowed for viewers to have remote access to conference events and the ability to chat in real time with speakers.

The live streaming was done in cooperation with the National Center for Supercomputing Applications and YellowBox Advertising. Nate Hartmann, creative strategist for YellowBox Advertising, said a mutual friend of his and Zhu’s reached out to him about four years ago to begin initial planning of the conference.

“Over time, they realized there was a lot of international interest,” Hartmann said. “They realized this was a way they could take it up a notch and make (the conference) available to a lot more people.”

Hartmann said this live streaming aspect is unique because while other conferences may stream speakers into the conference, they haven’t seen any conferences that broadcast to a larger audience.

Looking back, Zhu believed it was a wise decision. Approximately 100 individuals and 30 universities worldwide participated in the conference through the live stream.

“You will start to feel benefits — released lower-back (pain), decreased blood sugar and pressure, more energy — when you can stand for thirty minutes at a time,” he explained. “Again, remember that prolonged standing is not good either; the key is to integrate sitting, standing and small movement together and make your life ‘active living.’”