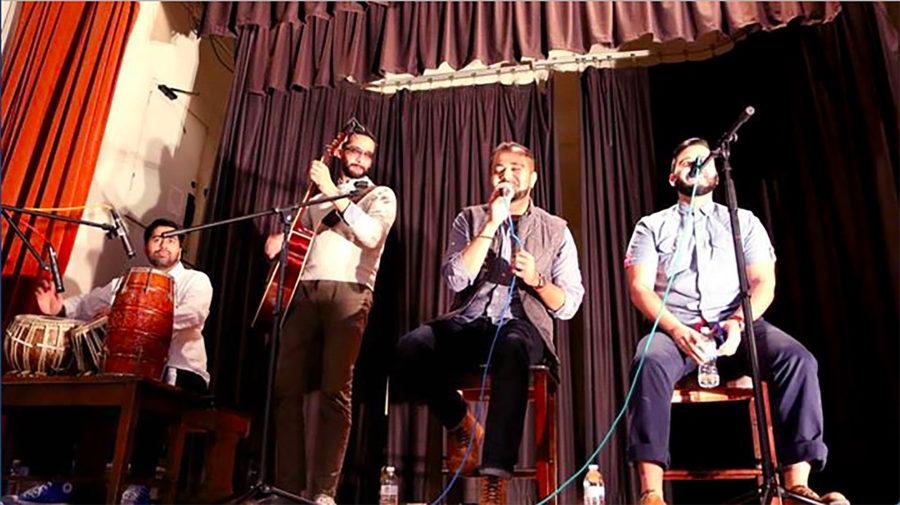 One of the many performances at last year’s PakSA culture night.

Biryani, flavored rice made with Indian spices and meat or vegetables, and nihari, a curry consisting of slow-cooked beef or lamb along with bone marrow, are two well known South Asian dishes that attendees can try at Pakistani Students’ Association’s third annual culture night.

Pakistani Student Association (PakSA) will bring together people of different South Asian ethnicities and share the Pakistani cultural heritage with the campus community on Saturday at 6 p.m. at McKinley Presbyterian Church. Inas Mahmood and Sharmeen Khan, both juniors in LAS, will be emceeing this night full of performances, a golgappa — crispy shells stuffed with potato and chick peas — competition and a traditional Pakistani dinner.

Ali Nizamani, junior in FAA, will open for the event with the Pakistani national anthem, “Paksar Zameen.” This will be followed by a variety of other talents and performances like singing Pakistani songs, reciting poetry, playing the ukulele, French horn, “tabla” and other instruments. Most attendees come dressed in traditional clothing — men wear kurtas and women wear salwar kameez.

Hashim Sharif is a graduate student at the University from Lahore, Pakistan, who will be performing at culture night as well.

“I would like to thank Maryam Shehzad (vice president of PakSA) for spreading out the word and motivating me to perform at the culture night,” Sharif said.

He will be singing a Pakistani song called Dil Dil Pakistan, which is a patriotic song released in 1987 by a pop band called “Vital Signs.”

Nizamani said he will also be playing a piece titled “Lament” on the French horn to express his sorrow for the suffering that has plagued Pakistan in recent years.

“A lot of Pakistanis in the U.S. know this feeling all too well, and I hope that those attending culture night can connect with my performance,” he said. “(Pakistan’s) underground music culture came about from a lot of censorship a few decades ago. Now our country boasts amazing rock bands, as well as the famous Coke Studio, and of course classical legends like Nusrat and Rahat Fateh Ali Khan.”

In addition to biryani and nihari, dinner will include biryani various curries and naan.

“Food is celebrated in Pakistan probably more than anywhere else,” Sharif said. “Whenever I go back, I don’t miss out on any opportunity that comes my way.”

Tickets for the event are being sold for $12 Monday through Friday 11 a.m. to 3 p.m. at the Illini Union Courtyard Café. The price will go up to $15 at the door.

“We’re all very excited because it’s our biggest event of the semester,” said Armina Rizvi, freshman in LAS and PakSA’s social media chair. “There are going to be a lot of amazing performances that you won’t want to miss.”