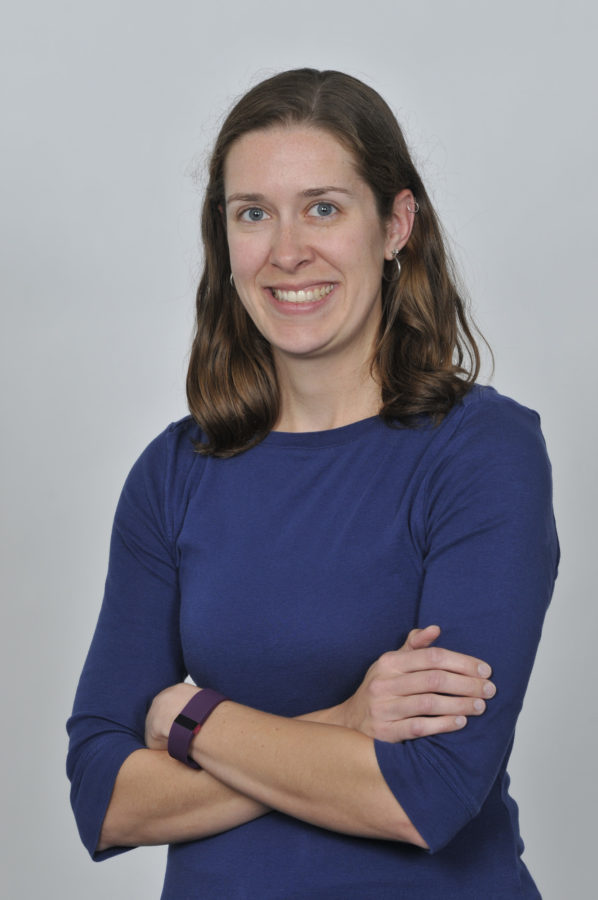 The 2010 University alumna works for 3M, a corporation that produces various items, ranging from adhesives to medical supplies to car care items. They are best knownn for making Scotch Tape and Post-It notes. In her current position as product development specialist, Dailey creates new and innovative products for commercialization.

But it’s her time at the University, where she earned her Ph.D. in chemistry and worked at the Moore Research Group, that led her to this career.ss

“The chemistry program (at the University) is very strong, so that was something that really attracted me to the department in the first place, the fact that I could work for a lot of different professors doing research,” she said.

Dailey worked for a research group at the Beckman Institute under Jeffrey Moore, University professor of materials science and engineering.

Moore said he could never forget Dailey and her impact on the group — even after six years.

“Creative, thinks outside of the box — that was Mary,” Moore said. “She wasn’t afraid to make mistakes and learn from them. She had a great sense of humor, a kind personality, and she was very organized.”

Dailey said her research was specifically focused in self-healing polymers, which are materials that can heal after being cracked or damaged. Self-healing polymers interested her because they presented a problem that was related to more than just chemistry.

“I had to learn a lot about material science, and how doing certain things to the materials would affect their performance,” she said.

Dailey strayed away from her chemistry background and worked with material science through Gerald Wilsonss, an alumnus of both the University and Moore Research Group.

Wilson started working alongside Dailey in the fall of 2006, and he co-authored publications with her. Although he graduated with his Ph.D in Material Science and Engineering in 2007, he still keeps in contact with Dailey.

“She was very tenacious but she was balanced with an excellent personality,” he said. “She was encouraging when pushing projects.”

In this interdisciplinary program, Dailey said she learned how to work with people from all different backgrounds. One challenging aspect of doing this, she said, is learning how to communicate findings to a diverse audience.

“Communication of your results in the lab is something that’s very, very important. How do you tell a person who’s not an expert in your field what you’re working on?” she said. “I think grad school really helped me figure out how to do that.”

Wilson said Dailey offered a unique perspective to the group.

“She had a good gut for innovative ways to approach things,” he said. “She was very competitive.”

“She was a very good athlete. She also tried to get me to run, but I was a sprinter in college, so she wasn’t so successful,” Wilson said.

After completing her graduate degree in 2010, Dailey decided to take her experience into industry. She took a position at 3M for the variety of research available — whether it’s long term product development or making a product quickly for commercialization — and the diversity of products that the company produces.

“They stress that you don’t have to stay in one part of the company, and that’s something that I really enjoy,” Dailey said. “I can work on something for four to five years and then switch to a different division.”

In her fifth year of working at 3M, Dailey is currently working on commercializing a film composite that is being used for the trackpad industry. Parts of the product have been commercialized, but she and her team are working on branching it out to other product areas.

The product is made to be used in laptop trackpads.

The challenge of making a material like this is what interests Dailey the most.

The composite has to be durable, stain resistant, and scratch resistant, while also feeling smooth to the touch.

“I like working with materials because it’s something you can feel and touch and see an impact of where that material goes,” she said. “So to actually see it as a trackpad in a laptop and know what went into making that film is really cool.”

Aside from her work, Dailey said she enjoys giving back by mentoring younger students, similar to what her mentors throughout her career gave to her.

Dailey said this includes encouraging younger women who are entering this male-dominated field. In her experiences, it hasn’t been uncommon for her to be the only woman working in a group or a laboratory. But she doesn’t see this as a challenge, so she tells students what she already knows herself.

“You can do anything you put your mind to,” Dailey said. “Just because you might look different than the person next to you doesn’t mean anything.”