The reason for the rise: College textbooks see price increase 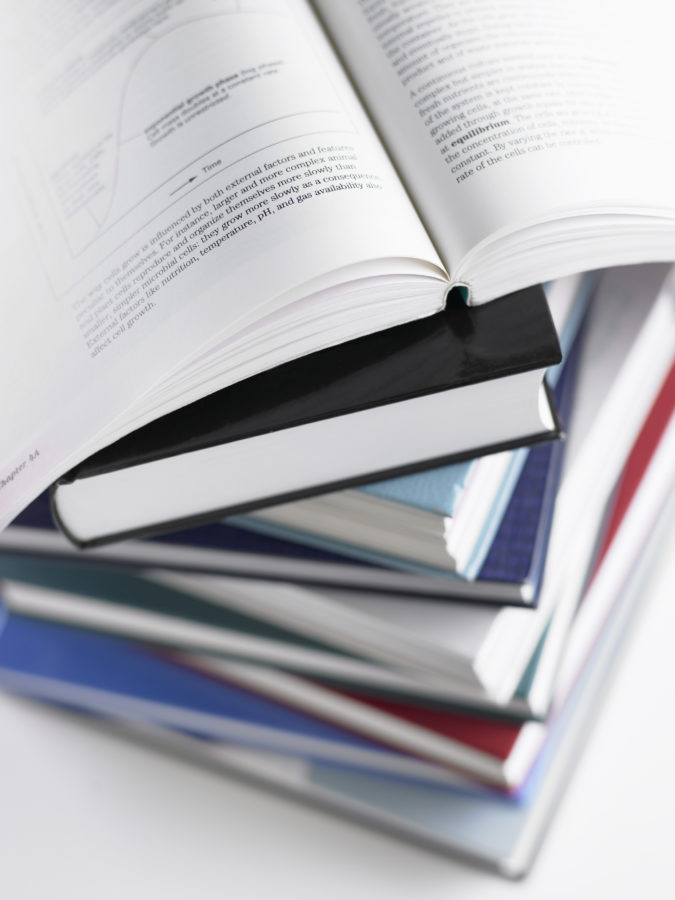 College textbooks are one of the biggest contributors to student costs, and many on campus have questioned whether or not the amount of money they have spent on textbooks is worth the investment.

“I’ve spent around $150 (for textbooks) each semester but haven’t even used any of them for more than that one semester,” said Peter Itskovich, junior in Engineering. ag

Although some books may be required for certain courses, Itskovich said he has become more hesitant to purchase various textbooks that he thinks he won’t fully utilize.

“I honestly haven’t found any of my textbooks useful. Lecture notes are always more helpful and relevant,” Itskovich said. “ Most students have the same problem and that’s why I think that some don’t even bother buying them.”

For decades, textbooks have continually increased in price each school year. Brian Paragi, administrator of Champaign’s T.I.S. Bookstore, claims that the prices could be attributed to major publishers and their willingness to keep their shareholders content through annual growth and profit.ag

In addition to shareholders, he also stated that used books can also make an impact, as publishers increase their textbook prices.

“Publishers have hated the used book market since used textbooks became a commodity, so they do what they can to keep squeezing more dollars out of an aging book,” Paragi said.

For T.I.S., once a University department turns in a book order, they estimate the sales using the history for the department and course. After searching for used copies through wholesalers, those that they cannot get used are ordered from the publisher.

“Books from most publishers, such as Pearson and Cengage, are net priced, which means bookstores mark them up from the price that is billed,” Paragi said. “(However), some publishers use a list price with a discount, such as Wiley.”

With students emphasizing cost and usage as major drawbacks of textbooks, others on campus have tried to find ways to overcome these concerns. Among them is Milind Basole and Yury Borukhovich, both supervisors for eText, a digital textbook service exclusively found at the University. Their vision was to minimize a student’s investment on textbooks by providing them with opportunities to gain a low-costing book.

“There are the multimillion dollar businesses that have these giant buildings filled with thousands of employees who just keep bumping up the cost. Then whoever is selling it adds their cost to it, and then it’s just markup after markup. Before you know it, you have a $200 textbook that you may open two or three times a year because only one of the chapters were used in it,” Borukhovich said. “To us, that is insane.”

This digital library provides professors at the University with the opportunity to create their own coursebook and notes for student access. Professors can also embed multimedia or assignments within the text.

With their e-texts being created by the professors themselves, Basole and Borukhovich want their materials to be as relevant to the course as possible.

“Since it is written by the faculty for the class, there is a much bigger chance that all the chapters are going to be assigned as readings,” said Borukhovich. “Students are feeling like they are getting more for their money because the whole text is being used.”

Even with these improvements of making texts more valuable, eText’s impact on student investments is still limited through the availability of faculty and their willingness to participate in writing their own texts. ag

“It’s really not so much of the student’s choice because the faculty is the one that is prescribing the textbooks,” Basole said. “The way that we see this is that the faculty are our clients, and the students are our customers.”

Without a definite solution, students like Itskovich have tested an array of alternatives to buying the texts for their high retail price. Itskovich has looked for course materials online or shared a textbook to split the cost.

Though textbook prices have increased over the years, Borukhovich and Basole hope to provide a helpful alternative.

“Unlike these major publishing companies, we shouldn’t be interested in gouging students for textbooks,” Borukhovich said. “We want students to feel as though they are getting the most out of what they are paying for.”