Album review: Kanye West's “The Life of Pablo” does not disappoint for hip-hop fans 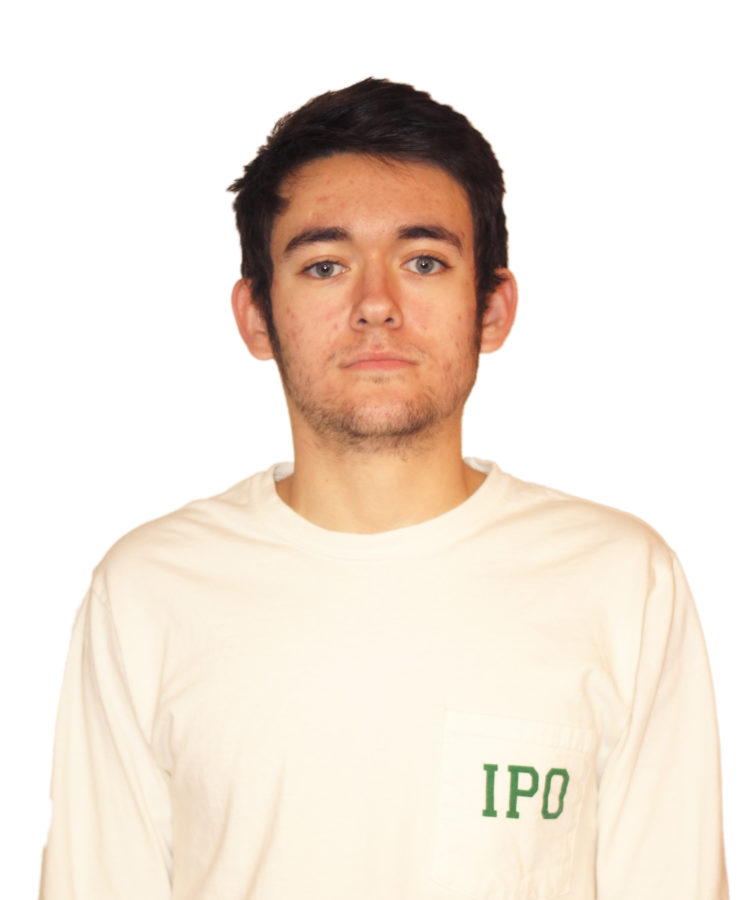 Whether you love or hate Kanye, there’s no denying that he’s one of the most influential artists of this generation. What’s so polarizing about Kanye is not only his unpredictable behavior that you can’t look away from, but also the fact that almost everyone has an opinion about him. He’s not just another wishy-washy rapper or pop star; he’s an icon people either adore or despise.

Kanye West’s new album, “The Life of Pablo,” was released via Tidal, a music-streaming service, on Feb 14.EJ And if you’re one of the thousands that signed up for a Tidal free trial this past week, which launched the app into the number one spot on the Apple app store, then you’ve also probably listened to “The Life of Pablo.”

“The Life of Pablo” is a raw, uncut look inside the mind of Kanye West. From expressing his faith for God on “Ultralight Beam,” to somehow claiming ownership of Taylor Swift’s fame on “Famous,” to the struggles of his relationships with friends and family on “Real Friends,” we hear Kanye expose all on this record.

“The Life of Pablo” starts off with “Ultralight Beam.” While Kanye doesn’t have that big of a part on this track, it’s still a fitting opener for the album. We hear the soft words of Kanye backed by a booming gospel choir, making “Ultralight Beam” one of the more clean and pure tracks of the record.

With arguably one of the best verses of the entire album, we hear Chance the Rapper flourish on “Ultralight Beam.”

Kanye has curated an impressive supporting cast of some the biggest names in contemporary music for “The Life of Pablo.” We hear him collaborate with artists such as Kid Cudi, The Weeknd, Rihanna, Chris Brown, Kendrick Lamar, Frank Ocean and more.EJ

A majority of the collaborations work extremely well with the record, my personal favorite being Kid Cudi on “Father Stretch My Hands Pt. 1.” We hear Cudi’s smooth and echoey vocals paired with one of the best beats on the album. The production of this track is second to none, while the beat drop that occurs within the first 30 seconds will have your jaw on the floor. The only problem I have with this track is that I wish it was longer.

“Waves,” the former title track, is a standout of the record. A powerful song where we hear the words, “Even when somebody go away, the feelings don’t really go away. That’s just the wave.” Chris Brown rounds out the track with his atmospheric vocals in the chorus. If there was ever a song Kanye is remembered for off of “The Life of Pablo,” it’s “Waves.”

In contrast to all of Kanye’s other records, “The Life of Pablo” might be his first album without a stereotypical arena anthem. There aren’t any songs like “Stronger” or “All Of The Lights” that will garner mainstream radio play. That most likely wasn’t Kanye’s goal and will certainly draw the line between the average pop radio listener and the avid hip-hop listener.

While “The Life of Pablo” may struggle to reach the heights of its predecessors, it’s a record that was made for this moment. Kanye has essentially encapsulated the trends and sounds of modern rap and hip-hop into this record. On “Father Stretch My Hands Pt. 2,” we hear the low and monotone voice of Desiigner, a style recently popularized by hit artist Future.EJ On “Famous,” we hear Kanye talk about Taylor Swift paired with the vocals of Rihanna, who just dropped her long-awaited album that premiered on Tidal as well.

Kanye seamlessly intertwines popular trends of modern day music in various areas of the record. While this strategy seems to work in the moment, whether or not listeners will hail “The Life of Pablo” as a classic Kanye record 10 years from now is yet to be determined.

Overall,“The Life of Pablo” is one big, beautiful mess.

The album as a whole doesn’t flow at all, and it feels like Kanye picked all of the songs out of a hat to determine the tracklist. Even though this lack of cohesion does hurt the album, it’s undeniable that “The Life of Pablo” is a stellar LP. If you don’t have Tidal, sign up for a free trial and take a listen to “The Life of Pablo.”