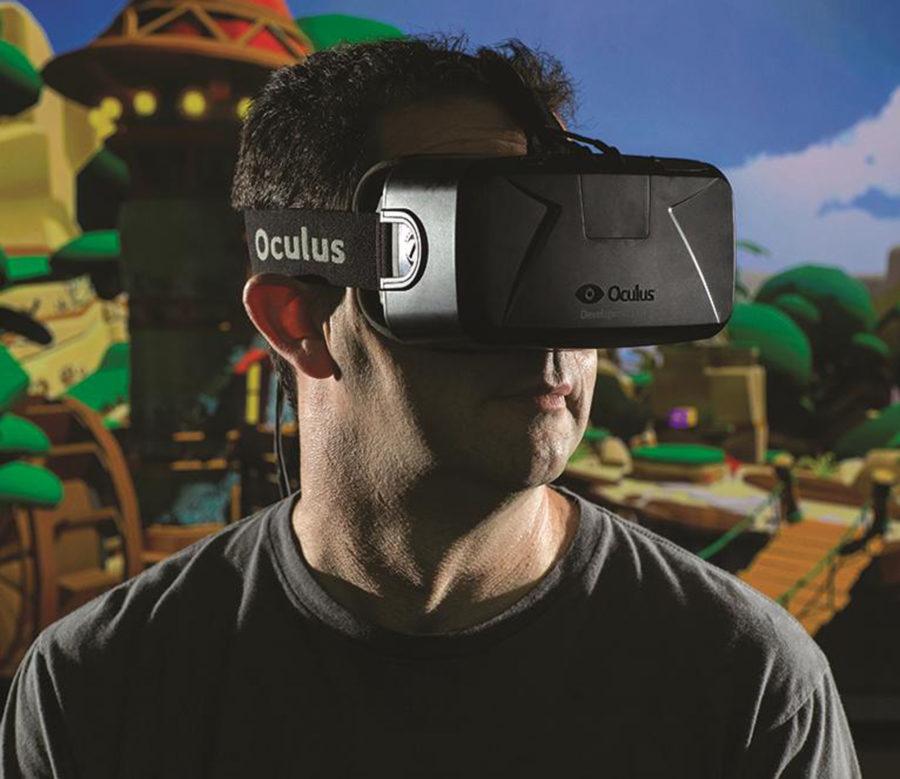 In 2012, Steven LaValle, professor of computer science at the University, went to work at Oculus, the virtual reality technology company that recently released the consumer version of the Oculus Rift virtual reality headset on March 28. As an early contributor to the product, LaValle talked about his experiences, his decision to return to the University in 2014 and his overall excitement about what virtual reality can accomplish.

Responses have been edited for clarity and length.

What was your experience at Oculus like, and what input did you have in their product?

I started working for the company a few days after its Kickstarter campaign that was back in 2012. The company was a couple of months old then; there were only a handful of people.

I started working on head tracking, which was this problem in virtual reality, when you turn your head, you have to get the images to appear in the right place. If there’s some delay or latency in that, then it just doesn’t look right.

Then I got very far into perceptual psychology, because virtual reality is taking over these very basic senses that we have … and replacing the stimulus that we normally get in the real world with something artificial and engineered. There were a lot of strange side effects that needed to be understood.

What was it like to be on the forefront of virtual reality technology?

I think when I first started working for the company, they didn’t have a main office yet. Things were kind of chaotic. I could feel the energy and excitement, but also the pressure to perform and get things working fast.

You’re not directly involved with Oculus anymore, so what was it like to see the Oculus Rift released?

I think it’s very exciting to see it finally come out … we were excited about it back in 2012. It’s also exciting in the sense that people started making head-mounted virtual reality displays going back to Ivan Sutherland’s Sword of Damocles in the late 1960s. So it’s been a long, long process to see this come all the way to the level of some mass consumer product.

At the same time, I also feel like it’s not the end at all … it’s clear this is going to be a kind of headset that we look back on a few years from now and laugh, like, “How did we put up with this?”

What do you think virtual reality as a whole can accomplish?

I think it’s a great way to bring people together. An example of that, it could be that maybe someone’s grandmother is on the other side of the world, and they can all of the sudden attend some nice event, and it may be very difficult due to cost or health issues for them to travel. So this gives people a chance with limited mobility to be able to have a feeling of being present together — either for a social experience or for something like virtual travel, just to tour the world and see other places.

What made you want to leave working in the industry to come back to the University?

While I was there, I came away with so many new ideas for teaching and research. The other thing was, I was already a tenured professor; I’d already been here for quite a while, and this was the career I had chosen. It’s just that Oculus was a really exciting, once-in-a-lifetime crazy opportunity.

One of the things that my wife and I did together was start a virtual reality course. The course fills up immediately — we have to turn away a lot of students.

In the research side, I’ve been working with professors all over campus on (virtual reality) projects that relate to their research. And I’m interested in connecting it back to my background in robotics to help make robotic telepresence work well through virtual reality.

What sector of your research are you most excited about?

Oh, I just run around all over the place being excited about everything. I feel like my hair’s on fire.

Another one is a project with Professor Silvina Montrul, the department head of Spanish and Portuguese, and that one is to do second language acquisition in virtual reality. You can put on headsets and have a fully immersive experience. Feeling like you’re there is a very powerful thing about virtual reality. That’s exactly the thing that’s missing in foreign language classes.

What within virtual reality would you like to accomplish?

Our goal is always to understand things better. I want to understand human perception better in the context of virtual reality … and how to design better systems with that improved understanding.

But you don’t think the field is moving fast enough?

I want to get to the part where it’s working really, really well. It’s working way better than ever before, but … now it’s getting pretty exciting, but the more I taste of it now, the more that I want. I’m impatient.

So being in a field like that where you hope to see it advance really fast, what is motivating you as a researcher?

I think it’s very important to stay on top of things as it advances quickly and to try to speculate about what some new technologies are that are going to emerge or some new kinds of approaches that may be able to impact this technology … what kind of scientific progress, might help shape that.