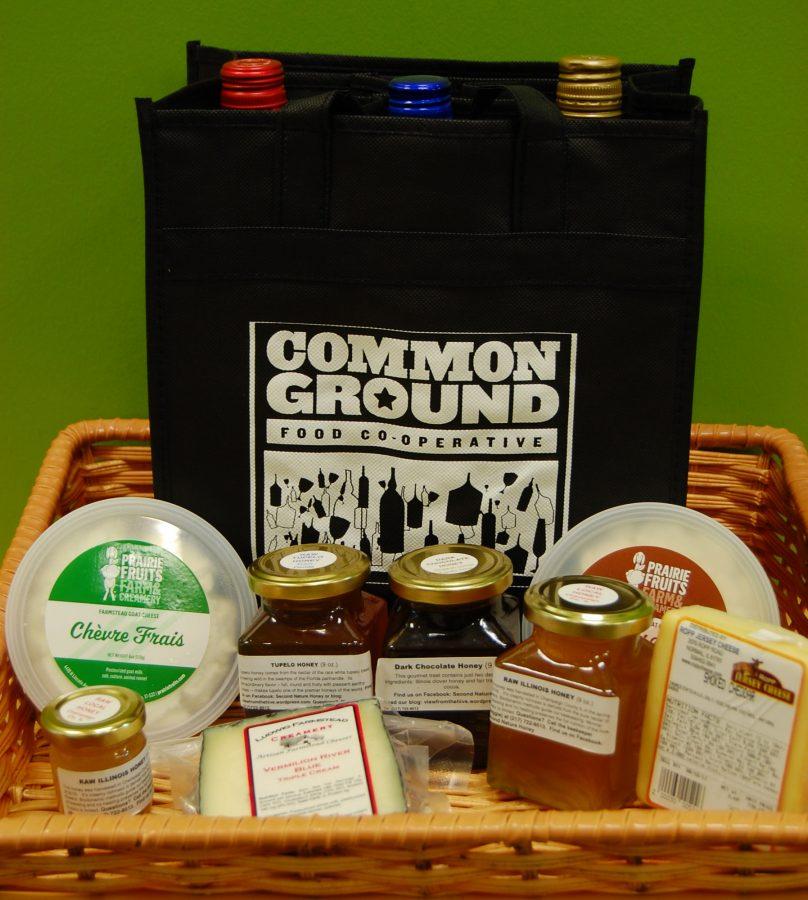 On Friday night, many students will head to the typical happy-hour haunts of Joe’s Brewery and The Red Lion in Campustown to decompress after a long week of classes.

But other students, in the hopes of trying something new, may venture off campus for a free wine, cheese and honey tasting.

Students and community members can partake in tasting local cheeses, wines and even honey from 4:30 to 8 p.m. at Common Ground Co-op in downtown Urbana.

The honey is provided by Maggie Wachter, a beekeeper and honey vendor who will also help host the event.

Anna Barnes, the education coordinator at Common Ground, said that while the co-op holds wine tastings often, this event is unique because it incorporates honey into the tasting, a flavor that can be an unfamiliar pairing.

“If you’re at a really good wine tasting, people can tell you about the notes and you’re like, ‘Oh yeah, I taste that now,’” Barnes said. “That’s what tasting honey is like with Maggie.”

Barnes said her favorite honey available at the tasting is a Buckley from the West Coast. There will also be honey from Illinois, Florida and Washington.

For Vanessa Cook, senior in ACES, this will be her first wine tasting that also includes cheese and honey. Cook said she learned about the event because many of her friends said they were interested in it on Facebook.

“It’s free, and I want to expand my horizons,” she said. “I want to become more of a wine taster.”

Cook added that other students should go because it is great to support local events, especially if they are free.

Even if students are under 21, Barnes said they should not be discouraged from attending as they will still be able to try the cheese and honey.

“We want this to be not only, ‘Hey come and sample this,’ but learn about honey, learn about cheese and wine,” she said.

The honey incorporated into the tasting is not the only unique part of the event, however. It is also one of many events at the inaugural “First Friday.”

Organized by Imbibe Urbana, the night will include many free activities from 4:30 to 11 p.m., such as an outdoor living room with books and board games courtesy of Habitat for Humanity and the Urbana Free Library. There will also be live music at the Independent Media Center, an art opening at Cinema Gallery and even a yoga class from Amara Yoga and Arts.

Bruce Adams, the marketing director at Common Ground, said “First Fridays” will be an umbrella event that showcases what a bunch of small businesses are already doing.

“All of these great things are happening in downtown Urbana, and it’s sort of a way to combine them all together and give people the opportunity to see them all in one place and at one time,” Adams explained.

Adams also said that future First Friday events will feature seasonal offerings, for instance, samples of turkey in October and November. But regardless of which First Friday it is, Adams said students should check it out.

“If students haven’t been to downtown Urbana yet, it’s a great introduction,” he said.