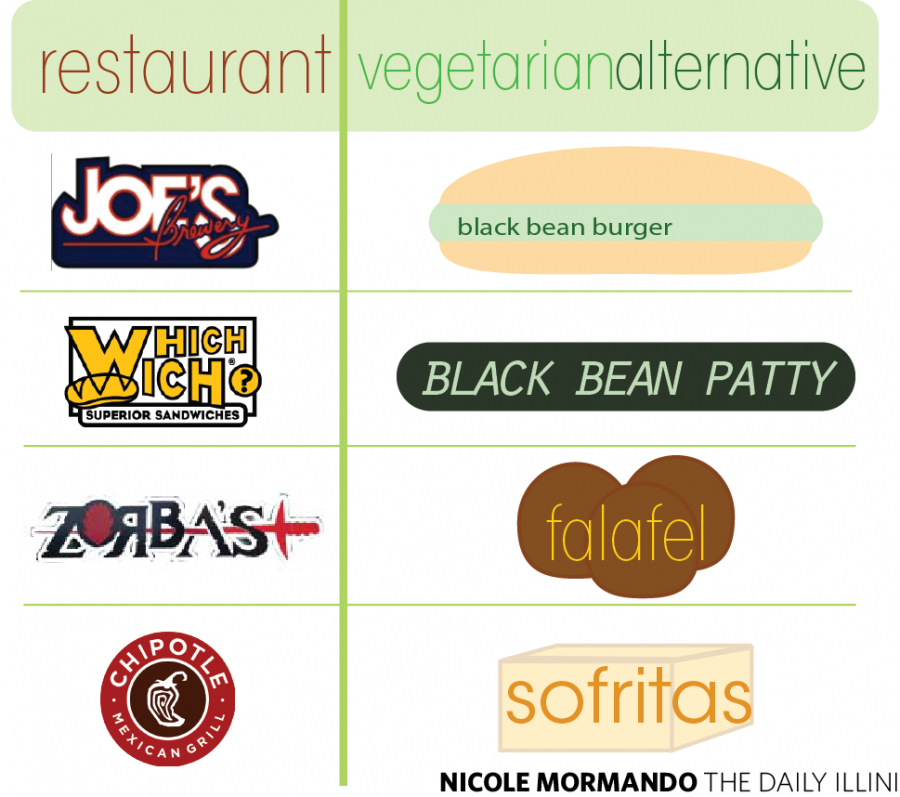 When Alice Chudnovsky, freshman in LAS, attended a vegan cruise called the Holistic Holiday at Sea a couple years ago, she learned all about the benefits that come with being vegan.

The professors and researchers on the cruise discussed the various health and environmental issues that can come with eating meat.

“I was vegetarian since birth because of my mother, and I never had a fundamental understanding of this choice (or never consciously made the choice for myself, even) before I went on this cruise and saw all the lecturers and all the information,” Chudnovsky said.

With Vegetarian Awareness Month underway, it is important to recognize the benefits of giving up meat, as well as the efforts vegetarians on campus make to keep up their diets.

Chudnovsky’s mother has been vegetarian since she was 22 and raised Chudnovsky and her sister to be vegetarian as well.

Living in Illini Tower, Chudnovsky made an agreement with her dorm, Illini Tower that exempts her from a required freshman meal plan. She instead has an upperclassmen meal plan, in which she receives six meals a week and cooks the rest of her food in the kitchen of Illini Tower.

“That was my primary reason for choosing Illini Tower,” Chudnovsky said.

Katherine Woidat, freshman in DGS, has no problem maintaining her pescatarian diet on campus. Woidat’s sister is a vegetarian, and she decided to follow in her footsteps. She said that health is a major factor for her diet.

“It forces me to get nutrients other ways, like through salads and eating vegetables,” Woidat said.

She replaces meat with food like pasta, salad, salmon burgers or eggs.

“There are alternatives to basically everything,” Woidat said.

If one ever gets bored of cooking or eating dorm food, there are many options around campus for vegetarians. Chudnovsky said a lot of Chinese and Japanese restaurants are very vegetarian friendly.

The Red Herring is also a great choice; this solely vegetarian restaurant is located on Oregon Street.

“We have the goals of increasing awareness about health and the role a vegetarian diet can play,” said Emmett Silver, manager of Red Herring.

According to Harvard Health, vegetarians have a lower risk of heart disease, cancer and type 2 diabetes. They also tend to have lower cholesterol and lower blood pressure.

Being vegetarian also benefits the environment, as it helps discourage animal cruelty in the meat industry and pollution created by meat factories. According to PETA, almost 80 percent of all agricultural land is used to raise animals for consumption.