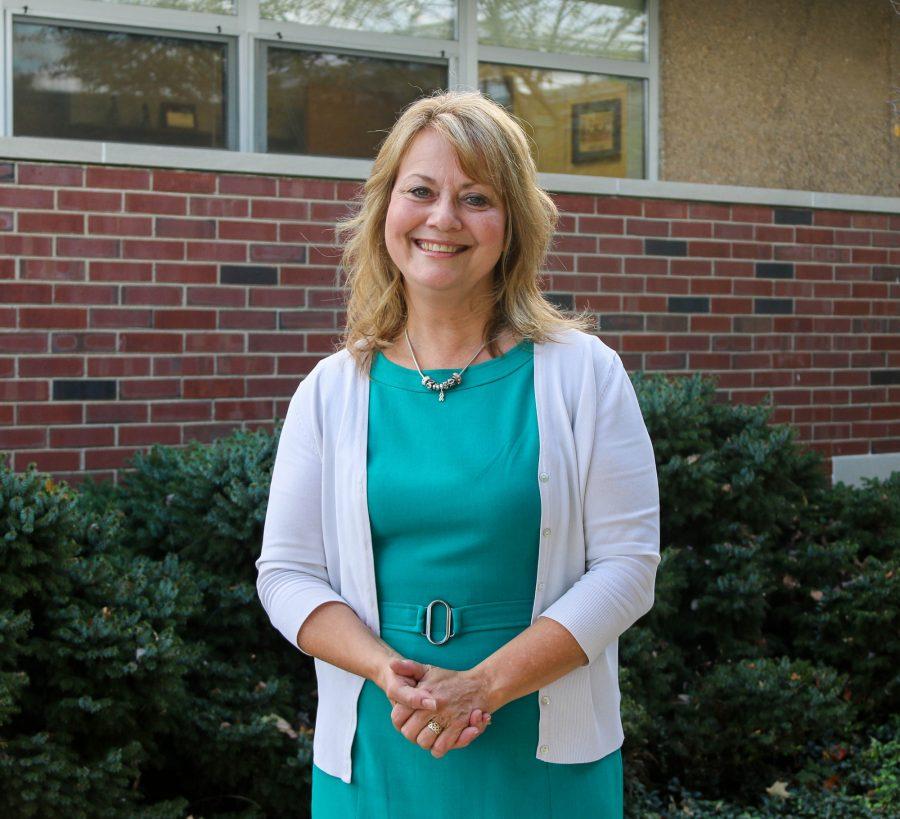 Pat Malik is the Director Divison of Disability Resources and Educational Services.

But sometimes, she forgets to acknowledge the giftedness of each day, to enjoy both the good and the bad, to appreciate talking to her family or scratching behind her dog’s ears.

“I have to be very cautious now to go back every so often and say, ‘Don’t forget you’re a survivor. Don’t let this day slip through your fingers. It’s a gift,’” she said.

Malik was diagnosed with estrogen-receptor-positive breast cancer in 1992. On a Saturday morning in July of that year, she felt an itchy, burning sensation on the outside of her right breast, and when she went to scratch it, she felt a lump the size of a peach pit.

She was 36 and married at the time. Her son Caleb was 2 years old when she got her diagnosis.

“I remember feeling like I had kind of gotten run over by a bulldozer,” Malik said.

For her husband Ron, the easiest way to describe it was “scary.”

“There’s no other way to say it,” he said. “I didn’t want to be a single dad. With a 2-year-old and everything else, it was tough.”

Weeks later, Malik decided to have a lumpectomy, a procedure that removes tissue from the breast, followed by radiation and chemotherapy treatments.

She continued to work full time as a faculty member at Illinois State University as she underwent her first treatments, initially choosing not to tell her students. But once she started chemotherapy, she knew her hair would begin to fall out within 10 days.

It was one of the hardest parts for her. Her hair didn’t just fall out — it came out in clumps. She would sit for a while and then see hair had fallen to her shoulders. It fell out while she was in the shower.

Knowing it would be difficult to hide the effects of chemotherapy, she showed up to her class on the Wednesday before Thanksgiving that year prepared with an announcement.

“Good news for all the people that are here,” she had said to her class. “You get extra points for just showing up, and you’ll be the last of the people who are going to see me with a full head of hair.”

She and her husband came home from visiting family in Pennsylvania for Thanksgiving, where Malik had donned a pink baseball cap. When they got home, her husband got out the electric razor and shaved her head.

“It sounds very vain, but losing your hair, I don’t know why, it was such a difficult thing for me at that period of time,” she said. “But you get over it.”

Her students continued to be a source of support while she underwent treatment. One student gave her a cassette tape of instrumental music. Malik would listen to it when she went for chemotherapy treatments and at night to help her fall asleep. She played it so often that she wore the tape out.

In December, she felt too weak to put up Christmas decorations at her home like she normally did, so a group of her students decided to come to her house one day and put them up for her.

As Malik lay sick in bed, she listened to the sounds of her students talking and laughing in her living room, comforted by the fact that her son Caleb was with them, surrounded by people who cared.

“It’s a really wonderful memory of mine,” she said. “It was one of the kindest things that a group of people have done for me.”

In the years after her last treatment in April 1993, Malik became involved with organizations such as  Susan G. Komen Race for the Cure and Relay for Life.

One day, she was driving home from a Relay for Life meeting with her son Caleb, who was 5 years old at the time.

“You know, God didn’t make me have cancer,” she said to her son. “It’s not something God did to me, it’s just something that happened. However, I just really do believe that God said, ‘Well, I’ve got to get her attention somehow.’”

She explained to her son how she felt she hadn’t been paying attention to her life, and how being busy all the time led her to lose track of the important things.

“I really wasn’t paying attention to God and wasn’t listening to him, so he allowed me to get bonked on the head,” she said.

“I think that God speaks to us in silence, and in whispers, in things that are happening around you,” she answered.  “Why do you want to know what he sounds like?”

In the years after her last treatment, Malik learned to be more intentional about appreciating everything — good and bad — that happened in any given day.

“At least you were here to experience the bad stuff,” she would tell herself.

Today, cancer-free and the director of Disability Resources and Educational Services at the University, Malik reminds herself to appreciate each day. She hopes it is a lesson that she can bring into the workplace, and that it’s something to pass on to her children, Caleb and Jacob.

Caleb said they don’t talk much about his mother being a cancer survivor, but being aware of this fact has helped him be more grateful of his parents.

“It makes me more appreciative of having them around,” he said.

Twenty-four years ago, after her diagnosis, Malik had a conversation with God, saying she wanted to see her 2-year-old son reach adulthood. She said she never takes it for granted that she was given more than that.

“If I were to get a diagnosis now, I would know that I’ve taken care of the people in my life and they’re going to be okay,” Malik said. “And I hope they would be okay, not just because they’re 20 and 26, but hopefully by what they learned by being with their mom, about what the important stuff is and how to treat people and to live their life the best way they know how.”