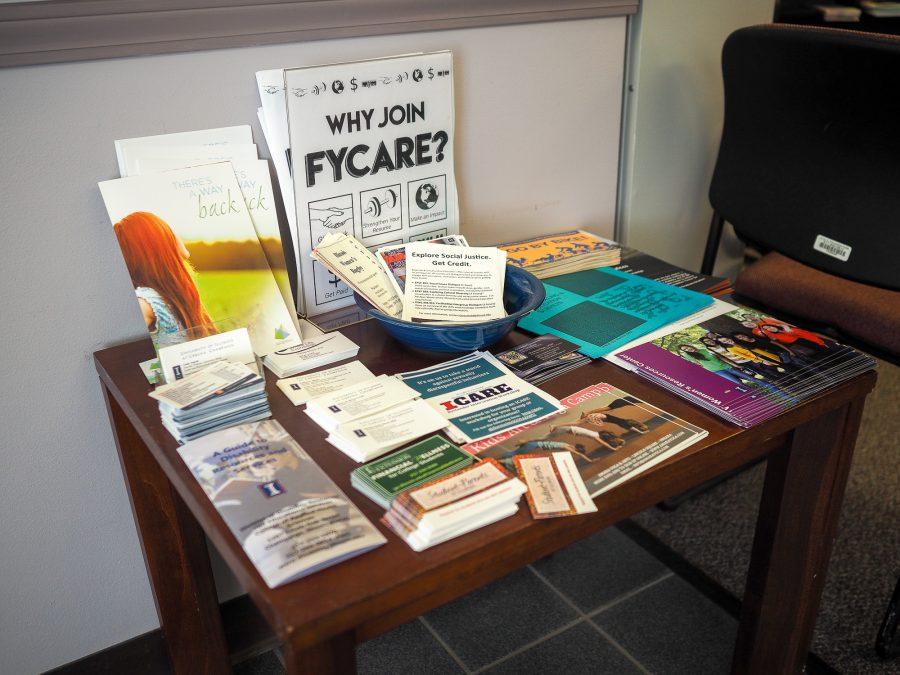 The Women’s Resource Center, which sponsors FYCARE, provides a plethora of resources for students.

A part of University history that students and staff may be unaware of is that FYCARE, First Year Campus  Acquaintance Rape Education, was one of the first college-mandated sexual assault prevention programs in the country.

Established in 1996 officially, FYCARE became necessary for all first-year students after the sexual assault and murder of research programmer Maria Pia Gratton in a campus building on Halloween in 1995. It became one of the first college-mandated sexual assaul prevention programs in the country.

FYCARE still stands strong and will be celebrating its twentieth anniversary from Friday until Monday. Events include presentations from past and current FYCARE facilitators, a karaoke night and a breakfast and service project that benefits rape crisis center, Rape Advocacy, Counseling and Services, amongst other activities and talks.

Molly McLay, assistant director of the Women’s Resources Center, emphasized how important the program has been for the University. The program was formed 20 years before federal and state intervention for educating college students about sexual assault.

“FYCARE has become a part of our institutional fabric. Sexual assault awareness is always on our minds. If we didn’t have the support we currently have to respond it would be a challenge,” McLay said.

Nine-thousand students partake in FYCARE each year through 200 provided workshops.

Through FYCARE and its facilitators, the campus is becoming more of a form of advocacy for sexual assault prevention.

“They have created a pocket on campus that supports sexual assault survivors and where students can stand up towards rape culture,” McLay said.

“Some students may be happy that they don’t have to sit through a ‘boring’ workshop for a measly two hours of their life. But rape culture would be running so much more rampant without FYCARE. Without FYCARE, rape jokes, sexist and harassing comments and sexual assaults would go without someone standing up to them,” Stoecker said.

Stoecker added that the program has become a resource for sexual assault survivors.

“Survivors would have so much less of a support system, and maybe wouldn’t even know where to go to get help or services. With one-in-five college-aged women and one in 16 college-aged men experiencing an attempted or actual sexual assault, the need for FYCARE is clearly great,” she said.

Alex Berezin, fellow FYCARE facilitator of two-and-a-half years and senior in the School of Social Work, agrees with Stoecker that FYCARE workshops provide safe spaces to discuss sexual assault issues. However, Berezin does realize that there are students who do not feel like the program is necessary.

“Overall, I would really want it to be taken more seriously. I feel like a lot of students see it as a chore — something to check off the list to register or to not get in trouble with the University,” Berezin said. “I’ve kicked people out of workshops for various reasons, such as sleeping or showing up too late for the workshop. That’s saying that their time is more important than learning about sexual assault and its survivors.”

In the past four years both McLay and Berezin have seen changes in the FYCARE program. In order to create safe spaces for queer and trans survivors and students, the terminology and formatting of the program has gotten rid of gender binaries.

“This way students don’t feel like they need to come out during workshops,” McLay said.

Stoecker said the program is always working to improve upon itself.

“Every semester, we meet up to discuss changes that need to be made to the script, based on feedback from participants in the workshop, the experiences of facilitators, and current issues,” Stoecker said. “We foster an atmosphere of consistent positive change in order to affect the most positive change within the campus community.”

McLay has seen an increase in facilitators over the past four years. There used to only be 60 but the numbers have more than doubled to 140 facilitators.

“Students can be a part of a bigger change and think about what standards as University students they want to uphold. It will also give them a better sense of what FYCARE is all about,” she said.

Stoecker agreed with McLay that the events will be learning experiences for students.

“Students should partake in the anniversary celebrations because it is a wonderful opportunity to learn about the history of FYCARE, its future plans, and also learn about the organizations we partner with, such as the Women’s Resources Center and Rape Advocacy, Counseling and Education Services,” Stoecker said. “It is also a great way to expand your network and meet others who are so deeply passionate about supporting survivors and working to and rape culture. It’s going to be a lot of fun.”