Urbanite dances its way to the Canopy Club 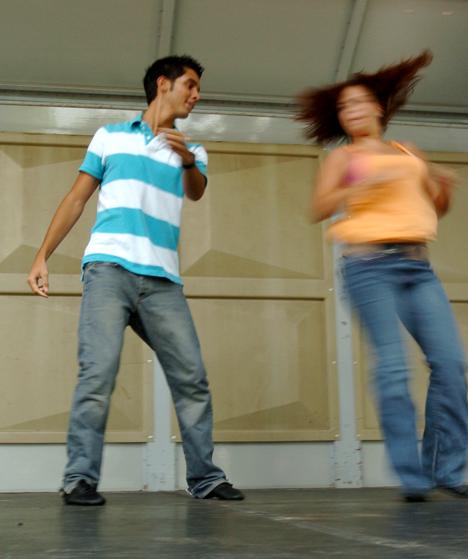 Urbanite, a dance showcase that was founded at the University in 1998 by alumnus Patrick Chen, will be returning this Saturday. Chen helped to create the co-ed hip-hop dance team 2XS on campus as well as at various universities across the nation. Due to Urbanite’s strong ties to the University, Urbanite comes to campus every fall.

Chen helped to create the co-ed hip-hop dance team  2XS on campus as well as at various universities across the nation. Due to Urbanite’s strong ties to the University, Urbanite comes to campus every fall.

Urbanite will be held at the Canopy Club from 10 pm until midnight. There will be a kickoff party at Brothers at 9 pm and an after party at Canopy Club from midnight until 2 am.Tickets sold on the quad are $13. The cost for entry at the door will be $17.

“It’s not the kind of showcase that would come to mind. The general audience member, whether that be somebody in Chicago, or a student at UIUC, would  think of theater-style auditorium,” Taylor said. “It’s not engaging, you just go to watch. Urbanite is a lot different. Everyone from the dancers to the venue staff to the audience are on their feet. It’s really energetic and engaging.”

There will be 20 teams in the showcase this year, four of which will be University groups. Other teams will be coming from as close as Chicago and as far as Mexico. Styles of dance range from hip-hop to Sizaa, a form of Bollywood hip-hop. Urbanite has had showcases beyond the Midwest, such as in China, thanks to its continuous growth.

Galina Eydel, three-year member of 2XS Caliente and junior in media, is excited to participate in Urbanite again.

Eydel said that the team has been practicing since early October twice a week for three hours each. She said the week before the showcase practice can last up to 20 hours. Regardless of practice becoming a pseudo “part-time job,” Eydel said the team loves performing in the showcase.

“We especially like it because we are the only Latin team. We appreciate all the feedback we get. All the hip-hop teams are always telling us how excited they are to watch us and see the Latin come to life,” she said. “ It feels like a family. We’ve made friends specifically from dancing in Urbanite. “

This year the team will be mixing up Latin songs with English ones. For example, a salsa number will be performed to a Justin Bieber song.

Eydel is emotionally tied to Urbanite and her dance group. Her family will be coming down from Chicago to support her this weekend.

“Since I’ve been involved for so long, I have an emotional attachment to it. We become a family in the dance group,” she said. “My roommates are all from the dance group; we formed a bond that is pretty strong. It’s just good to have, especially at a huge school like U of I. “

Eydel said Urbanite should be an event students attend.

“I think that it’s really going to get them exposed to what U of I has to offer besides things at the Union or Quad. Dance is a cool thing for anyone to be a part of: anyone can dance,” Eydel said. “When my friends went freshmen year they had no idea what salsa was or what hip hop looked like. Urbanite got them out of their shell, and they said they  would go to it again. It opens people  to a whole new world.”

Taylor agreed Urbanite is a great atmosphere for University students.

“Urbanite provides an event for an audience that doesn’t feel the most engaged with dance or isn’t the best dancer. It leaves the feeling of wanting more, wanting to go get out on the dance floor,” she said. “ We don’t have people who really leave the after party. They’ll stay and dance alongside the dancers. “

Michelle Ringo, senior in Education, has been to Urbanite performances twice before and plans on attending this year’s show. She was amazed by previous dance numbers.

“I was in awe at the energy of everyone in the audience and the talent of the dancers. They made me wish I could dance. Everything about the show was exciting,” Ringo said. “ The anticipation of waiting for each dance crew to come up and waiting to see what was next was so exciting.”

Ringo is looking forward to what is in store this weekend.