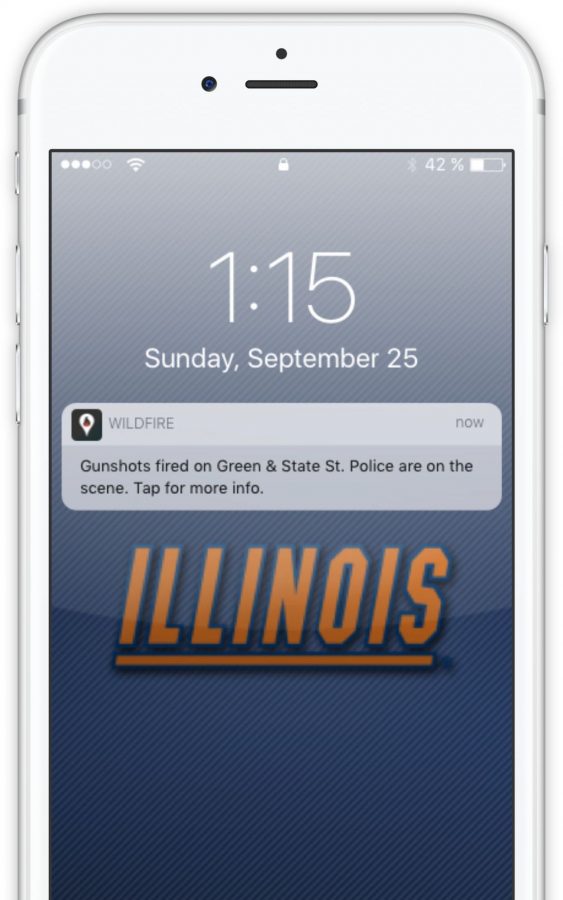 On a warm Saturday night in September, Renee Pond went to The Red Lion, expecting to have a fun night out with friends.

Instead, she found herself in a confusing emergency situation when gunshots were heard and patrons were told to stay inside.

“I was really confused. We didn’t know what was going on immediately,” Pond said. “We heard there was a shooting threat, only because we were fairly close and people were able to hear gunshots.”

This need for faster and more complete information in emergencies is what sparked the idea for the app Wildfire, which launches on campus Tuesday.

Built by three UC Berkeley students, Wildfire is a new kind of alert system, where students on college campuses can post tips about potential crimes and emergencies in the vicinity.

The students got the idea when Hriday Kemburu, co-founder and CEO of the app, was walking home near a campus library and was almost mugged. Kemburu posted on Facebook about the incident, which resulted in hundreds of people thanking him for the tip.

“We realized that Facebook isn’t the best place for this information. We needed something faster so that’s why we decided to build Wildfire,” said Jay Patel, co-founder and developer. “We’re college students who built this for other college students.”

Patel said the app is much faster than other sources.

“Anyone can submit a tip to the entire community and that’s what allows us to be a lot faster … You are on the ground and can spread that information to the people around you faster,” he said.

The app is growing and is already in use at UC Berkeley, MIT and Harvard. Vinay Ramesh, co-founder and business lead, said they have heard many stories where the app has been helpful. For instance, Ramesh said a friend discovered her house was on fire through the app.

“We put this in the perspective that we were able to alert her, among a lot of other people, that this was happening and she could have found out much much later, but she found out about it earlier,” he said.

Before Wildfire, students have looked to other sources for information.

According to a Daily Illini Twitter poll, 75 percent of respondents said they find out about crimes or other campus emergencies through Illini-Alert, the University’s current emergency alert system. Nineteen percent said they found out through social media and six percent credited local news.

Pond said on the night of the September shooting, she does not remember getting an Illini-Alert right away, and that the messages were not too informative. However, she recognized there can be a delay or lack of information because of the need for verification.

Lieutenant Todd Short from the University of Illinois Police Department emphasized the importance of confirming information before sending it to the public.

Short acknowledged that there can be delays between alerts, but this does not mean people aren’t working hard to get the information behind the scenes.

“Everything is situational dependent and depends on the totality of the circumstances that we’re dealing with at the time of the incident,” he said. “We want to be able to provide that information as quickly as we can but at the end of the day, we will only push that message out … once it’s been verified.”

Patel added that they rely on the community to moderate as well. Users can flag posts as incorrect or agree that the incident occurred.

As for alerts, Ramesh said they try their best to find multiple sources to verify information before sending anything out.

“For instance, if we hear about a robbery and there’s not a lot of confirmation, we keep it on the feed so students can look on the feed and be engaged through the feed to find out more information about that post, without us having to … verify whether it happened or not,” he said.

Wildfire is available to download for free for iPhone and Android devices. Patel said they have something to offer that other systems do not have.

“Traditional alert systems are often limited in the information they can contain,” he said. “Whereas on Wildfire you get the full post and pictures and there’s kind of a community around it. People are commenting and help develop the full story and you get more complete information about what’s going on.”