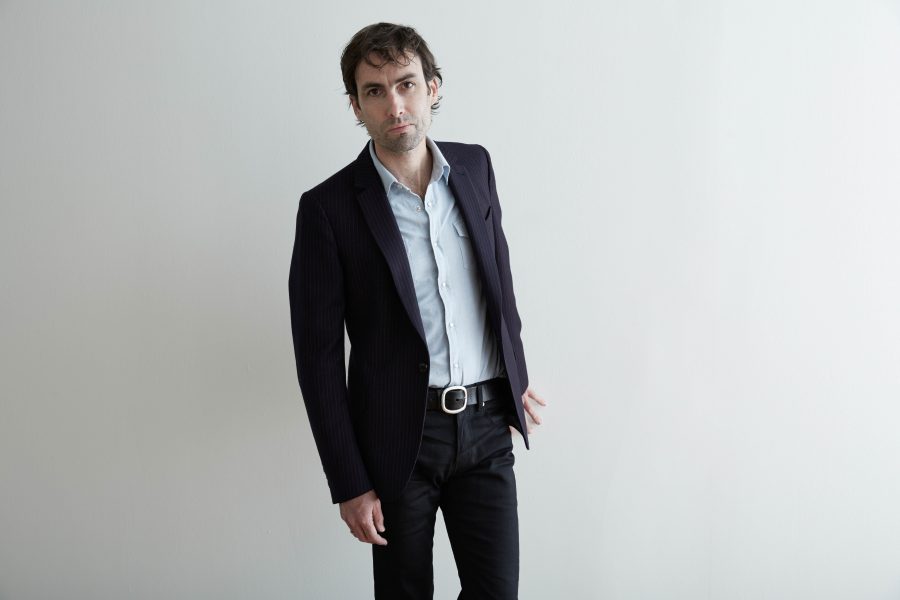 Andrew Bird is coming to Urbana on Monday at 8 p.m. at Canopy Club. Bird is from Illinois and would visit the University when he was in college at Illinois Wesleyan. The Illinois native said he thinks the Canopy Club performance “should be a fun show.”

Known for his esoteric lyrics and epic instrumental solos, Bird has focused on stripped-down, heartfelt lyrics for his album “Are You Serious” — the most recent of 13 solo albums and nine EPs and singles.

The album was born from his time living in New York City with his wife and raising a son together. It’s a shift from his earlier artistically experimental work.

Bird will be performing at 8 p.m. Monday at Canopy Club in Urbana. Tickets are $31 in advance and $36 at the door.

The Daily Illini talked to Bird about growing up, staying traditional and going on tour.

Daily Illini: How did your writing process for this album differ from previous albums?

Andrew Bird: Well, a couple of things happened. I would say that lyrically I felt more of a urgent impatience to cut to the quick and less patience with my former self that might incline toward cryptic lyrics. On the musical end, I was kind of impressed with how much time I spent before we recorded production, just tightening the songs. The previous couple records were a little like live, scrappy, let’s do something real and screw production; whereas, this one embraced production a little more, at least the good parts.

DI: What are the good parts?

AB: I’ve always had an aversion to doing anything that couldn’t possibly happen live in the studio. There’s still this kind of disconnect even though this age of electronic music, its dominance, you still have this block of “that couldn’t possibly happen” or a singer who’s playing with a super loud song and singing in their head voice, you know, it’s impossible. So, I don’t like to sound bigger or more awesome than I could possibly be. It just sounds silly to me, and I’ve always been a big proponent of the analog, the old-school recording techniques, not out of nostalgia, but out of the quest for a better, more pleasing sound. I think it’s a digital world, it’s too much information, too many bits being throw at our brains to be processed, and it’s wearing. I don’t know, I just have a very strong reaction to tones … there’s something with older techniques that reduce the amount of information you’re getting, and it’s just the sound.

DI: You’ve been classically trained in music since a young age. Do you think that affects your predisposition for doing things a little more classically?

AB: No, because I was never a good student in the sense that I never did what was asked of me. I was very reluctant to completely be indoctrinated in the classical world. I always was fairly rebellious in that world, and I haven’t had much to do with it since I was 20, 21 years old. I mean, certainly the tone that I get out of the violin — I’ve always been obsessed with that instrument from an early age. But the stuff I’m talking about is not necessarily as valued in classical music as you’d think.

DI: This album has been seen as a little more accessible and more “pop” than your previous albums. Is there a particular reason for that?

AB: It’s hard to say. It’s a matter of degrees, really. I don’t think it’s that much more pop, it’s just that there’s a restraint and a brevity that I like about pop music — it’s one of the only things I like about pop music. But it’s really hard to do. It’s the hardest thing to do. It’s very easy for me to go off and be experimental and play wild solos and pat myself on the back for being artistic, but the hardest thing for me to do is to write a really catchy, melodic song that speaks to as many people as possible. That’s the ultimate challenge. This is the hardest record maybe I’ve ever made, this and “Mysterious Production of Eggs” were the most grueling, painstaking “scrap it, start over” kind of records.

DI: This record contains more inspiration from not only your personal struggles, but also your wife’s struggles and from having a child together. Did that impact the difficulty of making this album?

AB: It was very difficult when the record came out, yes. Writing it was natural — you write about what you know, and I knew some hard times, so there you go. But having it be about some personal and private things, that’s the whole point of the title really. I’ve just kind of making fun of myself really for finally making this record that my younger self might have looked on with some suspicion. I’ve always looked at the confessional “bleeding-heart” songwriting style with a little incredulity. It’s very strange to be talking (about it). It’s not strange at all to perform the songs at all live because there’s a sacred pact between you and your audience: They have your back. But when you get into the journalistic realm, it feels very peculiar, unpleasant to discuss things outside of the song. There’s something safe about the song format. But yeah, when the record came out … every time I was talking about it I felt I was betraying (them). It’s no fun.

DI: Have you found that touring is different because of you family?

AB: It just gets harder and harder as the child gets more conscious and they start to understand the passage of time. The first couple years, you can really say, “I’ll be right back,” and they’ll maybe not feel it as much, but now it’s getting harder. This one especially feels pretty tough. It just started. It’s pretty rough.

DI: Along with touring, why did you decide to play at Canopy Club rather than another arena show?

AB: We got offered this Lumineers tour, they’re all arenas, they’re massive. We do what we call “fill dates,” when there’s more than one day off, I’ve got 12 people on the payroll I’ve got to keep paying.

I wish I could give you a more inspirational answer, but it is purely economics. But, it is nice. We only get to play 45 minutes each show, and it goes by in a split second, so it is nice to play in a rock-n-roll club. It’s good for morale. I find the smaller the venue, the closer the band is together, the better we feel about ourselves and our music.

DI: Is there a sentimentality you get from playing in Illinois since you’re Illinois born and raised?

AB: Sure, I mean — not just Chicago but I’ve spent time in rural parts. I actually went to Illinois Wesleyan for one year, and I would go down to U of I to visit friends. It’s familiar territory. I understand the people better than I do in other places.

DI: Do you have any other comments about the tour and the album?

AB: Gosh, I don’t know. In spite of those hard times I was talking about this record and this record cycle, I feel stronger than I did in music, which is strange as I’m getting older, you would think that, but I feel more solid and like I’m singing differently and better than I have. I think this should be a fun show.