Beyond the rose: UI grad shares her experience on ‘The Bachelor’ 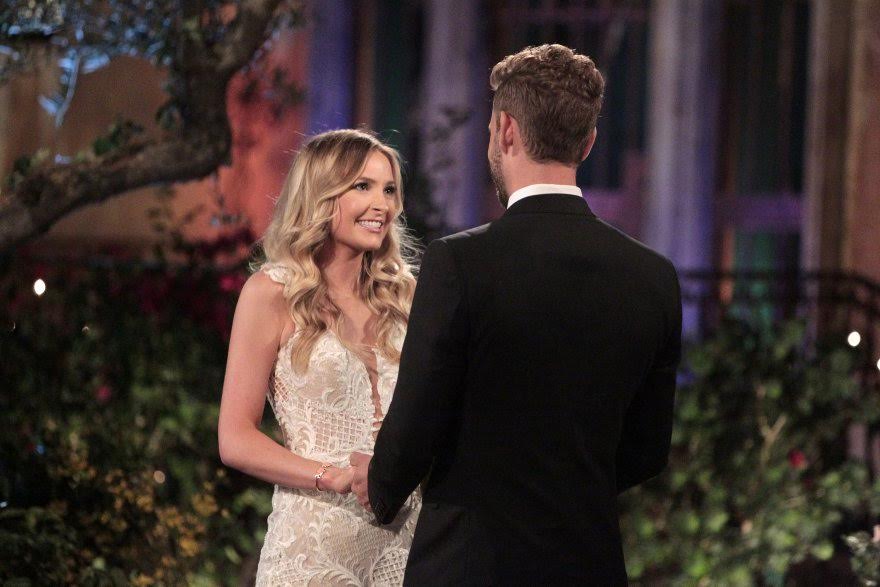 This University grad took a break from her job — for a chance at love. Elizabeth Whitelaw, who graduated in 2014, spent recent months on Season 21 of ABC’s “The Bachelor,” in hopes of starting a relationship with Nick Viall. The only catch? There were 29 other women on the show also trying to find a way to his heart. Even though Whitelaw did not receive that final rose (she was eliminated two weeks ago), she still enjoyed the experience, which she shared in an email below:

Daily Illini: What do you miss most about the University?

Elizabeth Whitelaw: I was a psychology major and a member of Kappa Alpha Theta (hey, ladies!). U of I is a very unique school experience because it’s rare to find a large school that is both strong in academics, extra-curriculars and has a strong social scene. I loved knowing that I was making the best college memories while getting the best education out there. I really miss my sorority and living in the same house as 200 of my friends!

DI: Why did you decide sign up for The Bachelor?

EW: I have watched The Bachelor since I was 13 years old. I’ve watched it in the TV room at Theta for Bachelor Mondays, and on my own living room couch now.  Like many girls out there, I had always wondered what I would do if I was on the show; what I would wear out of the limo, what I would say to The Bachelor when we first met, what it would be like to live in The Bachelor mansion, and how it would feel to fall in love like I’ve seen people do on the show. I told myself if I was single in my mid-twenties, I’d give it a shot. Why not?! I broke up with a long-term boyfriend of mine last year and have been focusing on myself this year. I know that one day I’ll hopefully be married with kids and with a career. So, I wanted to do something for myself now so I can be the best version of myself later on in life with no regrets and no “what ifs”. The opportunity came knocking to take the adventure of a lifetime, so I went for it!

DI: Did Nick being this year’s Bachelor impact your decision at all?

EW: It was definitely a shock that Nick was announced. At that point, I thought it was going to be either Chase, Robby or Luke, and for a long time I had mentally envisioned what my relationship might look like with each of those men. Something about Nick being the Bachelor was very exciting to me because he is not the kind of person I typically am interested in. So, to me, it became an opportunity to get to know somebody that I would normally never pursue, and that was a very freeing feeling! I wasn’t worried going into it because I can get along with a wall, so I thought if Nick and I didn’t click, it was probably for the best.

DI: How did you feel going into the limo night where you first got to meet Nick?

EW: Getting into the limo was the least nervous I had been in days! I wasn’t prepared for how much I would psych myself out in the days before the first night. It was mental torture because I just kept running through my head of what to say and my strategy to catch Nick’s attention with 25 plus other beautiful girls there. And I was worried that there would be mean girls there! So, when I was finally called into the limo and met the other girls and saw how awesome they were, I finally felt like myself again and felt very confident in what I was going to do that night when I saw Nick.

DI: Do you have any favorite memories of the show you can share with us?

EW: Seeing and living in The Bachelor mansion was as cool as you can imagine. My favorite part was hanging with the other women in the house. I’ve never clicked with so many people so quickly, and we just goofed off all day with drinks by the pool and had a blast. I met some lifelong friends there, and I’ll be forever grateful for that.

DI: What are your plans now going forward? Would you ever consider doing a Bachelor-type show again?

EW: I still have my 9-to-5 job and I have plans for my career moving forward that will come with time. My girlfriends and I in Dallas are starting a lifestyle/comedy/dating video series on Instagram and YouTube. I just want to make people laugh, so I’m excited for people to get to know me through my videos. I would absolutely do another Bachelor-related show again. I truly believe in the process and even though it wasn’t successful for me the first time, it just takes the right person on another season to make it all worth it.