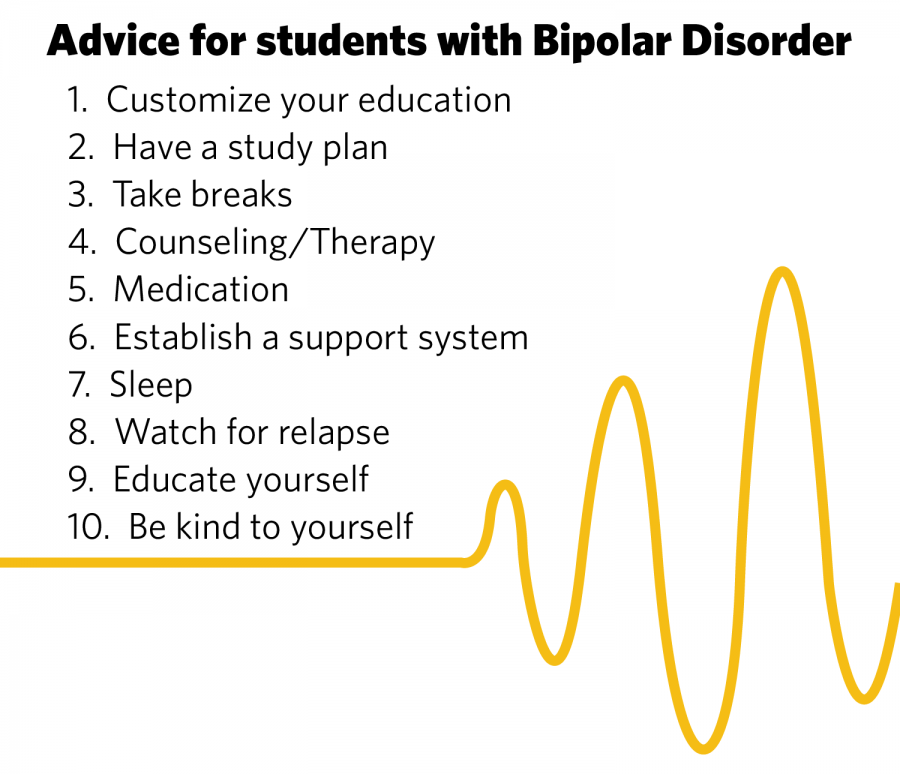 In the two and a half years that Amanda Bryan has been the president of the Urbana-Champaign Depression and Bipolar Alliance, she has seen the organization grow immensely.

In the past, there was just one support session for those afflicted with a mental illness and another session for friends and family. Now there are four total sessions, including one for young adults.

Bryan recognized the importance of having a support group specifically for college students who are subjected to a high-stress environment.

“I think it’s very important, and that’s why we started the group on campus. I think there’s a lot of stress and anxiety that goes along with being a new student or being a current student or even a past student,” Bryan said.

Bryan said many students don’t realize at first if they have depression or bipolar disorder and are curious to see if that is the issue. She said a lot of students attend to get information about resources.

Brian Robinson, senior in LAS and facilitator of the young adult session, said that the onset of a lot of mental illnesses is between the ages of 18 to 24. Robinson said he wants students to realize that they are not alone when it comes to dealing with mental illness.

“I see so many similarities of the things they talk about. Most people this age are struggling with the same things. People think they’re on their own, but in reality, there are people going through the exact same stuff,” Robinson said.

Sten Johansen, who facilitates a session for all ages, wrote in an email the importance of the Alliance. Johansen said the Alliance is the only mental illness-specific support in the area for students and community members.

“They have reached the point where they want to take control of their lives and their destiny,” Johansen wrote. “Our group is not very successful with those who are still in denial and are not serious about taking their medications and being compliant with their treatment programs.”

Johansen stressed patients must find it within themselves to utilize the Alliance’s services because these illnesses have no specific cure. The patient reaches a certain point when they decide to take control and “be the victor in the fight against the acute illness.”

“It is completely free, unlike all the forms of professional treatments in the area,” Johansen wrote. “Many of those treatments are difficult to gain access to, and many are of rather mediocre quality. This includes, unfortunately, some of the psychiatric care available locally. In DBSAUC we can compare our experiences with various professionals and their treatment methods.”

However, Johansen and Robinson both acknowledge the stigmas that surround support groups.

“Many outsiders conceive of support group members as people who are too weak or lazy to solve problems on their own. In fact, research and current statistics show that those who regularly attend support groups for these illnesses are by far the most successful and achieving treatment compliance and at making significant improvement in their lives,” Johansen wrote.

Johansen stressed that this notion also applies to improvement in maintaining good housing and good employment.

Robinson has seen the positive effects the Alliance has had on patients.

“It’s done a lot of good for a lot of people,” Robinson said. “It’s really inspiring for me to see people come in a state of distress and watch them grow into people more comfortable and confident and able to face the struggles they encounter in their lives.”

The Alliance not only is an outlet for those with depression and bipolar disorder, but also anxiety, postpartum depression, post-traumatic stress syndrome and psychosis.

Bryan said the group never turns someone away and it is also open to assisting in any situation.

Due to the Alliance’s heavy emphasis on outreach, the number of sessions will expand. On Thursday nights, there will now be a congruent patient-only session as well as the friends and family of those afflicted.

Bryan explained that it logistically makes more sense for friends and family to travel with the patient.

Overall, Johansen said support groups aide patients in ways they might not realize. He said there is something inherently therapeutic about being with other who share the same experiences as you. He stressed that the people in each support group are always available to help, especially when it becomes desperately needed.

“Accept your illness and learn everything you can about it, because that knowledge becomes power in fighting the illness so that you control it, and it does not control you,” Johansen wrote.

If you are currently struggling with a mental illness and would like to attend a support group session or would like to meet with  Bryan before considering attending a session, contact [email protected].