Pizza FM gives listeners a slice of all genres 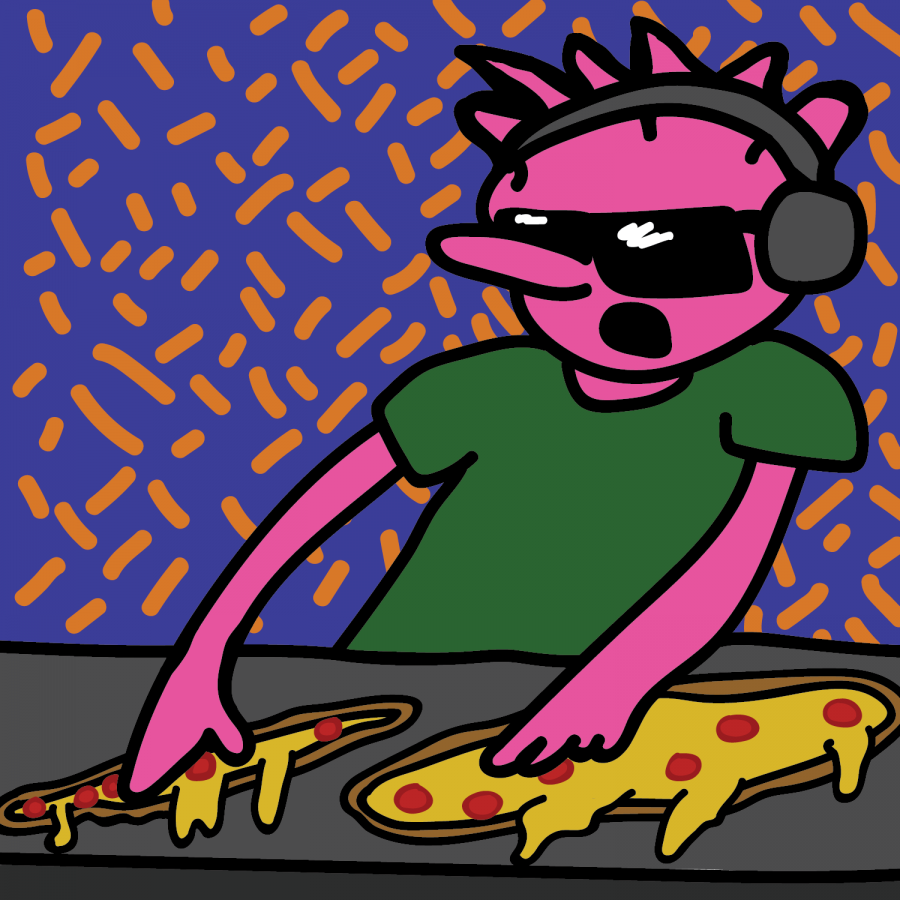 From around 3 p.m. to midnight every day in the basement of Allen Hall, students at the University become DJs on an indie online radio station with around 50 different shows.

“We broadcast over the internet, and being non-commercial and completely student-run, we don’t really get enormous amounts of money from sources,” said Rick Lewis, president of Pizza FM and junior in Engineering. “We exist mostly from third-parties and fundraisers. We also get a little bit of money from the school, but not much.”

Lewis describes their space as “a retro-fitted dorm room.” While it may not be very huge, they’re still able to comfortably fit a minimum of two DJs, as well as several guests.

“The reason Pizza FM started was because this school doesn’t have an independent radio station,” Lewis said. “We wanted to be able to bring a voice directly to students, so we avoid quoting advertisers, and we have next to no content restrictions.”

The DJs do have to play two new songs from the last three months every hour because of relationships with smaller record labels, but they are not tied to peak advertising time.

Pizza FM’s other rule of thumb is that the DJs can’t play anything that has over one million likes on Facebook. Lewis said this is only really from a financial perspective and that in reality, it’s not much of a restriction at all.

“I listen to some alternative and pop music — I’m a pop junkie — but since Pizza FM is more an indie-style radio station, you have to play artists that are more under-played, which has been a really cool experience for me, finding music that’s more hidden,” said Federico Nater, DJ of his show “Corn Republic” and freshman in FAA.

There’s a wide range of different shows that exist on Pizza FM, which creates a great diversity of things one may expect to hear on a daily basis. From punk shows, to world music shows, to ambient/noise shows or even DJs mixing their own music live on air, Pizza FM doesn’t restrict itself.

“When we have new DJs come on, we will have them come by a show so they can see what it looks like, and then one of us from the executive board will come to their show,” Lewis said. “We encourage DJs to really spend that hour however they want.”

Nater’s show was going to be a “weekly radio drama” but production difficulties led to a change of plans.

“The show kind of turned into a current events sort of thing, mixed in with music I’m listening to. It’s a cool kind of mish-mosh,” Nater said.

He will also bring friends on “Corn Republic” to be his co-hosts from time to time to talk about the news or any current event he feels might be important to bring up. Because of the freedom DJs have on their shows to do whatever they want, Nater and his co-hosts tend to get off topic a lot and speak freely about things people are passionate about.

Another show on Pizza FM called “The Flannel Hour Awakens” is run by DJ Ben Ostrow, senior in LAS. His show received the name because all of the artists played or featured on his show have, at some point in their career, worn a flannel.

“I figured I’d name the show after their most popularly worn article of clothing,” Ostrow said.

Nater said Pizza FM has an amazing community of people who are always willing to help each other out — anytime someone might not be able to make their show’s slot, another DJ will always step up.

“My goal is to give exposure to lesser-known artists in genres mostly of pop-punk, emo-revival, or like Midwest emo from the ’90s,” Ostrow said. “I’ll go on for about an hour, from 11 a.m. to 12 p.m. on Sundays, and I just go through a pre-made playlist of songs I’ve made, and about every three or four songs I’ll talk. I do have one spoken segment called ‘Dear Blank’ where I rant about things I dislike for maybe four or five minutes, and then I have a weekly wild card where I play one song that’s completely random and different from everything else I play.”

Ostrow enjoys giving exposure to local artists from the Champaign-Urbana area and said it’s important to have people listen to their music. Over the course of his show, he’s had several people reach out to him on Facebook asking for the names of these local artists. To Ostrow, this is a great achievement.

“I have a pretty big list of artists that I draw from, but they’re all from Chicago,” Nudelman said. “I’ve played about 33 hours of radio air time over my two years of being a DJ. The first three months of my show I used to plan and practice what I wanted to say, but now that I’ve been doing it for over a year, it’s become second nature.”

For Nudelman, being part of Pizza FM has provided a sense of importance to his relationship with music. Without Pizza FM, Nudelman said he never would have been given the chance to meet other DJs and artists who are just as passionate about music.

With the variety of shows on Pizza FM, it can be hard to listen to all of them, so Lewis has been trying to give certain shows more exposure as an attempt to gain listeners.

“I’d like to really increase our listenership and become a fairly powerful entity within the community in terms of just hosting shows, and kind of forming a network for musically inclined people,
Lewis said. “We definitely do have some dedicated listeners, but we could definitely expand more. It can be difficult to accomplish in the broadest sense because people don’t really tune in by default, but we’ve had some really good results with just promoting individual shows lately. Our biggest strength is the pure variety of shows presented by our dedicated DJs.”

As for how Pizza FM got its unique name, Lewis said “that’s way above my pay grade, but if you find out please let me know.”