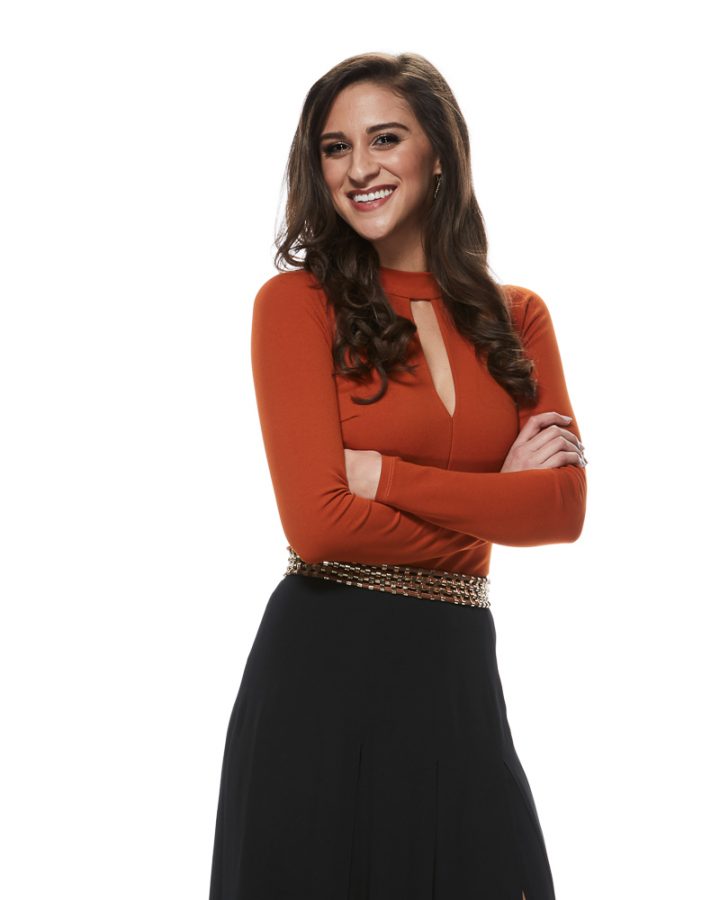 You can take a girl out of the cornfields but that doesn’t mean she will forget them when she makes it big.

University student Micah Tryba gave her school a shoutout on national TV after singing on the show “The Voice,” with a performance that even left judge and country singer Blake Shelton saying, “I love Champaign.” Since Tryba made it past the audition round, she is taking a break from studying veterinary sciences to see where the show takes her singing career. The Daily Illini talked with Tryba to find out why she auditioned for the show, what it was like choosing between Shelton and Gwen Stefani (who are a couple) to be her coach and why she really misses Green Street now.

The Daily Illini: Why did you decide to try out for “The Voice?”

Micah Tryba: It was actually a funny story. My mom and I were actually in New York just for a weekend. “The Voice” happened to be in town doing their on-call auditions, and it was something that we both kind of always wanted to do so we were like, “Ok why not, we’ll take an afternoon and go audition for ‘The Voice.’” I ended up having to extend our trip in New York because I got the call back, and it was very on a whim and it all panned out. And obviously I’m super thankful that it did.

DI: How did participating in a cappella in college help you prepare for this?

MT: Out of all of my experiences singing and performing, I think my time with “No Comment” (University a cappella group) was definitely the most helpful in terms of preparing for this. We got to travel all over the place and perform at all kinds of venues and … singing a cappella, you don’t have any instruments, so ear training was a huge part of what I learned. And the performance end of it — a cappella is very flashy, and you have to have a lot going on onstage since you don’t have any instruments. It helped me not only musically but just in terms of stage presence and performance quality as well.

DI: Why did you choose the song “I’m Every Woman” for your audition?

MT: Whitney Houston has always been a huge influence musically for me. She’s always been my number one in terms of artists that I look up to and inspire me. It’s a high energy song. I was a little nervous taking that on at the same time because it’s such an iconic song, but it’s one that I’ve known forever and am familiar with it, which is important when preparing for a moment like this. There’s just so many nerves involved, and it’s nice to know a song like the back of your hand.

DI: How did you feel when that first chair turned around?

MT: Insane! It’s a very weird  … you’re singing and you know he turned around and you’re so incredibly elated in that moment, and I almost wanted to break down in that moment but you have to keep singing. You can’t stop just because they turned their chairs around. But it was a huge wave of relief and excitement. I remember saying to myself, “Don’t look at him, don’t look at him! Ignore him, keep going, keep going!” That chair turning is what you’ve been working toward all this time.

DI: What was it like choosing between Gwen and Blake?

MT: It was so difficult, honestly. Both of them had such amazing things to say. They edited a lot that was said out of the episode for time reasons obviously. She (Stefani) was so nice. Her and I connected on a lot of things not only musically … But then Blake also had some amazing arguments and was like picturing me in the finals of the show which was huge to hear. I think what sealed the deal is the whole time I was there preparing at the audition at the show I heard so many wonderful things about Blake as a coach and as a mentor, and I heard that he’s incredibly invested in the people on his team and he likes to form real relationships with his contestants. It’s hard to block all of that out because I heard so many wonderful things. And since he’s been on the show for so long.

DI: How are you preparing for the next episode?

MT: The battles are coming next. I’ve learned a lot through this experience. I’ve learned about my voice, outside of what I’ve done in a cappella. I’ve realized how important it is to really be singing every day. I notice a huge difference even when I take a few days off … in college I had to sing everyday so I didn’t know what it was like to take that time off. Now that I’m in the real world I have to be conscious every day to do those warm-ups and to keep preparing and bettering myself and hopefully stick around in this competition.

DI: Los Angeles is a big change from the cornfields of Illinois. How do you like it so far?

MT: It’s totally wild! I’d never seen the Pacific Ocean before. The weather is fantastic this time of year especially when we are all cold and nasty in Illinois. I will always have a soft spot for Champaign, Illinois!

DI: What do you miss most about the University right now?

MT: Cracked is definitely on that list, and I hear they are opening a store, which makes me mad that I’m not there to experience it. I think what would be number one on that list is my friends from “No Comment.”